Indiana Highway Construction Will Be Strong; Major corridors are under construction in Indiana; the Ohio Department of Transportation’s TIGER project applications seek a total of $587,899,855 in ARRA funding.

As a result of funds available from the lease of the Indiana Toll Road, the Indiana Department of Transportation (INDOT) committed to completing 104 transportation corridors by 2015. As of 2009, 34 of these corridors are complete and open to traffic, 16 are under construction and 40 percent of the program dollars have been invested. About $900 million has been invested. 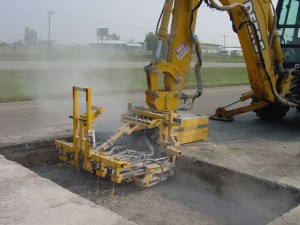 Due to low bid prices received at INDOT bid lettings in recent months, an additional $464 million will be allocated for construction during 2010-2012.

By the end of 2012, 650 bridges will be rehabilitated or replaced. This number amounts to over 15 percent of the state’s inventory of bridges. Also the end of 2012, the remaining approximately, will have invested $1.74 billion of Toll Road Lease proceeds, and over 78,000 Indiana jobs will have been created.

Construction spending by INDOT rose sharply from just over $800 million in 2008 to $1.379 billion in 2009. Spending in 2010 will decline slightly to $1.129 billion, before rising again in 2011 to over $1.343 billion. These figures are for major new construction and preservation construction projects and do not include potential federal American Recovery and Reinvestment Act (ARRA) funds Indiana is seeking that have not been allocated to other states. While this number represents a decrease from 2009, it is still substantially above the Indiana spending average of $600 million to $800 million per year. Significant corridors that are under construction and will be completed by the end of 2012 include:

INDOT has announced that the Interstate 69 construction project from Indianapolis to Evansville, Ind., includes accelerating construction of sections one, two and three from Evansville to near Crane, Ind. Completion of the approximately 67 miles of new interstate highway is expected by 2012, three years ahead of the projected completion date. This will be accomplished because the funds are available from the Major Moves program, the current economy allows INDOT to take advantage of good bid prices on all construction projects, and because Southwest Indiana sorely needs jobs.

INDOT will utilize a combination of design-build and the traditional design-bid-build methods to accomplish this accelerated program.

After severe reductions in Kentucky Road Fund revenue for fiscal year 2009 and fiscal year 2010, the Consensus Forecasting Group (CFG), a bipartisan group of economists that monitors the state’s revenues and economy on behalf of the governor and General Assembly, predicts a slight upturn for fiscal years 2011 and 2012. However, the increase in revenue will not be adequate to undertake new projects, according to Tammy Branham, executive director of the Kentucky Transportation Cabinet (KYTC) Office of Budget and Fiscal Management. She recently made the comments to the Kentucky General Assembly’s Interim Joint Budget Review Subcommittee on Transportation.

The Kentucky State Construction Account has been a major casualty of declining revenue. State construction, budgeted at $161.4 million for fiscal year 2009, was later reduced to $100 million. For fiscal year 2010, in order to help meet a budget reduction, debt service totaling $106 million was postponed through restructuring and not issuing bonds. (Bonds are not sold until revenue is needed to pay for projects that will be funded with bonds.) State construction for fiscal year 2010 has been reduced to $94.6 million from the original $196.4 million.

Branham noted that the budget enacted in 2008 had authorized $60 million in revenue bonds for aviation projects with debt service to be paid from the Road Fund. She said $9 million in bonds had been sold to help fund the Bluegrass Field runway extension. The debt service on these bonds will be $1 million annually. In view of the Cabinet’s financial situation, she said the Cabinet has no intention of selling the $51 million authorized, which would cost the Road Fund $6.4 million annually in debt service.

Targeting major transportation projects that will have a significant impact throughout the state of Ohio and the Midwest, Ohio

The Illinois Road and Transportation Builders Association (IRTBA) reports that the economy in Illinois will remain shaky – especially in the private sector. However, the Illinois Jobs Now! program will provide a multiyear robust highway and bridge program. ARRA funding is being applied to paving and road maintenance work, but it does not include any large-scale infrastructure projects in Illinois. The delay in reauthorizing the federal Safe, Accountable, Flexible, Efficient Transportation Equity Act: A Legacy for Users (SAFETEA-LU) is preventing critical projects from moving forward, IRTBA reports. The delay is causing an interruption in the acquisition of equipment as well as difficulties for companies engaging in long-term planning.

The Underground Contractors Association of Illinois (UCA) reports that there is no sign of the underground residential construction market rebounding in 2010. Estimates indicate that there are 70 to 80 months of backlog work that are completed. Labor contracts expire in May, and UCA’s members say they cannot afford pay raises due to the lack of work.

UCA reports that ARRA funds have been applied to the State Revolving Fund (SRF) and that the Obama Administration has increased the allocation of funds to SRF infrastructure projects. The funding is for sewer and drinking water projects. However, according to UCA, municipalities in Illinois do not have funds to begin the projects. The SRF program requires 20 percent local funding; the remaining 80 percent is paid from the SRF.

UCA expects road construction to increase in Illinois in 2010, but there will be little “trickle down” work for underground contractors.

The Associated General Contractors (AGC) of St. Louis, Mo., reports that the commercial construction market in the St. Louis area has not begun to rebound.

“Funding for projects is extremely difficult to attain. There are projects that have been placed on hold indefinitely while they wait for fully executed funding documents,” Leonard Toenjes, CAE, president of the AGC of St. Louis, said.

“Our sources are reporting that the funding stream is so constricted that in order to proceed, some projects are being redesigned and usually downsized; and funding is being sought through consortiums rather than single-source financing.

“Some highway projects in Missouri have received ARRA funding, but for the most part, states are utilizing ARRA funds to backfill their own revenue shortages.

“Without financial institutions willing to fund projects, the outlook for privately funded projects is bleak. Likewise, the steady decline in state revenues doesn’t lend itself to states being inclined or able to fund public works projects or economic development 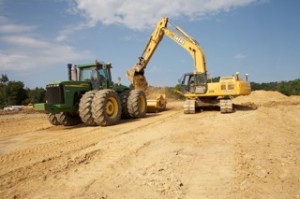 projects through the use of tax incentives.” Toenjes said that a delay in reauthorizing SAFETEA-LU causes problems.

“Transportation departments typically work from a multiyear planning process. The predictability of a funding stream is essential to planning. Every delay in reauthorizing SAFETEA-LU not only impacts the federal funding model, but it also causes local and state funding to become more uncertain,” Toenjes said.

Toenjes pointed out that there are fewer projects being bid in the area with many more bidders on each project. “The cost of constructing a building is a bargain in today’s market – there is a lot of competition. Technology will play a larger role as those tech-savvy contractors who can travel across geographic boundaries can more effectively follow markets and customers.”