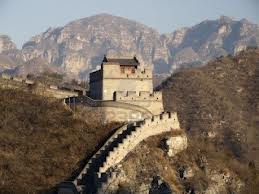 Daily our world is becoming more involved with China on all levels and we know so little about the oldest civilization on earth.  The geographical distance that separates our two words has and still serves as a curtain that prevents us from knowing and understanding more about the people who gave us pasta, gunpowder, paper and dozens of other things that have become integral to our lifestyle.

The Internet and web based communications have certainly diminished the distance and made the curtain more sheer but certainly not clear. The following is the first in a continuing series of articles on China, it’s people, politics, practices and the changes it is experiencing. There are an endless litany of questions we have once we start thinking about China. These articles will answer some and probably stimulate more. If you have questions that you would like addressed please send them to: greg/sitek@comcast.net or directly to Matt Wisla: matt.wisla@yahoo.com.

Matt Wisla is an old friend who has just returned from living and working in China for the last nine years. He knows and understands how business is conducted in the Middle Kingdom and is able to give us an American’s insight into that world. This is an opportunity to gain a sliver of insight into a world that is still new too us but more than 8000 years old.

The Party and the People:  How the Communist Party

Rules China and Why That’s OK with Most Citizens

Then there was the time our family dog pulled the Thanksgiving turkey onto the floor and began devouring it.  A moment’s inattention while setting the table spelled opportunity for one yellow lab and disappointment for a house full of relatives.  What’s to be done after the turkey hits the deck?  We ate more stuffing.

In China, disappointment during this year’s Mid-Autumn Festival is an occasion for filing insurance claims.  That’s because a German insurer teamed up with China’s most popular Internet shopping site to offer a new policy for the Festival.   Also popularly known as the Moon Festival, the national holiday takes place in September or early October each year (September 19-21 in 2013) and is a time for family reunions, outdoor lantern displays, romance and gazing contemplatively at the moon, a symbol in Chinese lore of harmony and unity.  And if an intrusive cloudbank blocks your moon view?  That’s where the insurance policy comes in to temper the disappointment.

Of course, weather related natural disaster coverage is nothing new to the insurance industry, but there are two reasons why the Mid-Autumn Festival policy is noteworthy for businesses.  When Allianz, the international German insurance company, partnered with the hugely popular Taobao site the distribution of company’s new product raced from zero to China scale instantly.  A significant achievement in a complex, challenging market.  It is also worth noting that the innovative new policy, launched about a month prior to the Moon Festival, perfectly reflects local customers and their culture.  It may seem like an obvious point, after all you certainly wouldn’t expect to sell much Moon Festival insurance in Germany, but it’s surprising how many foreign companies – both large and small – struggle, or even fail, in China by not adapting their products to meet local needs.

For western food companies for example, the recipe for success in China often requires unexpected new ingredients that reflect local palates.  It wasn’t long ago that a McDonald’s Quarter Pounder in China was the same hamburger it served in the US.  Responding to the “When in China” mantra, a hotter sauce was added along with cucumbers.  And there was a time when western style potato chips languished on store shelves in China.  Until companies started making them in flavors like Peking Duck and Tomato Seafood.

While China has been celebrating the Mid-Autumn Festival since the days of the emperors this year the government made a high profile change, and it has nothing to do with insurance.  The Communist Party banned officials from buying traditional holiday gifts for supervisors and other Party officials, and decreed an end to Moon Festival banquets held at public expense.  Some officials saw the new rules as lunacy while other, mostly younger, bureaucrats breathed a sigh of relief at being spared the gifting and banqueting formalities, according to reports.

The prohibition made a point of singling out one time honored Festival mainstay – mooncakes (a flakey pastry treat stuffed with red bean paste, salted egg yolks or other morsels).  According to the

Mooncake sales plummeted immediately, along with Chinese liquor and restaurant receipts.   “We usually would have sold mooncakes worth half a million yuan ($81,700) by this time in previous years, but this year we have only netted tens of thousands of yuan,” complained the owner of an online mooncake franchise shop in the city of Chengdu.  “Few people are interested in mooncake gift packages worth 500 yuan ($82) or above, while purchases by government organizations in large quantities are hardly seen anymore.”

China’s mooncake crackdown is the latest effort in the government’s long running attempt to quash public resentment and anger over official excess and corruption.  It received extensive coverage in the media, including editorial play in People’s Daily (the Party’s flagship newspaper), as well as throughout social media where the public often vents about the government.  Western reporters in China also wrote about it.  How corruption is addressed and people’s view of it are preeminent issues in China today with significant implications for the Party.

The Rulers and the Ruled

In the US, corruption is opposed on moral and religious grounds, and we have well established laws and institutions designed to protect the public good.  Despite there being plenty of corruption to go around in America, our collective perspective regarding it is fixed and deeply ingrained.   Is there any other way to look at it?  In China, the public mindset similarly opposes corruption, but more out of a sense of fairness, and there is the strong expectation that anticorruption measures will be adopted and enforced as the rule of law and institutions evolve.   But for the government, the imperative to battle corruption goes beyond simply establishing a sense of fair play.

If you are wondering how the Communist Party is able to rule over an increasingly wealthy, globally connected, well educated, modernizing population there is a simple answer: As long as the Party continues to increase national prosperity and improve people’s livelihoods then the majority of the populace is willing to remain in place allowing the Party to control the levers of power.  Traumatic national nightmares like the Great Leap Forward (1958-1961) and the Cultural Revolution (1966-1976) touched and scarred every family in China.  Most people are not eager to rise up and throw their nation into a chaos that once begun no one could know for sure how it would end, especially when the country has made such dramatic advances recently.   Today’s younger generations grew up in a 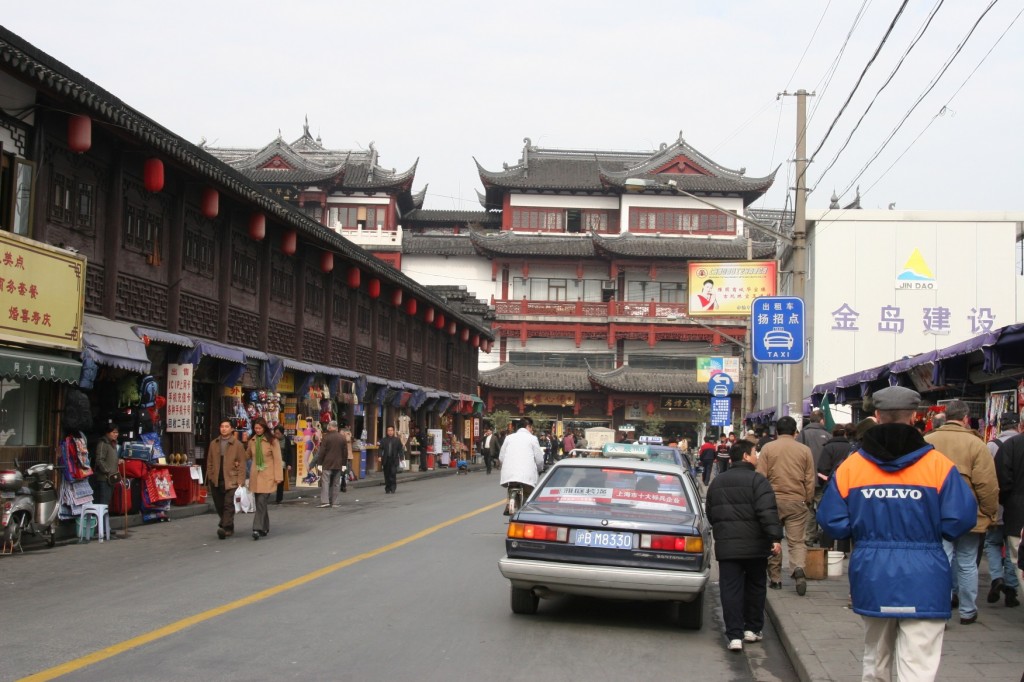 rising China and most are willing to ride the tide as the government focuses on moving or advancing prosperity forward.

Patriotism is part of the national fabric of every country and its impact on society is both hard to predict and impossible to ignore.  Most Chinese today are proud of the country’s recent achievements, its economic growth and rising international stature.   And they want to see this trend continue for themselves and future generations.  While most are quite aware that the Party has significant flaws and know propaganda when they see it, at least for now they are willing to stick with the government until or unless it demonstrates that it’s unable to continue leading in the accustomed manner.

First time visitors to China sometimes arrive anticipating a downtrodden, sullen population oppressed and dispirited by Communist rule.  Fresh from the west, newcomers can be surprised at people’s prevailing sense of optimism and the feeling that China is moving in a positive direction.

However, for the Party its own corruption represents a threatening undercurrent to all that.  National leaders are keenly aware of the ferocity of the public’s anger at the sight of officials dining at lavish banquets or wearing luxury watches far beyond their pay grade.  The same goes for officials spending public money to exchange mooncakes enshrined in gold boxes wrapped in expensive silk.  The bottom line is that if increasing prosperity and spreading wealth is the name of the game, then when officials enrich themselves at public expense the people feel a betrayal that strikes at the very covenant that keeps the Party in power. 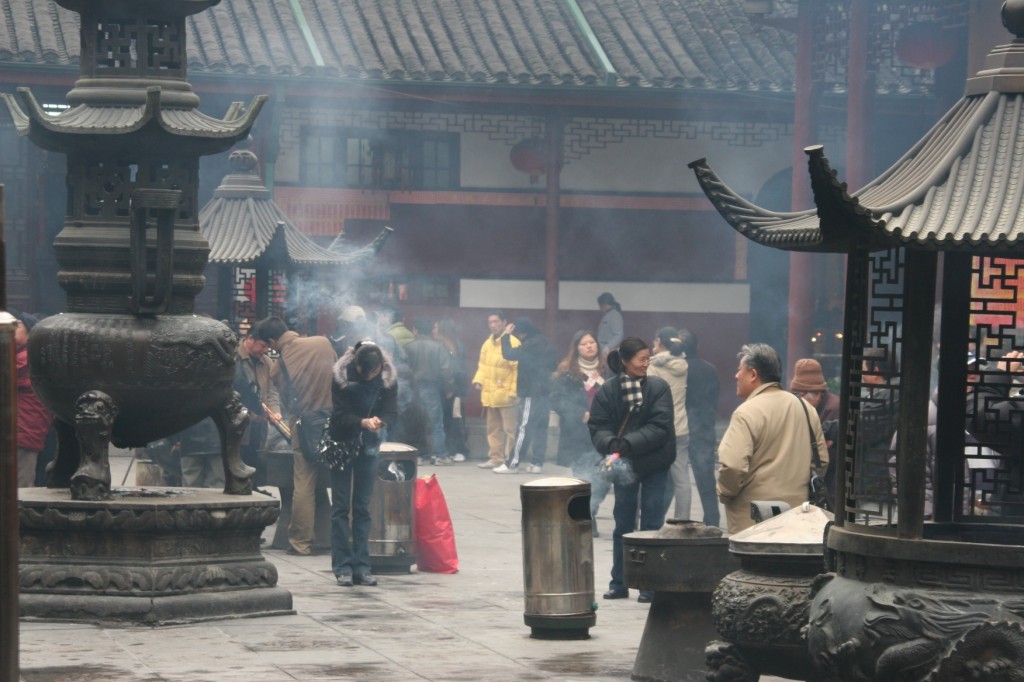 In a sense, if Party officials could be symbolically represented by my family dog on that ill-fated Thanksgiving day.  And there she is in plain sight snorting gleefully while gorging on the turkey we all thought was ours.  Then the Chinese people obviously have every reason not to be satisfied with an extra helping of stuffing.