Associated Builders and Contractors’ (ABC) Construction Backlog Indicator (CBI) expanded by 1 percent to 8.5 months during the 2nd quarter of 2015. Backlog declined 3 percent during the 1st quarter, which was punctuated by harsh winter weather and the lingering effects of the West Coast ports slowdown. CBI stands roughly where it did a year ago, indicative of an ongoing recovery in the nation’s nonresidential construction industry. 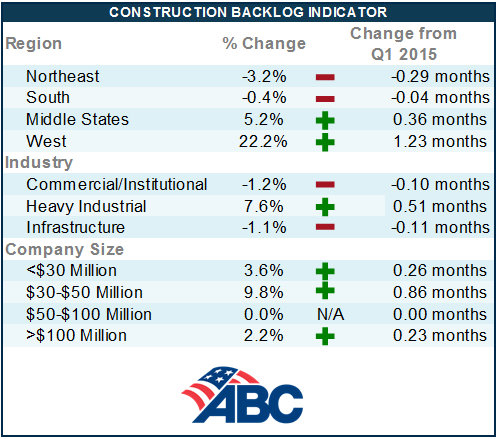 “Though CBI expanded during the second quarter, performance continues to be uneven,” Basu said.  “A surge in heavy-industrial investment in the Middle States, including in the auto sector, and technology-led growth in the West were responsible for the bulk of second-quarter momentum. Backlog actually slipped in the infrastructure category, which remains hamstrung by uncertainties lingering around the Highway Trust Fund. Backlog was not statistically significantly different in the South between the first and second quarters.

“The national outlook continues to be positive,” said Basu. “The most consistently upbeat information regarding U.S. economic performance continues to emerge from the labor market. The nation added more than 2.9 million jobs between July 2014 and July 2015, enough to help drive down office and other commercial vacancy rates in many major markets despite ongoing construction.

“Also consider the tendency for commercial construction to follow residential construction. To the extent that remains true, the recent uptick in residential starts should translate into more commercial starts going forward. All of this should set the stage for further rebounds in CBI during the quarters to come, even in the absence of a long-term policy regarding infrastructure investment in the U.S.” 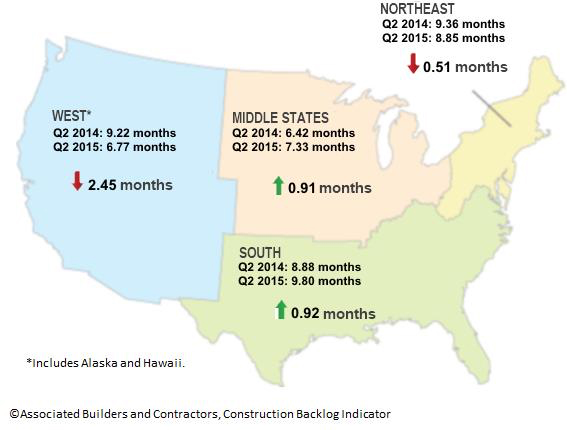 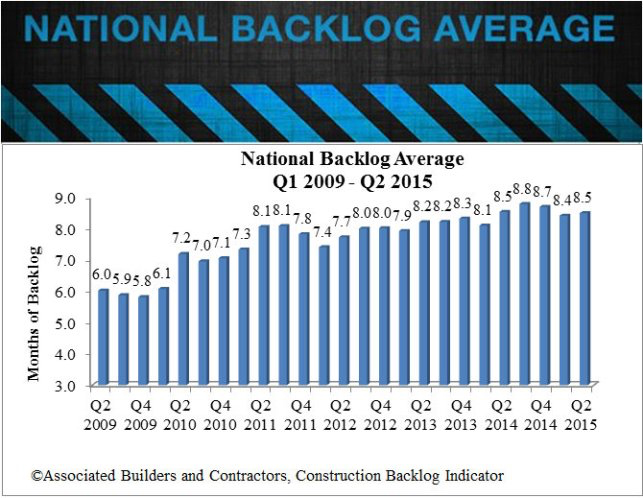 To read more about the latest CBI, click  here