During the second quarter of 2012, all three indices declined, undoing much of the first quarter’s progress and indicating that nonresidential construction momentum is waning. However, index values remain above 50, indicating that construction spending is still poised to expand, just at a slower pace.

Optimism Cools Across the Board 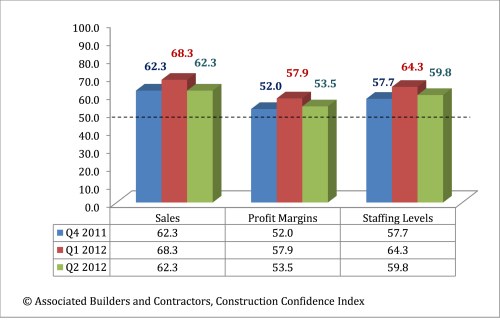 “Nonresidential construction firms have become unnerved by the possibility of the nation falling off a fiscal cliff—due to a number of tax increases and spending cuts that take effect at the end of the year—leading the economy back into recession in 2013,” Basu said. “This would limit private nonresidential construction, which is among the nation’s most cyclical industries.

“A recession also would hammer away at already weak federal, state and local government finances, likely leading to further declines in public spending,” said Basu. “For contractor attitudes to improve further, it likely will take some resolution of the fiscal cliff and positive economic data,” Basu said. 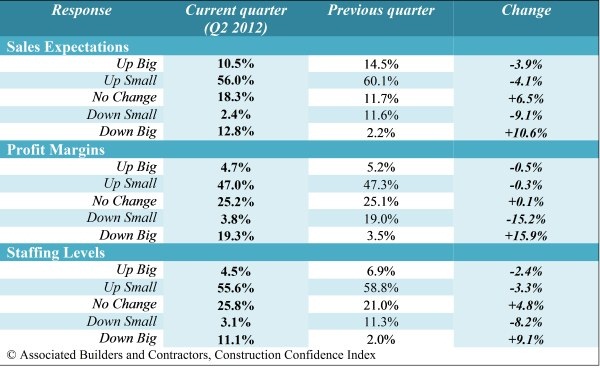 To read more about the latest CCI, click here.