Real gross domestic product (GDP) expanded by 2.6 percent on a seasonally adjusted annualized basis during the year’s second quarter, according to Associated Builders and Contractors’ analysis of data released today by the Bureau of Economic Analysis. Nonresidential fixed investment, a category of GDP embodying nonresidential construction activity, expanded at a 5.2 percent seasonally adjusted annual rate. This follows a 7.2 percent expansion during the first quarter.

“One might wonder why construction firms remain so busy in an economic environment still characterized by roughly 2 percent growth,” said Basu.  “There are many factors at work, including the ongoing boom of the e-commerce economy, which has continued to trigger demand for massive fulfillment and distribution centers even as stores close in massive numbers at America’s malls.  The influx of global investment to a number of segments, including hotel and office construction, also helps explain disproportionate growth in certain private categories.  With global fixed-income yields remaining so low, investors from around the world, including from the United States, are likely to continue to seek out opportunities for higher rates of return in commercial real estate, which thus far has had the impact of increasing property values and triggering construction.

“For the broader economy to accelerate, policymakers in Washington, D.C., will need to begin to make progress on corporate tax relief and infrastructure,” said Basu. 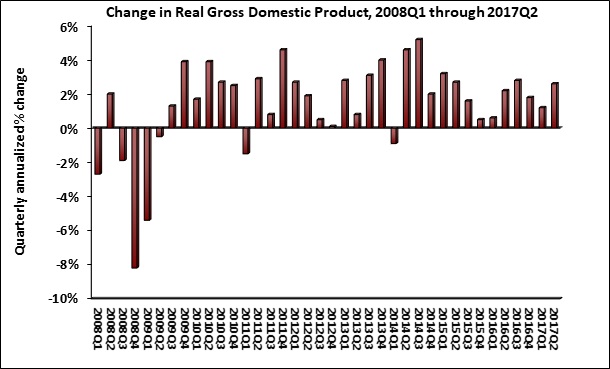