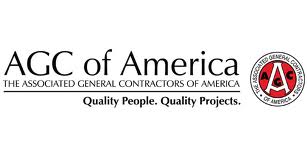 Forty-two states and the District of Columbia added construction jobs between November 2017 and November 2018, while 23 states added construction jobs between October and November, according to an analysis by the Associated General Contractors of America of Labor Department data released today. Association officials said extremely low unemployment rates in most of the nation have made it hard for contractors in many states to continue adding workers, despite strong demand for projects.

“November was the first month this year in which fewer than half the states experienced monthly increases in construction employment,” stated chief economist Ken Simonson. “At a time when job openings are at record highs, the recent slowdown in hiring in some states may indicate contractors are unable to find qualified workers, rather than a slackening in demand for construction.”

The economist noted that job openings in construction totaled 292,000 at the end of October, a jump of 59,000 or 25 percent from a year earlier and the highest October level in the 18 years that the Labor Department has published the series. The number of unemployed jobseekers with recent construction experience—352,000—was the lowest yet for that month. Together, these figures suggest contractors in many states cannot find experienced workers to fill vacancies, Simonson said.

Association officials said the soaring level of job openings points to the urgency of implementing effective career and technical education programs to enable workers to get jobs in fields such as construction. “Contractors in many parts of the country are ready and willing to offer high-paying jobs with great career advancement opportunities,” said Stephen E. Sandherr, the association’s chief executive officer. “Federal, state and local officials should facilitate those opportunities by modernizing and adequately funding appropriate education and training programs.”