A development in the ongoing evolution of machine control technology, is Topcon Positioning Systems’ introduction of its 3D-MCMAX integrated 3D dozer system. Most notably, the new system has eliminated the GPS/GNSS receiver masts and associated cables which are anchored to the machine’s grading blade. 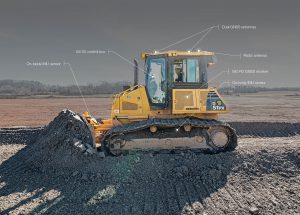 Instead the Topcon system uses two inertial measurement units (IMUs). The IMUs are low-profile boxes about a foot square and two inches thick. One mounts on the backside of the blade, the other on the undercarriage frame. The antennae for the GNSS signal is built into another low-profile box that is mounted on top of the machine cab. 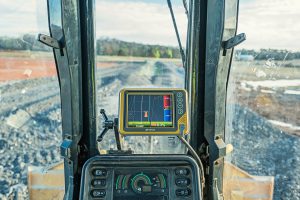 In comparison, a GPS machine control system with just one position sensor on the dozer blade processes location information about 10 times a second. With Topcon’s dual IMU arrangement, the two combined sensors are designed to process information up to 100 times a second. The faster processing speed is designed to give the Topcon 3D-MCMAX system the ability to react to and compensate for small inconsistencies between the blade’s position and the position of the rest of the dozer.

“We like the 3D-MCMAX system’s incredible speed, especially when we’re working on a pond project with an intricate model,” stated Ian McDonald, 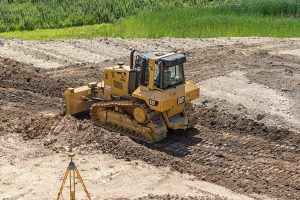 assistant general manager-equipment, ConDrain Company Ltd., Concord, Ont., Canada. “We have a 300-plus equipment fleet so it is good to learn, as we did, that the system works like magic on older machines, thus saving us from needing to invest in new machines in order to benefit from this advanced technology.”

In essence, the system is designed to correct errors in blade position that occur during rough or fine grading.

“In practical terms what that means is that the small errors in blade position that happen when the dozer lurches or the tracks hit low or high spots are corrected almost instantaneously,” said Murray Lodge, senior vice president and general manager of the Topcon Positioning Group and Construction Business Unit. “The end result is that in many cases the dozer can do the fine grading, eliminating the need for a motor grader, and the dozer can maintain higher speeds without needing to slow down to maintain accuracy. Additionally, the dual IMU’s know the blade’s position at all times without cylinder sensors or GNSS.”

With the elimination of the mast and connecting cables on the top of the blade, there is time savings since the operator doesn’t need to install and remove masts and cable assemblies before and 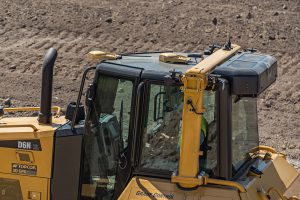 after a production shift. Plus, it can be unsafe when operators are climbing around on the dozer blade for set up and removal. If a company decides to leave masts attached to the dozer overnight, there is a theft risk, since receiver masts are high-dollar items that can attract thieves.

In addition to eliminating additional tasks that can cut into productivity, the cab-mounted receiver with the 3D-MCMAX system gives the dozer operator an unobstructed view of what’s ahead.

“We’ve been using 3D-MCMAX on our dozers for more than a year and have found it to be very user friendly—simple to install and operate,” states John Loudermilk, owner / president, Loudermilk Contracting, Vincennes, IN. “The system is very fast, which helps us complete work sooner.”

As part of the Topcon 3D-MCMAX system, the MC-R3 is an interchangeable receiver with integrated boards for GNSS, radio, and controller to receive RTK corrections, as well as drive valves of the machine.

Mounted on the cab of the machine, is the Topcon-patented Fence-technology MC-G3 receiver/antenna. By arranging the receiver pins in an array or “fence” along patch edges, it increases the effective frequency bandwidth of the antenna. The MC-G3 antenna captures all available GNSS satellite signals, while identifying and rejecting signal noise thus, maximizing grading control. 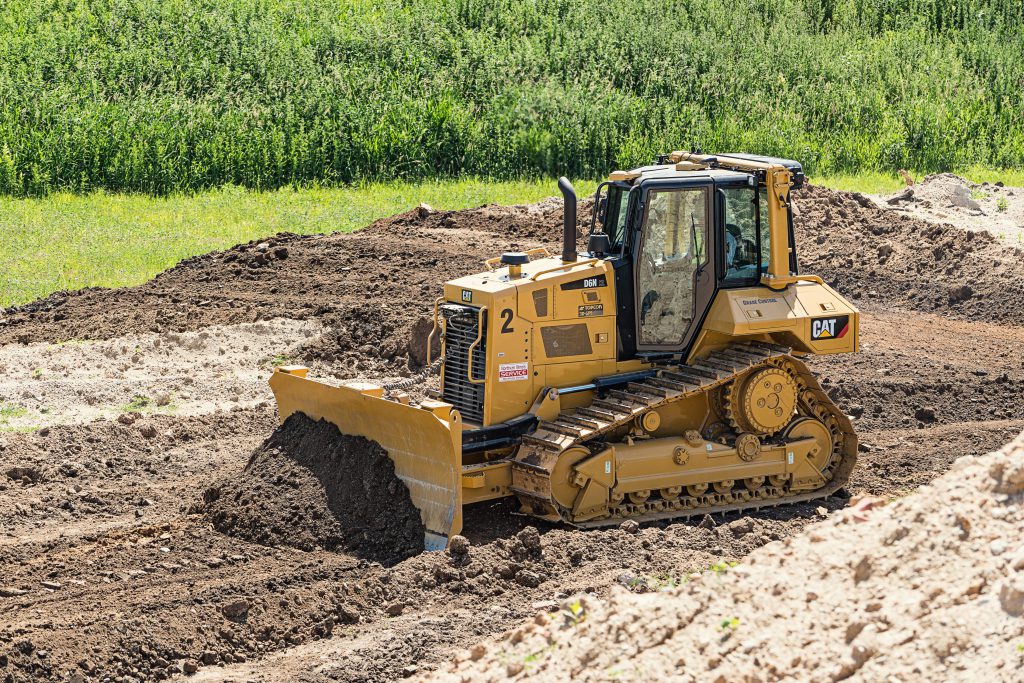 In conclusion, the dual IMU sensors and new, unique algorithms deliver an integrated solution that locates the sensitive GNSS technology safely inside the cab instead of out on the harsh environment of the blade mounted on a receiver mast.