The live auction will take place Thursday, March 26 at 9 am CDT at the Elko Speedway in Elko, MN with live online bidding beginning at that time. Auction registration and pre-bidding are already available at: www.proxibid.com/catauctions.

For 2009 and beyond, Caterpillar has teamed up with Richard Childress Racing and driver Jeff Burton and the Cat Show Car will be available for viewing at this auction at Elko Speedway.

Surplus equipment from OMG-Midwest, Doboszenski and Sons, Shaw Earth Moving, Inc., and others will cross the auction block during this live auction webcast. More than 250 pieces of high-quality equipment will be featured during the event, including: skid steer loade

Cat Auction Services offers its buyers detailed inspections, a range of equipment protection plans on qualified Caterpillar equipment as well as Cat dealer parts and service support before and after the sale. Bidders will also enjoy Proxibid’s full-service customer service and support, which will be available before, during and after the live auction webcast.

Cat Auction Services was formed in 2008 and is a unique partnership of Caterpillar dealers. Cat Auction Services enhances dealer offerings to give customers another option in buying and selling used equipment. The company’s expertise in the heavy equipment industry and world-class product support capabilities allow them to offer a level of quality and assurance never before seen in the auction industry.

Proxibid has webcast more than 16,000 auctions since 2002, and hosts more than 100 equipment auctions each month. 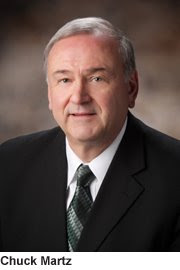 Martz is the first officer from a U.S. subsidiary to ever achieve this level in the SHI organization.

Martz became Chairman of the Board of Link-Belt Construction Equipment Co. earlier in 2009 adding to his current responsibilities of president and CEO. He replaced the retiring chairman, Mr. T. Nagano.