With robust performance across its diversified global portfolio, Bechtel delivered world-class projects, making its 110th anniversary year an overall success. Operations in North America generated more than two-thirds of the new work. Business also was strong in Europe, the Middle East, and Africa.

“With a robust backlog of work, and the strength and stability of Bechtel and its 44,000 employees, we fully expect to ride out the current difficulties and remain a premier engineer-constructor,” said chairman and CEO Riley Bechtel.

Bechtel’s Oil, Gas & Chemicals business unit continued to stand out in the liquefied natural gas industry, helping customers meet growing demand for clean, efficient energy. Bechtel National, a leading service provider to the U.S. government, turned in another strong performance. Bechtel Civil continued its work on significant rail, motorway, and airport infrastructure projects worldwide. Bechtel Power figured prominently in both fossil-fuel and nuclear markets. Bechtel Mining & Metals experienced significant growth throughout the first half of the year, but that was dampened by the impact on its customers of falling commodity prices toward the end of the year. Bechtel Communications maintained a strong position in a tough market. Bechtel also placed a renewed emphasis on opportunities in alternative energy, including wind and solar power.

Project execution continued being enhanced through 24/7 engineering and introduction of an innovative Internet portal for sharing information among project teams. Bechtel helped customers meet increasingly sophisticated sustainability goals through efforts to enhance the capabilities of local people and companies so they can benefit from and beyond its projects. Bechtel also continued to support customers’ efforts to reduce emissions by implementing state-of-the-art technology at new power plants, refineries, and other industrial projects, and through sustainable design and construction. 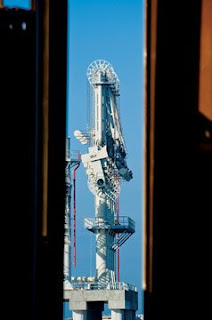 Project completion highlights include the West Coast Route Modernization project in the United Kingdom, with faster, more reliable service adding 60,000 seats per day on a busy line from London to Glasgow; an LNG receiving terminal in Louisiana, one of the largest in the world; and the Sohar aluminum smelter in Oman, completed on time while training 750 Omanis in a variety of construction trades.