“I wish there were more infrastructure money,” Mississippi Gov. Haley Barbour (R) told 16 WAPT News today. Barbour said he would like to see more money for the state’s highways and bridges to rebuild Mississippi in the economic Stimulus Package.

“I think all of us in Mississippi thought we would be getting a lot more than $240 million for our highways and bridges, because that definitely creates jobs,” he said.

Barbour said he believes investing in the state’s infrastructure is a better deal than the money earmarked for changes to the unemployment system.

The governor said he is turning down millions of dollars in unemployment aid because it would force the state to keep the plan funded when the stimulus money runs out by taxing employers.

“I am not willing to require a tax increase on job creation after this federal money runs out,” he said.

Epsilon Energy Ltd., announced today it has begun constructing the pipeline and related production infrastructure known as its Highway 706 project, in which it is holds a 100% working interest, in southwestern Susquehanna County, PA. It has acquired more than 25 miles of right-of-way.

Epsilon, a producer of oil and natural gas since 2006, is drilling its eighth well in the project area, and plans to start gas production before the end of June 2009. The pipeline will deliver gas to Tennessee Gas Transmission Corp. 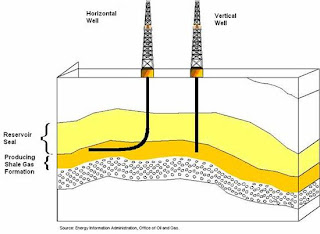