Posted by:  Anthony Foxx on

A month later, we’ve updated the data for both accounts to reflect June’s activity.  I’m sorry to report that the situation has not really changed, and both accounts are dwindling fast.  In fact, we’re nearing the threshold for the Highways Account where we have to institute cash management procedures. 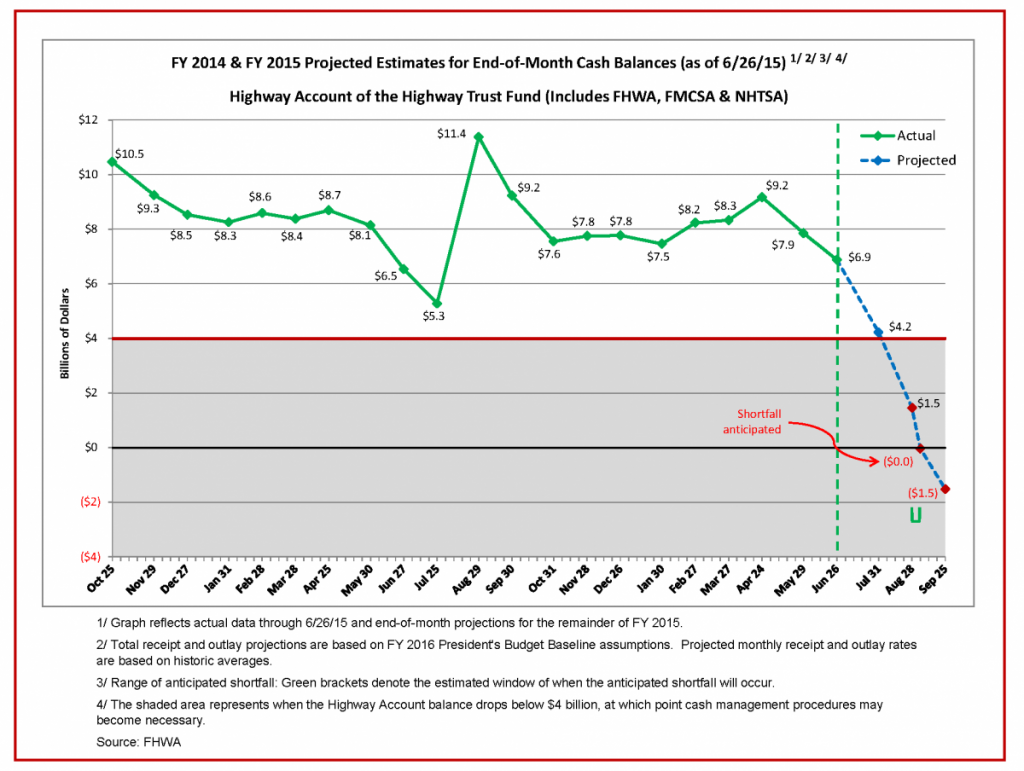 The timing couldn’t be worse because summer is the season for road work –whether it’s patching potholes; renewing pavement, safety devices, and signage; or working on new projects.  And, as more and more of us are finding out each day, America’s roads are not in good shape.

Earlier today, we released fact sheets for every state documenting the percentage of bridges that need major attention, the percent of roads in bad or mediocre condition, and the annual cost to drivers of those maintenance challenges.

As I wrote here this morning, “It’s not a pretty picture.” 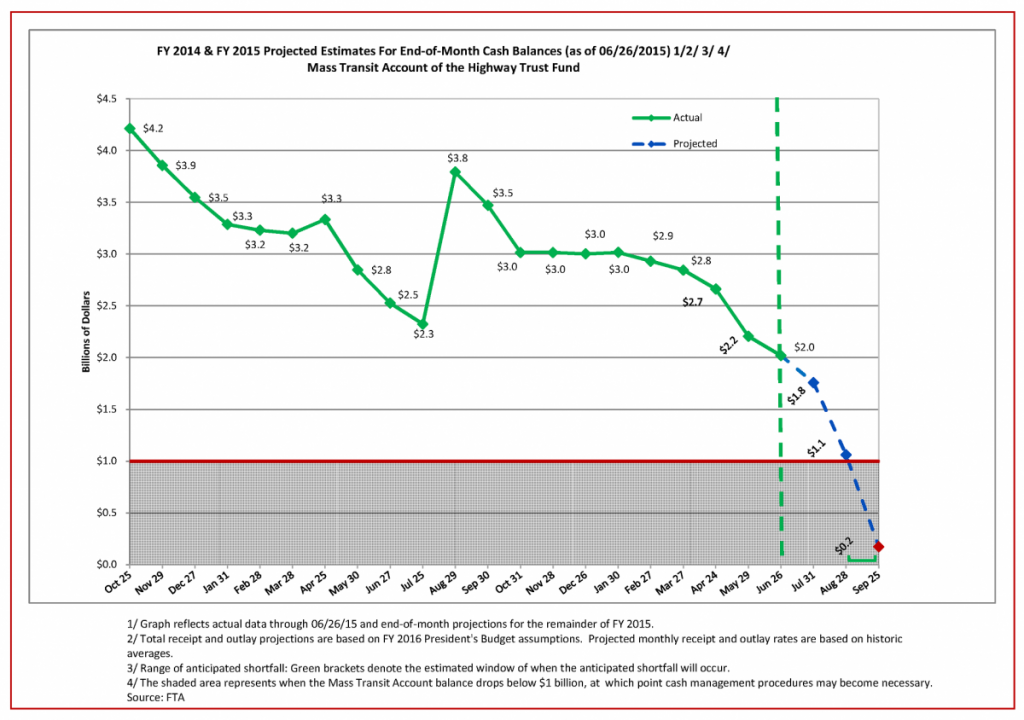 And the picture for transit isn’t great either.  Many of our legacy systems are experiencing the same maintenance challenges our roads face.  And 45 percent of Americans don’t even have access to transit.

With current surface transportation law set to expire by the end of this very month, the time for Congress to act is clearly now.

We’ve sent them a proposal, the GROW AMERICA Act, that would address our road and transit challenges, but GROW can’t fix anything unless Congress passes it and sends it to the President’s desk for his signature.

Through the entire history of this country, we have been nothing if not a Nation of problem-solvers.

It’s time for Congress to live up to that legacy.  It’s time for a transportation bill that lasts more than a few months and increases investment in our roads, bridges, and transit systems.  It’s time to GROW.