As another deadline-driven showdown looms June 30 between the House and Senate on how to handle highway and transit program funding over the short-term, a new report released today by the American Road and Transportation Builders Association (ARTBA) shows transportation improvement programs are struggling in over half the states.

ARTBA’s analysis of state highway and bridge contract awards value compiled by McGraw-Hill Analytics finds that even when adjusted for inflation, the value of highway and bridge work let in 28 states and the District of Columbia over the past 12 months is less than they awarded in pre-recession 2008.

“That’s a major reason why unemployment in the construction industry is over six points higher than the national average,” said Dr. Alison Premo Black, ARTBA chief economist and vice president of policy.  “Over the past four years, this also shows more than half of the states have gone backward in funding their highway and bridge needs.”

Dr. Black said, on average, states depend on federal funds for almost half of their annual capital investments in road and bridgework.

“This data provides compelling evidence that the debate on the federal transportation bill is not an academic exercise, but one that has real world impacts on American jobs,” adds ARTBA President & CEO Pete Ruane.  “It should serve as a sobering wake-up call to the bill’s 47 conferees and all members of Congress that the continued failure to act will have negative consequences for the nation’s fragile economy.” 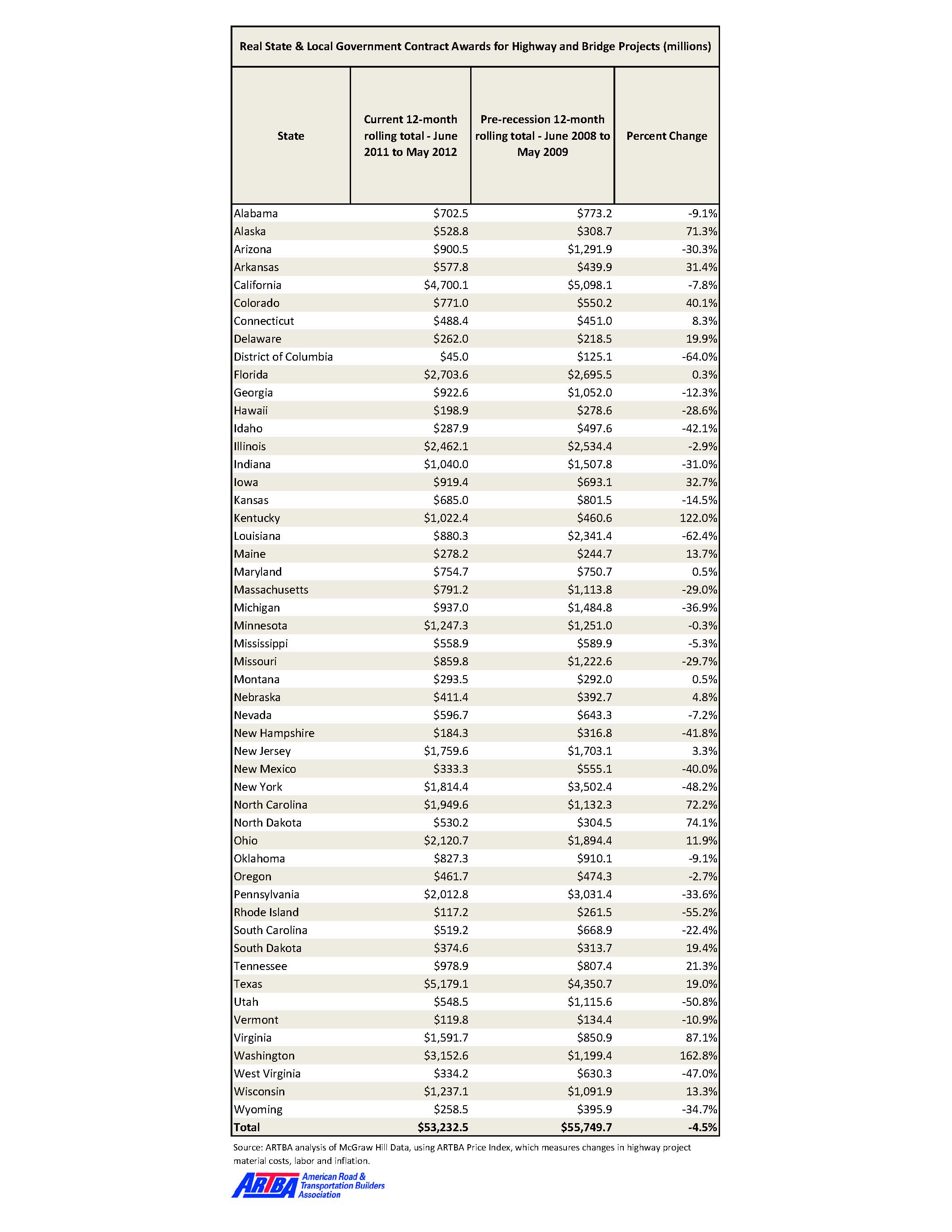