Since 1983, Hydra Bed has built a reputation of providing rugged hay handling flatbeds to the ranching industry. The company has also seen its agricultural equipment used by a number of utility and municipal customers.

Coming from this ranching and agriculture industry, Hydra Bed had a lot of experience with truck bed equipment and attachments. However, it wasn’t until 2013 when Marty Ferguson, of FS3 Inc, reached out to Hydra Bed officials about making a reel handling flatbed to better serve the utility industry. From there, as they say, the rest was history. 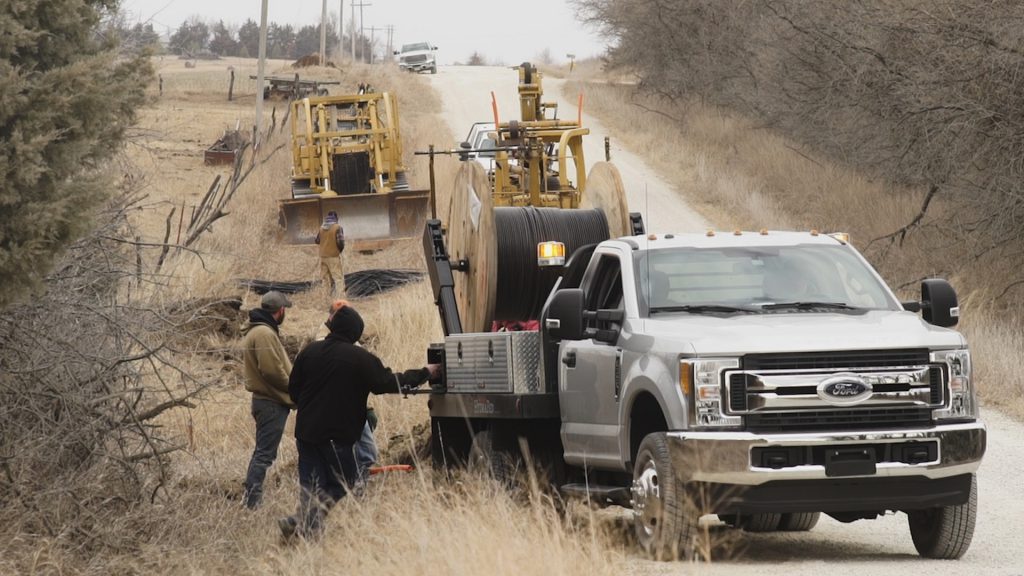 Ferguson set out to design a bed meant to handle reels while not compromising the everyday functionality of the flatbed. After creating a prototype of what he had in mind proved to be unsatisfactory, Ferguson reached out to Hydra Bed to discuss a potential partnership. Knowing of the company’s success in the ranching industry, Ferguson was confident that he could work with Hydra Bed to create a top of the line reel handling utility product.

When Hydra Bed experienced a spike in demand of their ranching products in 2014, talks of a new utility product were delayed until 2016. Meanwhile, Ferguson had become a Hydra Bed dealer and was demonstrating the ranch version of the Hydra Bed with reel handling attachments to his utility customers. Seeing that the needs of his utility customers went beyond the capability of the ranching version, it was not a perfect fit.

As the ranching version of the Hydra Bed continued to come up short in the utility environment, demand for a new design grew.

In February of 2016, the Hydra Bed product development team met with Ferguson to discuss specific needs and goals of a new utility design. According to Jay Russell of Hydra Bed, “The ag industry has served us very well during our history,” he said. “But there have been numerous discussions about market diversification. This seemed to be a very good fit.” With this in mind, and with the two parties sharing an obvious synergy, Hydra Bed formally partnered with Marty Ferguson and FS3 in 2016 and never looked back.

With the help of FS3, Hydra Bed’s development team designed and created the utility-based Hydra Bed Reel Lift and the Hydra Bed HydraWinder. 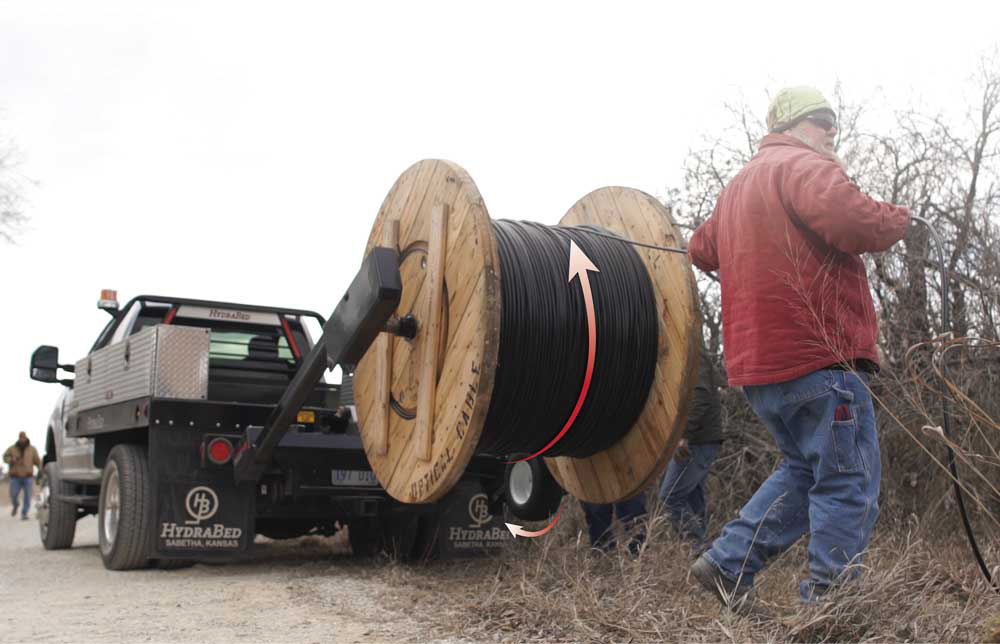 The Reel Lift is an integrated reel transport flatbed that is meant to quickly and safely load and transport conduit or cable without the need for a reel trailer. It is operable by a one-man team and can transport reels weighing up to 5,000 pounds. When commenting on the cost efficiency of the Reel Lift, Russell said, “The crew can reduce costly trips to the jobsite because the truck can now tow equipment trailers loaded with boring rigs, excavators and a wide variety of other essential equipment.”

After releasing this product, Hydra Bed experienced incredible numbers and feedback. Seeing as Hydra Bed has long been known for a culture of solving problems and leading design, they decided to go a step further and apply that philosophy to the need of a safe cable retrieval system, resulting in the creation of the HydraWinder.

The HydraWinder is an attachment for the Reel Lift bed that is a bolt-on option that equips crews to safely and efficiently retrieve or payout cable and conduit from nearly any size reel. The self-stowing, “always ready to work and never in the way” design allows for quick adaptations from reel transport to the winder, controlling cable backlash and substantial efficiency and safety to busy jobsites.

Since its introduction into the utility world, Hydra Bed has received and continues to receive phenomenal feedback on their products. Russell confirmed this praise by saying, “Enthusiastic customer response from the utility industry is establishing Hydra Bed as equipment designed to meet and dependably fill a specific need.”

One of Hydra Bed’s customers provided positive feedback saying, “Combining our Reel Lift Hydra Bed with a HydraWinder has eliminated a truck and trailer from the jobsite.” Their presence in the utility world is continually proving to be highly valued, desired and needed per their customers’ reviews, and there does not seem to be an end in sight.

Russell and his team at Hydra Bed are adamant that a part of their success came from the company’s presence at ICUEE 2017. “We cannot say enough about the benefits of going to ICUEE in 2017, we loved it,” he said. Considering that the HydraWinder attachment was not even on the product list in 2017, they are even more excited for this year’s ICUEE. “To say we are excited to go back this year is an understatement,” Russell added.