The economy is having its effect on all of us. So the interest in how it will affect us is uppermost in our thinking. Among the many questions we want answered is “How many jobs will stimulus impact?” This question is the title of an article by Dennis Darrow of the Pueblo Chieftain, Pueblo Colorado.

Darrow’s analysis of the information currently available is interesting, insightful and informative, definitely worth reading.

Taxpayers hoping to know the exact jobs impact on their hometowns as a result of the federal stimulus package will go away disappointed.

No one can be sure of the numbers. Much of the stimulus package is designed to flood new money into the nation’s general economy over the next two years in an effort to limit the slide in the nation’s overall jobless rate.

Pueblo County should anticipate anywhere from 720 to 1,660 jobs saved or created, based on the size of its labor force in relation to recent national and congressional district-level jobs forecasts from the White House and the Congressional Budget Office (CBO). Still, the forecasts are only estimates. Only time will tell as to how much of the stimulus money will go toward adding new jobs vs. funding existing jobs; the future strength or weakness of the overall economy will play a key factor. Also, how and when the jobs impact will play out on individual counties – or even states – and individual companies and government agencies isn’t certain.

As an example, a portion of the stimulus package sets aside money for highway projects but, in the case of Pueblo, the area lacks projects that rank high on the state’s priority list. The regional projects expected to be funded include the Ports-to-Plain highway corridor in the state’s southeast corner and a widening of the Interstate 25-Academy Boulevard crossing in north Colorado Springs. Conversely, Pueblo is home to two major hospitals and a large share of low-income residents, making the area likely to benefit from the stimulus package’s spending on social programs such as Medicaid. The local economy will largely determine how much goes to save medical jobs or create new ones.

Still, sensing the public wants some discussion of the jobs impact, the Obama administration on Tuesday released its estimate of how many jobs the federal stimulus package will save or create in coming years.

The 3rd Congressional District anchored by Pueblo and Grand Junction could anticipate 8,300 new or saved jobs, ranking No. 5 among the state’s seven congressional districts, the administration says. The amount equals about 2 percent of the district’s labor pool of 367,000.

The administration’s projection is derived from its estimate that the stimulus package will create or save upward of 3.5 million jobs nationwide, and further analysis of each district’s working-age population, employment and industrial composition, according to Obama advisers.

Nationally, the stimulus package could impact as few as 1.5 million jobs, less than half of White House estimates, the agency estimates.

Under the CBO’s low-end scenario, the 3rd District could expect 3,600 jobs to be impacted, or about 1 percent, based on its population size.

Pueblo County represents about 20 percent of the 3rd District’s labor force, according to the U.S. Census Bureau. The percentage suggests the county could expect about a fifth of the district’s projected jobs: 1,660 under the White House estimate; 720 under the CBO low-end estimate.

A further breakdown of the job estimates – by job titles or cities, as examples – aren’t attempted by White House economists in the report.

There are a couple of areas not directly included in the infrastructure portion of the stimulus bill that could be, to 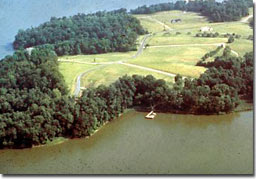 some degree or other, beneficial to the construction industry. In an article, Invest in Green Infrastructure, by Tom Horton on Baltimoresun.com, he points out that there is a considerable amount of money in the stimulus bill for green infrastructure projects.

The stimulus package President Obama signed Tuesday contains tens of billions of dollars to repair and expand the nation’s “infrastructure” – its networks of highways, bridges, rail and power lines. Renewing the transportation infrastructure alone will provide some $800 million in Maryland, $800 million in Virginia and $897 million in Pennsylvania.

But what about the equally vital green infrastructure: the trees that shade city streets, the forests that sop up air and water pollution and trap climate-changing carbon dioxide?

Environmental managers around the Chesapeake Bay say the stimulus directs $2 billion to $3 billion nationally toward green infrastructure “and other innovative water quality measures.” Beyond that, the package contains tens of billions for the environment and energy.

Opportunities to use stimulus money to create jobs by planting more green infrastructure abound, says Sally Claggett, liaison from the U.S. Forest Service to the Environmental Protection Agency’s Chesapeake Bay Program. The goal of the federal-state Chesapeake restoration is to line 70 percent of all streams and rivers feeding the bay with forested buffers at least 35 feet wide. To date, about 6,100 miles of buffers have been planted, which leaves a whopping 22,000 miles to go. In addition, many cities also have a goal of increasing their tree canopies to improve air quality.

Plenty of green infrastructure projects are “shovel ready.” Maryland has an innovative GreenPrint program that maps all the state’s ecologically important forests and ranks them in terms of protection. The gaps in this green infrastructure that remain in need of protection and restoration total nearly a million and a half acres, compared with about 650,000 acres already protected.

There’s spectacular precedent for combining green infrastructure and national economic stimulus: the old Civilian Conservation Corps (CCC), created as part of Franklin D. Roosevelt’s New Deal approach to the Depression. During about a decade, the CCC employed some 3 million men across the nation, planting more than 3 billion trees on more than 2 million acres.

Continuing along these same lines, there’s money available for alternative energy projects. Utility contractors should have an interest in both wind power and sun power projects since the cables are put underground. In an
article by Bruce Upbin that appeared on Forbes.com yesterday, Upbin reviews comments made by the new Secretary of Energy, Steven Chu. According to the article Chu Says He’ll Put Green On Fast Track, Chu vowed to overhaul the government’s notoriously slow process for funding new electric grid projects.

In one of his first speeches as energy secretary, Chu told a meeting of the nation’s regional utility commissioners in Washington, D.C., that he would immediately reverse what he characterized as years of inaction during the Bush years for using federal loan guarantees to finance new renewable power generation.

The stimulus law supports him with billions of dollars on all three fronts. Chu has long been on record as a staunch advocate of reducing the nation’s carbon emissions by vastly expanding generation from wind and solar power. One example he points to is the Bonneville Power Authority in the Pacific Northwest, which he said could increase the wind share of its generation portfolio from 20% to 40% within several years. Doing so, however, would require every bit of the $3.25 billion of the new borrowing authority the stimulus directed to the BPA, as well as some heroic measures to use giant water pumps to store power and release it back onto the grid when the winds stop blowing.

Assuming that wind power gets most of the money (turbines accounted for 95% of new renewable capacity from 2002 to 2007) that’s enough to underwrite the construction of 30,000 MW of wind power, according to Hugh Wynne, an analyst at Bernstein Research. That’s more wind capacity added in the U.S. in two years than exists worldwide.

Speed is not a word commonly associated with the Department of Energy. In his remarks Wednesday morning, Chu said that when he arrived in Washington he was surprised to find out that the energy department had not issued a single loan guarantee for two years. And the few loans on the books were for projects that wouldn’t be launched for another 18 months or so.

Even if Chu can zap the energy department’s lethargy, the open question is how many shovels will be ready. The credit crunch and deepening recession have chilled the once-torrid wind industry. The stimulus has proved a boon for big wind-components makers such as General Electric and Danish firm Vestas, which had been warning it might need to cut back its $1.6 billion capital budget in the U.S. if orders don’t pick up.

Spain’s Iberdrola has already scaled back its capital budgets. Also disappeared from the landscape are the big tax-equity investors such as Lehman Brothers and hedge funds that underwrote windmill construction to capture their favorable tax credits to offset other gains.

Regulators and utility executives at the national meeting in Washington also point to the billions of dollars needed for the transmission lines to deliver that wind power from the gusty plains to urban centers. For Secretary Chu, delivering on the promise of the stimulus is going to make winning the Nobel Prize look easy.

The bill would require that a building permit be obtained that details crane locations, clearances for power lines and adjacent buildings and the structural foundation of the crane itself. The measure also stipulates how crane operators communicate with each other and instructs crane owners on ways to prepare for hurricanes or high winds to ensure that the hoisting equipment is secure.

Right on the heels of the proposed legislation, WPTV.com carried a story about a construction worker who was nearly electrocuted in Palm Beach Gardens.

The All Webb Enterprises construction worker was nearly electrocuted while being lowered into the ground.

The operator “slung the crane over and hit the wire,” says Neal Sorensen who
lives in the neighborhood next to the Seacoast Utility Authority.

Florida Power & Light (FP&L) says at 8:48 am, they got a call to de-energize power in the area until the construction worker was extracted. About 3,339 FPL customers were without power for about 25 minutes.

Firefighters say another construction worker was actually standing underground in the hole at the time of the accident, but because he wasn’t touching the worker on the pipe or the pipe itself, he was never energized. The worker in the hole was okay and did not have to be treated. 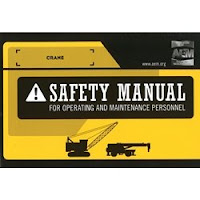 are going to be working with ladders and extendable tools and that kind of thing. This is a case where you just have to be real careful with anything that’s elevated high enough that might hit these wires,” says Brown.

WIC Week provides a unified time for more than 5,500 NAWIC members to raise awareness of the opportunities the construction industry holds for potential employees and to highlight women as a visible, growing force in the industry.

“Construction presents one of the few growing, well-paying careers in the United States that hires from high-school graduates to Ph.D.s,” says De
de Hughes, NAWIC Executive Vice President. “Women can build a career in the construction industry and advance by continuing their education. The emerging trend is women starting their own companies.”

A broad range of activities will be employed to spread NAWIC members’ passion for working in construction. Award banquets, membership drives, community service projects and hands-on workshops will be conducted from coast to coast – all designed to promote construction and the value of women’s contributions to the industry.

“Women have broken into the construction industry and have gained depth and influence. In 2007, women accounted for nine percent of construction workers according to the Bureau of Labor Statistics with women-owned firms seeing a consistent gain year over year,” said Julie Lyssy, NAWIC Marketing Director. “Our members reflect a cross section of industry segments and skill sets from business owners and executives to tradeswomen. The common link that shines through is passion for their chosen trade.”

Anyone interested in participating in events with a local chapter is welcome to contact the NAWIC Office at (800) 552-3506 to get more information about events in your area.