The U.S. Census Bureau of the Department of Commerce announced today that construction spending during March 2010 was

In interpreting changes in the statistics in this release, note that month-to-month changes in seasonally adjusted statistics often show movements, which may be irregular. It may take 2 months to establish an underlying trend for total construction and as long as 8 months for specific categories of construction. The statistics in this release are estimated from several sources and surveys and are subject to sampling variability as well as no sampling error including bias and variance from response, no reporting, and under coverage. Estimates of the standard errors are provided in Table 3. Whenever a statement such as “2.3 (±3.1) percent above” appears in the text, this indicates the range (-0.8 to +5.4 percent) in which the actual percent change is likely to have occurred. All ranges given are 90 percent confidence intervals and account only for sampling variability. If a range does not contain zero, the change is statistically significant. If it does contain zero, the change is not statistically significant; that is, it is uncertain whether there was an increase or decrease. Statistics for the current month are preliminary estimates subject to revision in following months as additional data become available. The average absolute percent changes from preliminary estimate to first revision for the major seasonally adjusted components are as follows: total construction, 1.2 percent; private construction, 1.9 percent; and public construction, 1.2 percent.

In the May 2010 press release, revisions to unadjusted and seasonally adjusted data will revise back to January 2004 to incorporate and benchmark to the 2008 detailed structures data from the U.S. Census Bureau’s Annual Capital Expenditures Survey. 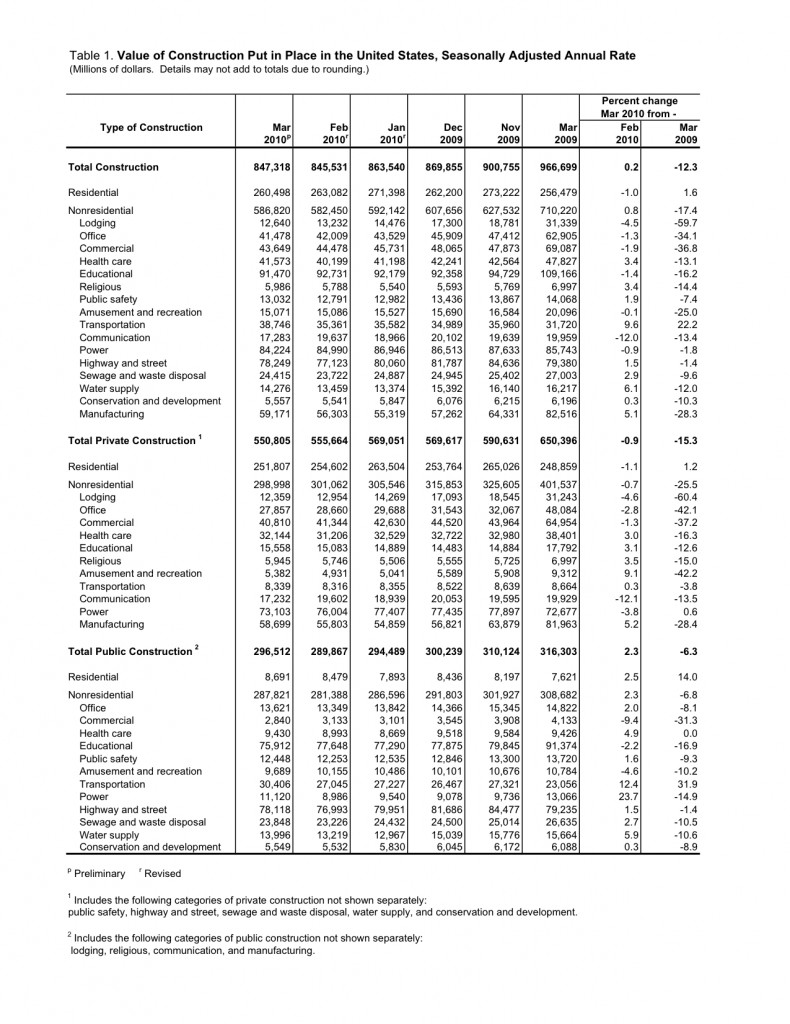 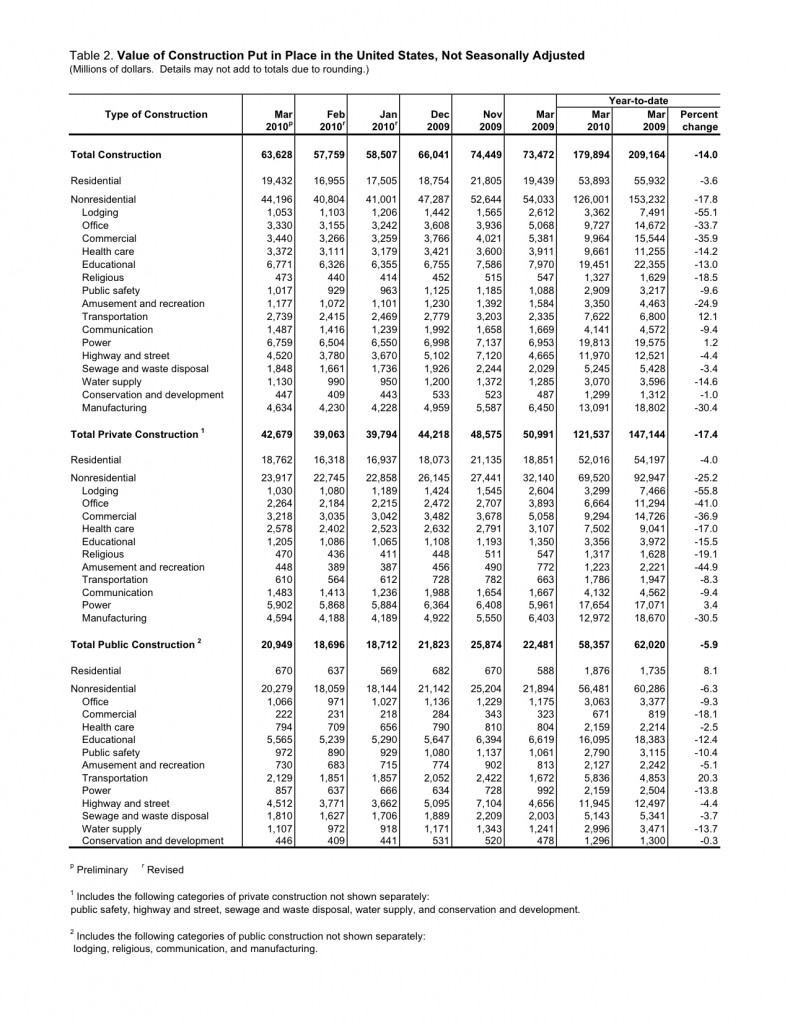 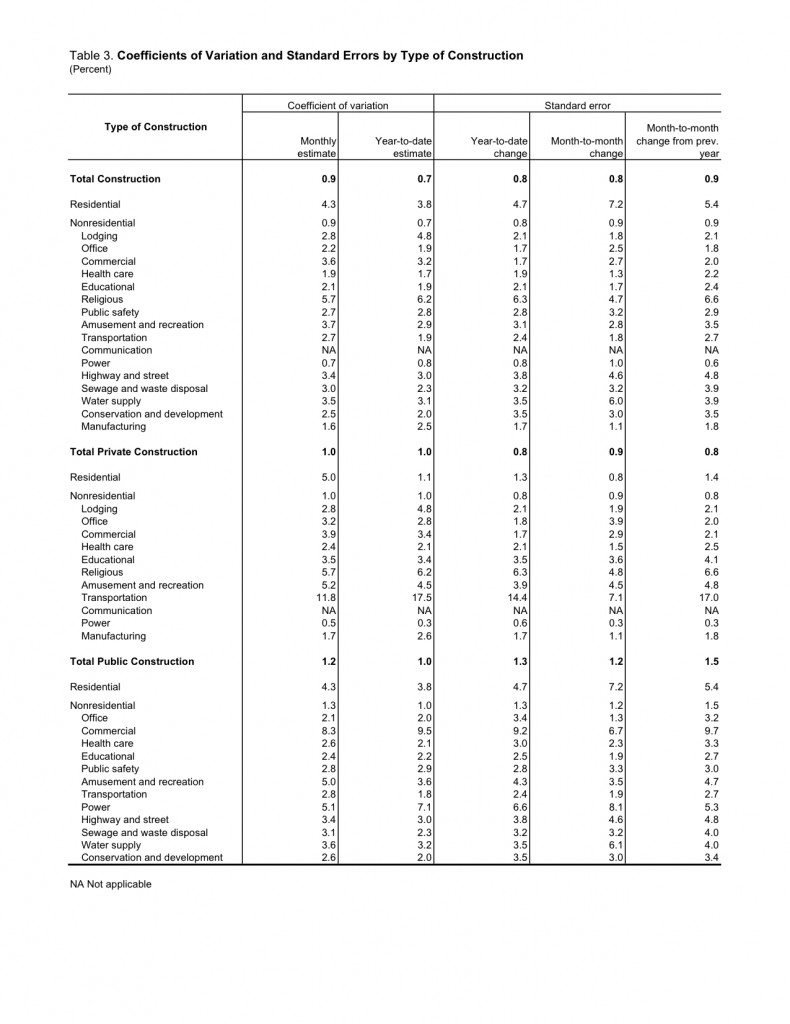