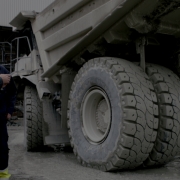 “It is a common worldwide practice to add side boards and lift gates to rigid dump trucks in order to increase payload capacity for optimal profitability. This demand puts incredible stress on the tires,” said Jamey Fish, director of earthmover marketing for Michelin North America Inc. “This new, robust Michelin tire range provides a solution so that the maximum amount of material can be loaded into these trucks while still delivering traction, damage resistance and increased tire life.”

MICHELIN XTRA LOAD GRIP for soft, loose, muddy ground conditions — experienced in mining and quarrying operations on slopes and inclines, where the 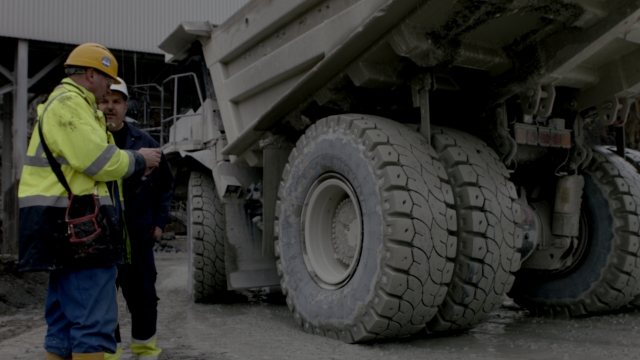 priority is high grip and traction. Due to a reinforced casing, the tire has a 16 percent higher payload2, or an increase of nine tons in load capacity per machine — a huge increase in productivity when multiplied by the number of cycles made daily. And with a tread comprising 30 percent more lug edges3, increased grip improves braking, cornering and accelerating. The tire has the ability to drive 21 miles per hour due to the cooler internal running temperatures4. The tire also provides 8 percent more wear resistance5, with more rubber in the contact patch and improved damage resistance with corrosion-isolating steel cables. This tire replaces the Michelin XDT® and X® Traction offers.

MICHELIN XTRA LOAD PROTECT for hard, sharp, abrasive conditions on flat, dry surfaces — where the priority is protection and damage resistance, conditions that are present in areas such as quarries and construction sites. This application is for customers who want to carry more load and increase the distances they carry every hour. The new highly protective and damage-resistant tread pattern contributes to a better load distribution across the contact patch. This tire has interlocking blocks and improved heat dissipation that reduces the temperature in the tread area by up to 17 degrees F. This tire replaces the Michelin X®QUARRY S and X®HAUL tires offers. 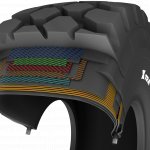 With the two tread compounds (A4 and B), dealers will experience easier stock management. The four new Michelin offers will replace five existing offers as outlined below:

1) Previously most 24.00R35 tires carried a ** rating; the X®TRA LOAD is the first carrying a *** rating. Star rating is the industry indicator of load capacity for a 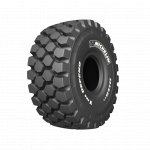 3) Star rating is the industry indicator of load capacity for a given dimension – Tire and Rim Association.

4) Compared to the same size in MICHELIN® XDT™, this data comes from Michelin Data Book 2017.

5) Compared to the same size in MICHELIN® XDT™, field tests measurements certified by the Michelin Center of Technology.

To learn more about earthmover tires and services, visit www.michelinearthmover.com.