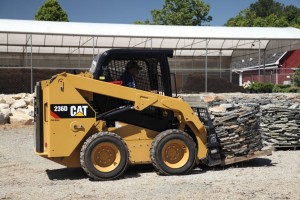 The largest D Series models, the 272D and 272D XHP, were launched in early 2012 and continue to be powered by an electronically controlled 3.8-liter engine, which meets Tier 4 Interim (Stage IIIB) emissions standards. The Cat C3.8 produces 98 gross horsepower (73 kW) for the 272D and 110 net horsepower (82 kW) for the 272D XHP, which powers an auxiliary hydraulic system producing up to 40 gpm (150L/min) of flow at 4,061 psi (28 000 kPa) to handle the most demanding powered work tools. The 272D and 272D XHP also receive the new cab environment and features as well as the new lift arm design.

The cab and operator station incorporate many new features. Seat options include a high-back, heated, air-suspension seat that incorporates industry-exclusive integral seat-mounted joystick controls. The seat provides additional comfort via recline and lumbar adjustments. All air suspension seats feature independent arm bar/joystick control adjustments to allow the machine to be configured for different size operators and for different applications. This arrangement also allows the entire seat/joystick control package to move up and down as a unit, minimizing operator fatigue and maximizing comfort. 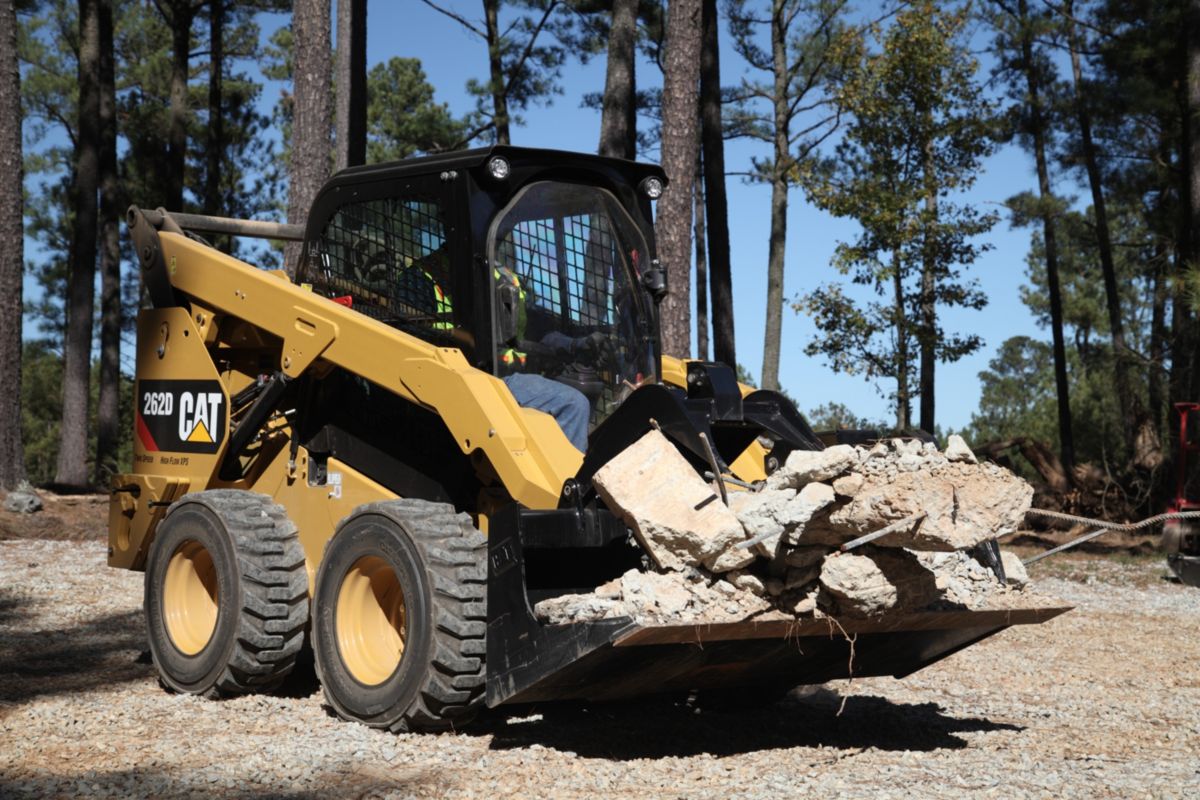 The standard control monitor provides a single-code security feature that helps prevent theft and unwanted operation after scheduled work hours. The industry exclusive Advanced Display control monitor expands the number of security (operator) codes to 50 and can store and recall the operating preferences of that number of operators. These preferences include language choice, background color, gauge style, ride-control setting, creep speed, top-speed limit, response for the hystat drive system and response for the implement control system. These allow the machine to be tailored to each operator’s preferences, experience level and specific application. The Advanced Display also expands machine diagnostics capability by allowing the master-code holder to review operator-specific machine information such as hours of operation, fuel burn and operating event or diagnostic codes.

Electronic throttle features Also new in the D Series cab is an electronic dial-type throttle that permits precise rpm settings. When the dial is in the high-idle position, the foot throttle functions as a decelerator pedal. The decelerator allows an added degree of control, permitting the operator to quickly modulate travel speed during precise maneuvers or to regulate engine speed when using hydromechanical work tools.

A new throttle-smoothing feature monitors accelerator-pedal movement under the operator’s foot when the machine is traveling over rough terrain, and it then clips the extremes of pedal travel to yield steady, even travel speeds. This feature adds to operator comfort and aids material retention when using the foot throttle.

The return-to-dig feature allows the operator to set the digging angle of the bucket and then to automatically recall the setting by depressing a trigger switch on the joystick as the lift arms lower. The work tool positioning feature allows the angle of the tool to be pre-set, as when positioning a trencher for the proper depth, and then to automatically recall the setting if the machine is repositioned. Both features contribute significantly to productivity.

New lift arms and coupler Lift arms for all D Series machines are a new tubular design that retains excellent lift characteristics and strength while presenting a narrower profile. The sleek lift arm design improves sight lines to the sides of the machine, to the tires and to the work-tool/coupler interface to provide enhanced visibility and site safety.

The available automatic work-tool coupler is now electrically actuated, replacing the previous hydraulically actuated coupler. The new coupler is simpler in design, eliminating hoses and connectors, and easier to install as an accessory in the field.

Serviceability D Series models accommodate required emissions controls (diesel particulate filter and diesel oxidation catalyst) with no compromise in serviceability. Unmatched ground level access to all routine service points has been maintained, including filters (engine oil, engine air, hydraulic and fuel), battery and engine oil fill and check. The air conditioner condenser is attached to the inside of the engine compartment door and is easily accessible for cleaning or service.

The new models also feature an electric priming pump with automatic air bleed for the fuel system. The priming system eases the task of replacing and priming the fuel filter/water separator.