2009 A Year of Retrenchment

Recession May Be Over, But Construction Still Suffers in the Region

“Economists tell us to expect a difficult year for Washington State’s commercial construction in 2010. While public construction

may remain a relative bright spot, factors such as tight credit markets, high unemployment and climbing office vacancy rates will continue to dampen construction in this state.” – Jerry Vanderwood

With economists telling us that the worst national recession since World War II appears over, the question now facing the Northwest construction industry is when will business begin to pick up.

After a long period of prosperity in which contractors enjoyed steady growth in their volumes of work and profits to match, times have changed over the past two years. Northwest real estate markets began to cool off at the end of 2007, and by fall 2008 they had caught up with the chill in the rest of the nation. Unemployment rose, and revenue projections for state budgets went into free fall. The combined year-to-date volume of publicly reported non-residential construction contract awards in the five Northwest states through November 2008 was running 8 percent behind 2007’s record-setting pace.

The full measure of the recession was felt in 2009, with work volumes falling and profit margins shrinking on the projects that did go to bid. Equipment sales followed suit as contractors put off capital investments in hopes that they could manage with their old machinery until the economy improved.

“Through late 2008, the industry held up well, but 2009 was a year of retrenchment for many construction sectors, including those associated with private development and municipal projects,” said ABC Chief Economist Anirban Basu. “Overall, the nonresidential construction industry has been impacted by a combination of financing constraints, massive job loss and a lack of confidence in local economies across the nation due to falling tax revenues.”

A bright spot, Basu noted, is that federal stimulus money is now beginning to support water/sewer and road resurfacing construction projects. Segments that are less closely aligned with federal spending are generally poised for another rough year in 2010, he added.

“One of the bigger beneficiaries of the American Recovery and Reinvestment Act (ARRA) in 2010 will be the public sector,” Sasu said. “Public buildings – particularly courthouses and federal facilities in need of modernization – will receive a sizable increase next year due to stimulus funds reaching the market.”

One of the few positive aspects for contractors has been declining construction materials prices. Relative to prior years, materials prices have been stable, permitting contractors to submit bids on long-term projects with greater confidence. Between August 2008 and August 2009, nonresidential building producer prices declined nearly 8 percent. The outlook is for materials prices to be roughly flat in 2010, though a sharp downturn in the dollar could generate increases even in the presence of a still weak U.S.

Stimulus funding being has been particularly helpful in the transportation sector. As of the end of October, nearly 60 highway construction projects had been completed with the help of stimulus dollars. These are not necessarily “new” projects but rather fast-tracked projects that would not have been built for some time. Nevertheless, it is helpful. According to the Washington State Department of Transportation, workers on state and local Recovery Act highway projects earned more than $10.4 million in September alone for a total of $29.1 million to date. Addressing these vital infrastructure needs can help fuel a rebound in private construction markets.

Other than highway work, stimulus funding has not had a major impact on the state’s commercial construction industry. However, more is beginning to come on-line, such as grants for energy and environmental projects including energy efficiency upgrades for small businesses, upgrades to wastewater treatment systems, and cleanup of contaminated sites.

According to Jerry Vanderwood, Associated General Contractors of Washington director of communications, “Economists tell us to expect a difficult year for Washington State’s commercial construction in 2010. While public construction may remain a relative bright spot, factors such as tight credit markets, high unemployment and climbing office vacancy rates will continue to dampen construction in this state. One very unofficial anecdote is the count of tower cranes in the Seattle skyline. Looking at downtown from our offices at the AGC Building on Lake Union, we counted nearly 20 tower cranes 18 months ago. At this moment there are six, primarily from Amazon.com and Gates Foundation projects.”

He also noted, “The negative impact of the delay in reauthorizing the federal highway trust fund is offset somewhat by the stimulus-funded projects. Nevertheless, reauthorization is vitally important and would be helpful to the industry. A multiyear reauthorization is necessary to allow long-term planning and prevent the budget difficulties most states are experiencing from stalling transportation programs. It just isn’t practical for Washington State Department of Transportation to plan and carry out larger projects without a long-term commitment of federal dollars.”

According to Associated Builders and Contractor’s economist, Anirban Basu, the backlog indicator for the West rose to 6.3 months in October, up 8.1 percent over the previous month. While the improvement in backlog is a promising sign it is not enough to reverse the trend in construction unemployment.

Kathleen Garrity, president of the Associated Builders and Contractors of Western Washington noted that, “With a 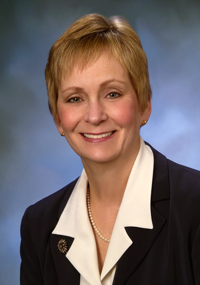 few private projects being financed and public work going primarily to the union sector, open shop contractors are looking at a long and slow recovery.”

reversed quickly. Those companies that made the painful adjustments necessary to survive 2009 should be right sized and poised to take advantage of positive momentum in 2010.

ODOT and its local government partners have obligated almost 80 percent of the funds that were made available to the department and the Oregon Transportation Commission, ODOT Director Matt Garrett told the Interim Senate Business and Transportation and House Transportation committees in late September.

In the state transportation program alone, more than $185 million worth of projects are underway, he told the group, with more than 62 projects keeping Oregonians working around the state. Local jurisdictions are also putting ARRA transportation funds to work, and public transit investments are ramping up local businesses, such as Supreme Northwest Manufacturing in Woodburn, where employees are building new hybrid buses paid for by ARRA.

Overall, transportation in Oregon is being boosted by ARRA as follows:

$223.7 million for state programs and projects

With bid prices on projects coming in well under expectations, ODOT expects to save more than $40 million on Recovery Act-funded projects selected earlier this year. These savings will allow Recovery Act resources to stretch further and complete additional work. On July 23, 2009, the Oregon Transportation Commission approved allocation of these savings to a number of projects.

$5.8 million was allocated to 22 previously approved projects where additional work could be easily added through a construction change order or where additional resources were needed to complete the project.

$2 million was provided for transportation enhancements related to the Oregon Solar Highway project. ODOT is investigating the options for building the world’s largest solar highway installation, capable of producing about three megawatts of power, and Recovery Act funds will be used for enhancements.

$35 million was approved to purchase two trains to operate the Amtrak Cascades passenger rail service between Eugene and Portland. The trains currently providing the service are owned by the Washington Department of Transportation, which will need to remove the trains from Oregon in order to improve service from Seattle to Vancouver, British Columbia in the near future.

This article appeared in the January 2010 issue of Pacific Builder & Engineer, an ACP regional publication.