Oil analysis is not a new technology it’s been around for decades. It was introduced to this industry in the late 1960’s. Prior to that the Navy and Air Force had used it to monitor jet engine oils and railroad to keep tabs on its diesel engine oils. A young engineer by the name of Jack Poley made a presentation on the practice during equipment maintenance seminars at Perdue University and at the University of Washington, Seattle. 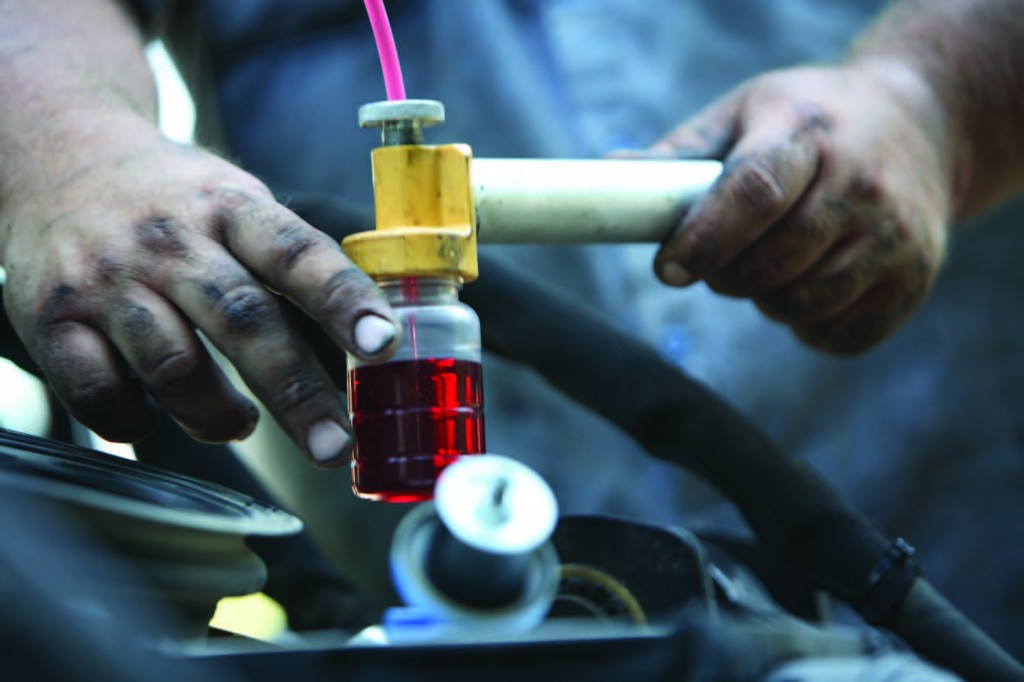 The first presentation was met with hundreds of questions, tons of skepticism and endless doubt but enough curiosity to have an extended version of the presentation repeated at the following year’s seminar.

Since then equipment, engine and filter manufacturers along with oil companies and independent laboratories have entered the field to provide this service to anyone who is interested. Caterpillar was among the front-runners developing a program it calls Scheduled Oil Sampling (SOS) for its dealer organization. In the early days of oil analysis samples were collected and mailed to the lab for analysis and reports. Turn around time for this information was critical.  If there was a problem noted as a result of the analysis the equipment owner or manager was called and given a verbal report so they could take immediate action. Many an engine failure was prevented by these calls.

Technology has advanced the process and of course the Internet, computers, cell phones, smart phones and PDAs have improved the communications. Computer programs now do what had been done manually for years – monitor emerging or developing trends.

Don’t confuse oil analysis with particle counting. They are two different functions and have values in the preventative maintenance process.

Oil analysis is an atomic absorption spectroscopic analysis of oil taken from an engine, transmission, final drive, transmission, hydraulic system and or any other oil using system. While the oil or fluid form any and all of these components can be analyzed the most common analysis is done on engine oils. Particle counting and size analysis is more often done on hydraulic systems or systems that don’t involve the internal combustion process. The contaminants produced by the IC process — diesel, gasoline or other gases and the coolants used to cool these engines — are among the contributors that exhaust an engine oil’s ability to lubricate and keep the oil functionally clean.

Oil analysis is most effective if it is done regularly, on a scheduled basis following the same procedure with the same equipment. Getting a good sample is always the first step. The procedure will vary depending on the piece of equipment from which you collect the sample. On many of today’s machines there are ports designed specifically fort the purpose of drawing these samples. If you equipment doesn’t have these there are some aftermarket products that can be installed for this purpose. Otherwise you will have to resort to other methods. There are vacuum pumps that enable you to slide a tube down the dipstick holder and suck up a sample.

The problem is that it’s easy to add contaminants to the sample by bumping the extraction tube against the engine or the dipstick holder. You want to get as “good” a sample as possible. In this case, good means clean, free from any contamination that is not carried or suspended in the oil sample.

With today’s technology advancing as rapidly as it is, it won’t be long and you be able to get oil analysis reports on your smart phones and tablets.  I’m wondering who will be the first with an oil sample app…

This article appeared in the June 2012 issues of the Associated Construction Publications (ACP) national section.