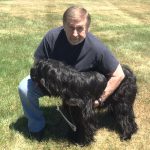 Orange cones, yellow and black signs, “Slow Construction Zone Ahead” warnings, detours and all the other indicators of road-construction-in-progress blanket the country with hope and promise…

Then suddenly a Domino Pizza commercial fills the screen telling us that it wants to make sure we get out pick-up-pizza home safely and in an eatable condition. An Ann Arbor, Michigan based company is pitching in to help repair roads so that drivers don’t hit potholes, cracks, and bumps in the road that can cause “irreversible damage to their pizza during the drive home” because of road conditions.

Recently Snopes reported: readers expressed surprise and skepticism at widely-shared social media posts which suggested that Domino’s — a company that makes pizza — had begun a project to pave over cracks and potholes on roads in the United States.

On 12 June, Twitter user @GothicKingCobra posted a photo of what appeared to be fresh asphalt covering cracks in a pavement, with the Domino’s logo and the words “Oh yes we did” stenciled on top of it. The post read:

Domino’s is saving pizza, one pothole at a time. Cracks, bumps, potholes and other road conditions can put good pizzas at risk after they leave the store. Now Domino’s is hoping to help smooth the ride home by asking customers to nominate their town for pothole repairs at pavingforpizza.com. 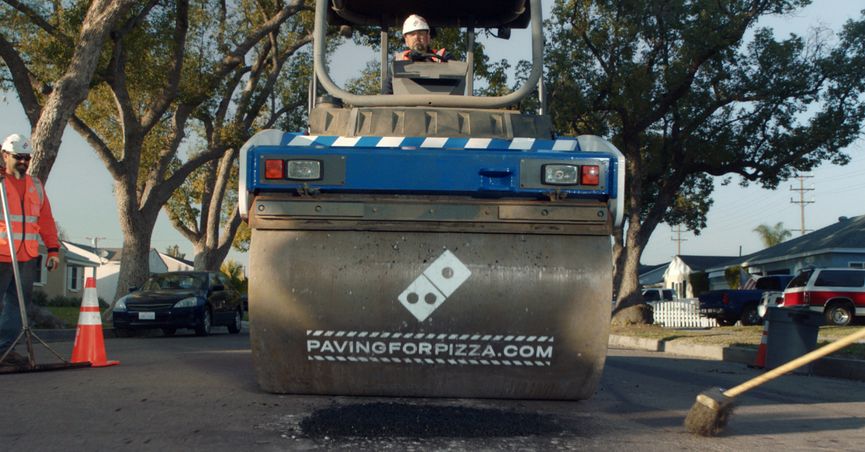 While the “Paving for Pizza” program won’t change America’s road conditions, it does dramatically call attention to the fact that our roads are in deplorable condition.

According to the American Society of Civil Engineers (ASCE) in their Infrastructure Report Card our infrastructure scored a D+ stating,  “America’s roads are often crowded, frequently in poor condition, chronically underfunded, and are becoming more dangerous. More than two out of every five miles of America’s urban interstates are congested and traffic delays cost the country $160 billion in wasted time and fuel in 2014. One out of every five miles of highway pavement is in poor condition and our roads have a significant and increasing backlog of rehabilitation needs.”

How bad are our roads? TRIP a national transportation research group, (tripnet.org) regularly reports on transportation infrastructure conditions on a national and regional, state-by-state, level. For example, it recently released a detailed report on the fact that

“Roads and bridges that are deteriorated, congested or lack some desirable safety features cost Colorado motorists a total of $7.1 billion statewide annually – as much as $2,306 per driver in some areas – due to higher vehicle operating costs, traffic crashes and congestion-related delays.”

And a similar TRIP report:“Ohio motorists lose a total of $12 billion per year on roads that are rough, congested & lack some safety features – as much as $2,180 per driver. Increased investment has allowed some Columbus transportation projects to move forward, but many remain stalled due to lack of funding.”

How bad are our roads? Visit TRIP and ASCE and look at the TRIP state reports and ASCE’s Report Card. Go buy a Dominos’ (or any brand) pizza and see if you can drive and get it home in an acceptable eatable condition.

It is getting close to elections. Make sure you do your homework and find out which candidates support infrastructure repairs, improvements, and updates.  Yes, we do have a lot of issues to consider and deal with but it is our transportation infrastructure that makes everything else possible. Without it…