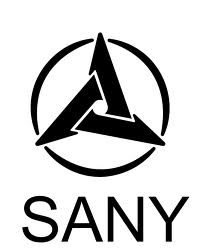 On Jan 31, 2012, Sany Heavy Industry held a press conference, officially announcing the acquisition of the global leading concrete machinery enterprise Putzmeister. If the acquisition is approved by the authorities, Sany is expected to close the deal within the first quarter in 2012.

Mr. Karl Schlecht, the founder of Putzmeister, and his wife visited Sany Heavy Industry. During the press conference, Mr.Schlecht delivered a touching speech, reflecting the loving relationship that he had long developed with Putzmeister as well as the entire industry. Mr. Schlecht sees Mr. Liang as a successful entrepreneur embodied the same mission and vision as Putzermeister.

Mr. Liang once wrote to Mr. Schlecht, enclosing a strong will for mutual cooperation. He pointed out that this cooperation will not be monetarily measurable to both Sany and himself. In Mr.Schlecht’s reply to Mr. Liang, he made it clear that the Sany would be the only company, if ever, to acquire Putzmeister.

Mr. Karl Schlecht and Mr. Liang Wengen exchanged watches at the conference, expressing their sincerity on this merger. They both agreed to comply with the timeline. As a result, the watch which Mrs. Schlecht gave him 25 years ago and the one which Mr. Liang’s son purchased with his first paycheck become the keepsake between these two entrepreneurs.

Apart from the similarity in the vision, Mr. Liang pointed out the increasing economic cooperation between Germany and China provides a solid foundation for the merger. Mr. Schlecht also described this acquisition as a model transaction.

Mr. Xiang Wenbo, the CEO of Sany Heavy Industry, emphasized that Sany would not lay off any Putzermeister employee. Both parties will, however, create more employment opportunities by optimizing the resources and enriching Putzermeister’s product portfolio. ‘We will shift part of the manufacturing to China, reducing the cost by optimizing the value chain, thus to increase the profit.’

Mr. Xiang also pointed out that after the acquisition, Norbert Scheuch will remain in the position as the CEO of Putzmeister. He will also join Sany Heavy Industry as an executive director. Karl Schlecht will join Sany group as consultant. Aichtal will become the new overseas headquarters for Sany concrete machinery product.

‘The acquisition will bring Putzemeister and Sany to a new level, giving birth to a new global leader in concrete machinery industry. Putzemeiste will remain its operational independency within Sany Heavy Industry with its own management team. We are very looking forward to work with such a successful team.’ said Mr. Liang Wengen.