Summer comes to an end next week as Congress returns to the Capitol after a five-week recess. Deadlines will be the theme this fall, with the first being the Oct. 1 funding deadline to keep the government open. The second important deadline for ASCE is Oct. 29, when MAP-21, the surface transportation bill, expires. With a D+ cumulative GPA, the topic of America’s infrastructure should be at the top of their to-do lists. Congress has several opportunities to address some of the nation’s infrastructure needs in the coming weeks. Here’s what to watch:

Before the U.S. Senate adjourned for August recess, they passed the DRIVE Act, a six-year surface transportation bill.  The DRIVE Act would end the current cycle of short-term program extensions and increase federal funding for surface transportation programs.  The U.S. House of Representatives has until a new deadline of October 29 to act to pass their own multi-year bill before the current law expires. ASCE has been focused on communicating with House members on the need to act quickly and pass a long-term bill. You can help by contacting your House members and urging them to #FixTheTrustFund.

So far this year, the House has only passed six of 12 annual appropriations bills and the Senate has not yet passed a single one. There is an Oct. 1 deadline to complete this year’s appropriation. Among the major dilemmas holding up the appropriations process are disagreements over the overall funding amounts for the federal government, policy riders that bog down spending bills and fundamental differences on what level to fund federal environmental, healthcare and military programs.

While it’s difficult enough for Congress to fund popular established bipartisan programs like the Drinking Water and Clean Water State Revolving funds (which are facing 23% cuts), newer programs, like the Levee Safety Initiative, have not received any funding since the Water Resources Reform & Development Act (WRRDA) passed. If these programs do not receive appropriations, then the progress made by creating them becomes stagnant and no real progress is made in addressing the infrastructure the legislation aimed to improve.

And the ARTBA newsletter had the following to say:

On Sept. 17, 1787, delegates to the Constitutional Convention in Philadelphia signed the document they had created. The American Road & Transportation Builders Association (ARTBA) is using the 228th anniversary of the U.S. Constitution signing to remind Congress that Article One, Section Eight, makes support for transportation infrastructure investment a core federal government responsibility. It’s time, ARTBA says, for Congress to fix the Highway Trust Fund.

“It only took the Founding Fathers 209 days—from a call for action on Feb. 21 to the signing ceremony on Sept. 17—to draft, debate and endorse the U.S. Constitution, one of mankind’s greatest documents,” ARTBA President & CEO Pete Ruane says. “In contrast, why have our elected leaders taken over 2,000 days since 2008 trying to figure out how to permanently address the Highway Trust Fund revenue problem?” 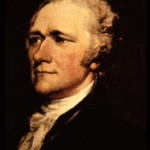 Hamilton said: “The improvement of the roads would be a measure universally popular. None can be more so. For this purpose a regular plan should be adopted, coextensive with the Union, to be successfully executed, and a fund should be appropriated sufficient… To provide roads and bridges is within the direct purview of the Constitution.” 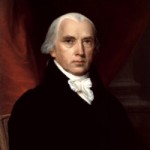 Madison noted: “Among the means of advancing the public interest, the occasion is a proper one for recalling the attention of Congress to the great importance of establishing throughout the country the roads and canals which can best be executed under the national authority. No objects within the circle of political economy so richly repay the expense bestowed on them.” 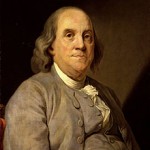 Franklin challenged legislators: “And have we not all these taxes too… and our provincial or public taxes besides? And over and above, have we not new roads to make, new bridges to build… and a number of things to do that your fathers have done for you, and which you inherit from them, but which we are obliged to pay for out of our present labor?” 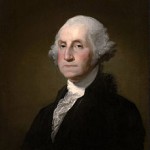 And George Washington, who presided over the Constitutional Convention, said: “The credit, the saving, and the convenience of this country all require that our great roads leading from one public place to another should be straightened and established by law… To me, these things seem indispensably necessary.”

With election-mania already in motion, gathering momentum with every news cast, what do you think the prospects of a worthwhile highway bill are?