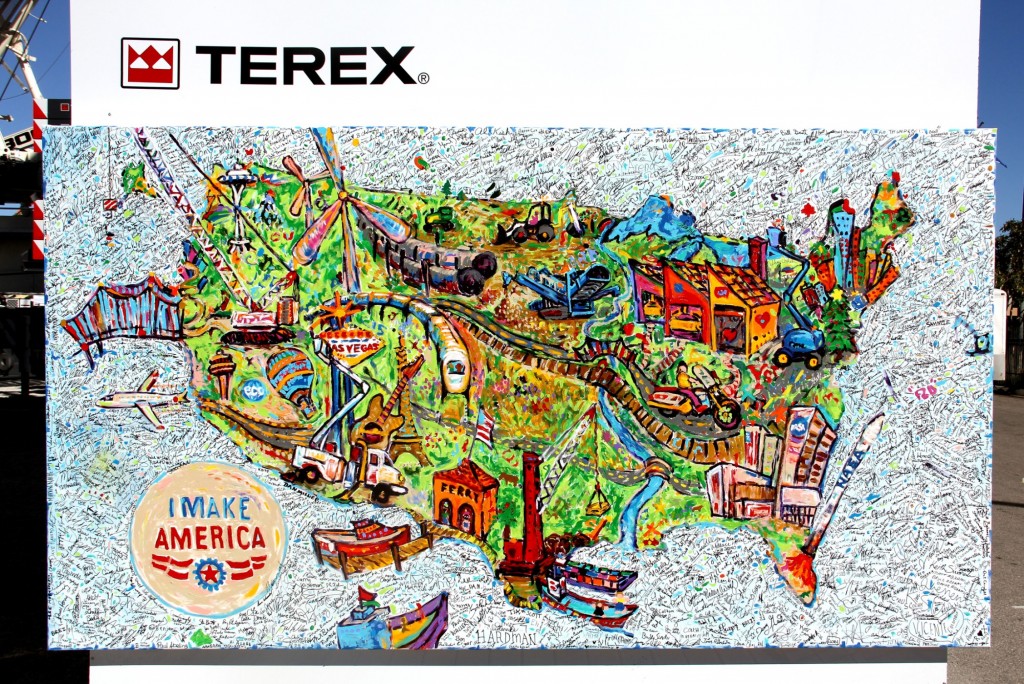 Millions of Americans work hard every day to build the equipment, roads, bridges, public transport systems and port facilities that fuel America’s powerful economic engine. During the five days of CONEXPO-CON/AGG 2014 in Las Vegas, Nev., more than 1,300 of those same people visited the Terex exhibit in the show’s gold lot to contribute to the manufacturer’s I Make America artwork. 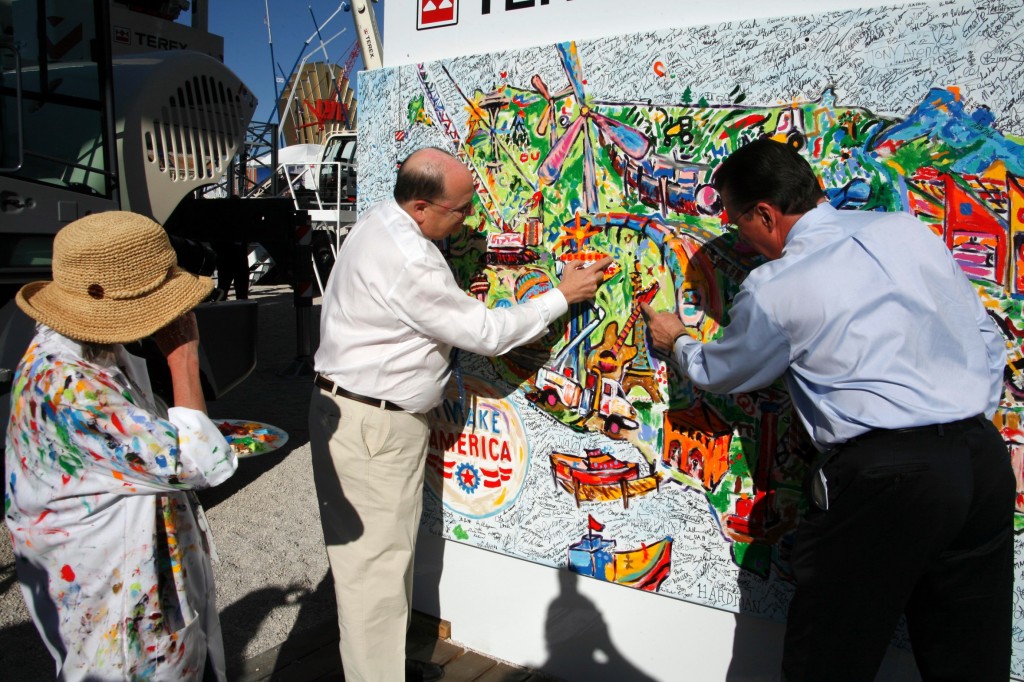 Terex team members and show attendees alike dipped their fingers into paint and left their mark, as well as their signature, on a canvas that included an outline of the United States, famous infrastructure landmarks, the equipment that helps to build America’s infrastructure and the I Make America logo. After the show, FingerSmear™ Artist, Kelly Sullivan, put the finishing touches to the masterpiece, and Terex donated it to Association of Equipment Manufacturers (AEM) representatives.

“Terex is among the top supporters of AEM’s I Make America campaign, and for many years we have championed the critical need for more investment in America’s infrastructure,” says Ron DeFeo, Chairman and CEO of Terex Corporation. “What better metaphor to show how vital everyone’s role is in building America’s infrastructure than to create a work of art that includes the imprint of more than a thousand participants. We are proud to donate this to AEM and the I Make America campaign.”

Commenting on the generous donation by Terex, Dennis Slater, president of AEM, said, “This original Kelly Sullivan FingerSmear painting, sponsored by Terex in their exhibit at CONEXPO-CON/AGG, is a creative way to help educate the industry and the public about the mission of I Make America. Our goal through I Make America is to engage AEM member companies, their employees and individuals who care about the manufacturing industry and the campaign’s positive impact on jobs and the economy in the U.S. We greatly appreciate Terex for going above and beyond to promote and support that mission.”

AEM intends to use the donated artwork to drive interest and encourage others to support pro-manufacturing causes. The painting will be on display at many venues in the weeks and months to come. Both AEM and Terex are currently finalizing a plan to enable as many people as possible to see the artwork, helping carry its message to a broad audience of industry influencers.