Asphalt is one of the critical components in the equation that equals our network of roads. We need to think of these roads as a 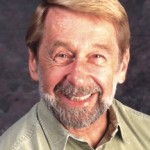 national resource, without which we’d be in serious trouble. They are a valuable asset that needs to be maintained, protected and preserved.

Actual Cost to build the Interstate Highway System was $114 billion over 35 years ago, which is $500 billion in 2008 dollars.

As for its value, it would probably exceed 1 trillion dollars. Yet we don’t do a lot to insure the continuous functioning of one of our most valuable assets. Certainly a bill that comes up for renewal every six years and becomes a political football before it gets passed can’t have out best long-term interests at heart.

To illustrate, the highway trust fund bill, SAFETEA-LU expired on September 30, 2009, and was not passed but extended to December 2009. The last time the bill came up for renewal some six years ago, it was extended five times, delaying passage for 20 months.

AEM President Dennis Slater and Chairman Chuck Martz, president of Link-Belt, were joined by Ron Defeo of Terex and Craig Paylor of JLG in a series of visits with key members of Congress and the administration to stress the need for a multiyear reauthorization of the highway bill.

On Dec. 15, the House passed a two-month extension of the highway bill, which was set to expire Dec. 18; the next expiration date is Feb. 28, 2010. It is unclear what action Congress will take on the highway bill before Feb. 28, but the most likely scenario is another extension, as policy issues and the question of the program’s funding mechanism remain unresolved.

These funds are in addition to the federal investments already set for the core federal transportation programs in FY 2010. Note, as of this writing, these funds remain mired in health care reform, waiting for Senate consideration.

Comments I’ve heard from a number of industry-concerned people and organizations said that the primary reason that Congress isn’t reacting to the industry push for passage of a new highway bill is basically the same reason as with the passage of SAFETEA-LU – a lack of grass-roots support for its passage.

There are a number of organizations that have been sponsoring petitions, call-ins, fly-ins and e-mail drives in an effort to stimulate congressional action on the passage of a new bill. AEM and AED, along with construction equipment dealers, unions and contractors, have been staging ‘Start Us Up USA’ rallies in Las Vegas, Chicago and Washington, D.C., to get congressional attention focused on the need for a new highway bill. Another rally, scheduled for January 20 in San Antonio, immediately precedes AED’s annual meeting. Industry leaders will once again be on hand to support the effort.

You will be reading this with a little time left to contact your state’s representatives in Washington, D.C., before the current extension expires on February 28, 2010. Let’s drive Congress crazy with calls, e-mails, visits, whatever we can to let them know that we, the highway users of this country and their voters, do in fact want a six-year highway bill passed. The draft that James Oberstar submitted almost a year ago is certainly a step in the right direction. It will give us the protection we need to protect our pavement investment.

Remember, we paid to have it laid – these are our roads, our investment and our future.

Editor’s note: Visit www.site-kconstructionzone.com to read more about industry activities and coverage of the Start Us Up USA rallies that have been staged to date.

Visit https://writerep.house.gov/writerep/welcome.shtml for your representatives and www.senate.gov/general/contact_information/senators_cfm.cfm? for your senators.

This editorial appeared in the February 2010 issues of the ACP magazines.

Editor’s Note 2: As I post this online I feel that it is necessary to remind everyone that the highway trust fund bill is on hold again until March 30, 2010. There are proposals in Congress pushing for an extension through September 30 and another for December 30 of this year. I also read an article about two weeks ago that said the president would have his proposal ready in approximately 90 days. I won’t make any comments about that…