Skip to content
*  Last August, Texas Gulf Terminals filed an application with Texas Gulf Terminals and the Coast Guard to construct and operate a deepwater port (DWP) located approximately 12.7 nautical miles off the coast of North Padre Island, TX.  The DWP would load and export various grades of crude at flow rates of up to 60,000 barrels per hour.  Things haven’t gone as planned and the CG and MARAD had to suspend the timeline (the “stop- clock”) for reviewing TGT’s application.  The reasons: TGT has not fulfilled environmental reporting obligations and, the Agencies charge, it has missed deadlines on a range of critical topics.  Some concerns are really basic, e.g., agencies don’t yet know what the preferred pipeline route will be, or how TGT will source its feed oil.  The stop clock decision interrupts a process schedule meant to give companies some assurance that an application will be reviewed and judged within a relatively predictable timeline, usually within a year.  Maybe TGT can scramble and get back in synch with CG and MARAD.  On the other hand, maybe they can’t, possibly throwing a monkey-wrench into very complicated infrastructure.  After all, next August is only about five months away.
*  The FCC published a notification last week on a topic that, very likely, most people don’t think about too much, but is within a system impacting critical daily processes: “Mitigation of Orbital Debris in the New Space Age.”  FCC is seeking to amend rules that mitigate space debris and to address various market developments.  This is the first comprehensive review since the rules were adopted in 2004.  FCC writes that the amount of debris capable of producing catastrophic damage to functional spacecraft has increased.  And don’t just think in terms of a chunk of metal as big as a 1963 VW Beetle crashing through some robotic 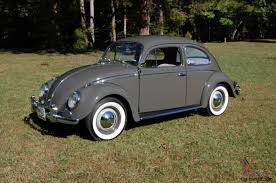 windshield and wiping out your ATM transactions.  Rather, one concern, for example, is the release of liquid fuel droplets, rather than, say, gaseous fuel propellants, which dissipate when leaked.  At orbital velocities, the droplets can cause substantial or catastrophic damage upon collision.  Got any ideas about fixing that?  Comments are due by April 5.
*  NOAA holds a two-and-a-half-day meeting next month of the Hydrographic Services Review Panel (HSRP), a Federal Advisory Committee established to advise the Under Secretary of Commerce for Oceans and Atmosphere on matters related to the responsibilities and authorities in Section 303 of the Hydrographic Services Improvement Act of 1998.  This is important stuff, focusing on national issues – from sea level rise to navigation data – as well as core NOAA issues, including gravity modeling, nautical charting, and bathymetric mapping.  These NOAA programs support navigation, resilient coasts and communities, and the nationwide positioning information infrastructure to support America’s commerce.  The agenda will include presentations from state and federal agencies, non-federal organizations and associations, regional and national stakeholders and partners about their missions and how they use NOAA’s navigation services and how those services might improve.
Tom Ewing
“reply” or
513-379-5526 voice/text