Deficient roads, highways and bridges in Maine are posing mounting challenges to the state’s residents, visitors and businesses and addressing these challenges will require numerous projects to reconstruct highways, repair and replace bridges improve safety features and improve access on the state’s transportation system.  This is according to a new report released recently by TRIP, a Washington, DC based national transportation research organization. 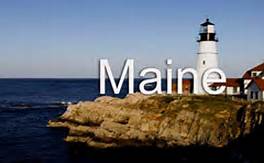 Maine’s extensive system of roads, highways and bridges provides the state’s residents, visitors and businesses with a high level of mobility. As the backbone of the Pine Tree State’s economy, Maine’s surface transportation system plays a vital role in the state’s economic well-being, and is an integral part of what makes Maine an attractive place to live, work, visit and do business.

However, increasing roadway and bridge deterioration, traffic safety concerns, and growing congestion threaten to stifle economic growth and negatively impact the quality of life of the state’s 1.3 million residents. Due to insufficient transportation funding at the federal, state and local level, Maine faces numerous challenges in providing a road, highway and bridge network that is smooth, well-maintained, as safe as possible, and that affords a level of mobility capable of supporting the state’s economic goals

As Maine looks to build and maintain a thriving and diverse economy, it will need to modernize its transportation system by improving the physical condition of its roads, highways and bridges, and enhancing the system’s ability to provide efficient, safe and reliable mobility to the state’s residents, visitors and businesses.  Making needed improvements to Maine’s roads, highways and bridges will provide a significant boost to the state’s economy by stimulating short and long-term economic growth.

Numerous segments of Maine’s transportation system have significant deterioration, are congested or crowded, lack some desirable safety features, and do not have adequate capacity to provide reliable mobility, creating challenges for Maine’s residents, visitors, businesses and state and local governments.  This report looks at the condition and use of Maine’s system of roads, highways and bridges and provides information on the state’s top 50 transportation challenges and the improvements needed to address these challenges.

Deficient roads, highways and bridges, and crowded or congested routes in Maine are posing mounting challenges to the state’s residents, visitors and businesses in the form of lost time, increased vehicle operating costs and the financial burden of making needed transportation improvements.

1.    Needed Reconstruction of a portion of Route 3 in Bar Harbor. Addressing this challenge will require reconstructing 4.8 miles of Route 3 in Bar Harbor from approximately one half-mile west of Sand Point Road to Route 233. Estimated cost is $14 million. Route 3, the Acadia All-American Road, is perhaps the most significant highway in Maine for the tourism industry, providing access to Acadia National Park and over 1,000 beds for lodging. It carries approximately 10,317 vehicles per day. The current design and construction of the road lead to constant cracking at the margins. Safety will be greatly improved with better road geometrics, improved access and improved facilities for pedestrian and bicycle. This completes Route 3 improvement projects from the head of the island near Trenton to Bar Harbor.

3.    Needed Reconstruction of a portion of Route 302 in Portland area. Addressing this challenge will require reconstructing Route 302 from Stack Em Inn Road and extending west 5.19 miles. Estimated cost is $7.4 million. Route 302 is the major highway from Portland to Fryeburg, Maine and Conway, New Hampshire. It is a major route for commerce, supplying raw products and finished goods to market, as well as a significant commuter route for the labor force in the Greater Portland labor market. This route also serves the tourist rich areas of Fryeburg, Maine and Conway, New Hampshire. There are no practicable alternative routes without adding substantial time and cost.

4.    Needed Replacement of Pine Point Crossing Bridge in Scarborough. Addressing this challenge will require replacing the Pine Point Crossing Bridge over the Pan Am Railroad. Estimated cost is $3.3 million. This bridge, located on Pine Point Road (Route 9), provides primary access to the Coastal Beaches surrounding the Cumberland-York County boundary. The bridge carries an important highway supporting tourism economy. Loss of the bridge will have negative economic impact especially to businesses along this section of Route 9. There are no practicable alternative routes without adding substantial time and cost.

5.    Needed Replacement of Bar Mills Bridge from Buxton to Hollis. Addressing this challenge will require replacing the deteriorated Bar Mills Bridge over the Saco River at the Buxton – Hollis town line. Estimated cost is $8.3 million. The replacement of this bridge will improve safety and access and provide a more direct connection from Buxton to Hollis.

6.    Needed Capacity Expansion of the International Marine Terminal (IMT).  Addressing this challenge will require property acquisition to increase the capacity of the terminal, providing direct rail access to the terminal, and other infrastructure improvements. Estimated cost is $9 million. The International Marine Terminal (IMT) in Portland was selected by the Icelandic Steamship Company, Eimskip, to serve as their North American logistical hub, and only port of call in the US.  They have been carrying freight to and from Portland since March 2013.  Maine businesses will benefit from competitive access to important markets in Eastern Canada, Scandinavia and Northern Europe.

7.    Needed Replacement of Durham Bridge between Durham and Lisbon. Addressing this challenge will require replacing the Durham Bridge (Route 9) over the Androscoggin River. Estimated cost is $6.8 million. This is an essential bridge over the Androscoggin River. Route 9 provides a major commuter route through high-population regions, from southern and western Kennebec through the rural areas of Cumberland County west of I-295. Route 9 is important as a commuter route for work force from rural areas to the service centers communities along its length from Gardiner to Portland. There are no practicable alternative routes without adding substantial time and cost.

8.    Needed Reconstruction of a portion of River Road in Westbrook and Windham. Addressing this challenge will require reconstructing three miles of River Road from Westbrook town line to 0.17 miles south of the intersection of Chute and Depot Road. Estimated cost is $4.8 million. River Road, an important commuter route, holds significant regional importance as a “bypass” alternative to congestion on Route 302 between Portland and Windham. It is an important route for goods and services that support regional businesses. Alternative routes are available, but with increased travel times and cost.

9.    Needed Reconstruction of a portion of Route 2 in Old Town and Milford. Addressing this challenge will require reconstructing 0.75 miles of Route 2 from Bradley Road to 0.29 miles north of Ferry Road. Estimated cost is $3.5 million. Route 2 provides a major non-interstate link from Houlton to Bangor and is a critical link from the forests of the region to the lumber and paper mills of the area, including those in Old Town, Bucksport and Lincoln.

10. Needed Construction of the Approach to the International Bridge at Fort Kent. Addressing this challenge will require constructing the approach associated with replacing the International Bridge on Route 1 in Aroostook. Estimated cost is $5.2 million. Route One connects the border crossings at Ft Kent, Madawaska, and Van Buren. This corridor, which carries approximately 8,100 vehicles per day, is the principal highway link to Route 11, Route 161, and to I-95 in Smyrna and Houlton. It is the transportation backbone of the natural resource based economy, serving as the gateway to the vast undeveloped forest of the “Maine Woods” and supplying raw products to paper and lumber mills throughout northern Maine. Route One also serves as a critical corridor for the logging, agricultural, winter sport and tourism industries. It also provides improved access to Canadian seaports.

Growth in population and vehicle travel has far outstripped the current capacity of Maine’s transportation system. The state’s population and economy will continue to grow in the future, bringing mounting challenges for the existing network of roads and bridges.

Maine’s extensive transportation system has some road and bridge deficiencies, lacks some desirable safety features and experiences severe congestion in key areas, resulting in significant costs to the state’s motorists.  Improvements to the condition and efficiency of the state’s transportation system will enhance quality of life, roadway safety and economic development.