LOUISIANA MOTORISTS LOSE $6.9 BILLION ANNUALLY —AS MUCH AS $2,300 PER DRIVER – ON ROADS THAT ARE ROUGH, CONGESTED & LACK SOME SAFETY FEATURES. LACK OF FUNDING WILL LEAD TO FURTHER DETERIORATION, INCREASED CONGESTION AND HIGHER COSTS TO MOTORISTS

Roads and bridges that are deteriorated, congested or lack some desirable safety features cost Louisiana motorists a total of $6.9 billion statewide annually – as much as $2,291 per driver in some urban areas – due to higher vehicle operating costs, traffic crashes and congestion-related delays. Increased investment in transportation improvements at the local, state and federal levels could relieve traffic congestion, improve road, bridge and transit conditions, boost safety, and support long-term economic growth in Louisiana, according to a new report released today by TRIP, a Washington, DC based national transportation research nonprofit.

The TRIP report, “Louisiana Transportation by the Numbers: Meeting the State’s Need for Safe, Smooth and Efficient Mobility,” finds that throughout Louisiana, nearly half of major locally and state-maintained roads are in poor or mediocre condition, 13 percent of locally and state-maintained bridges (20 feet or more in length) are rated poor/structurally deficient, and the state’s roads have the fifth highest fatality rate in the nation. The report also finds that Louisiana’s major urban roads are becoming increasingly congested, causing significant delays and choking commuting and commerce.

Driving on deficient Louisiana roads costs the state’s drivers $6.9 billion per year in the form of extra vehicle operating costs (VOC) as a result of driving on roads in need of repair, lost time and fuel due to congestion-related delays, and the costs of traffic crashes in which roadway features likely were a contributing factor. The TRIP report calculates the cost to motorists of insufficient roads in the Baton Rouge, Lafayette, New Orleans and Shreveport urban areas.  A breakdown of the costs per motorist in each area, along with a statewide total, is below.

The TRIP report finds that 25 percent of major locally and state-maintained roads in Louisiana are in poor condition and another 22 percent are in mediocre condition, costing the state’s motorists a total of $2.1 billion each year in extra vehicle operating costs, including accelerated vehicle depreciation, additional repair costs, and increased fuel consumption and tire wear. 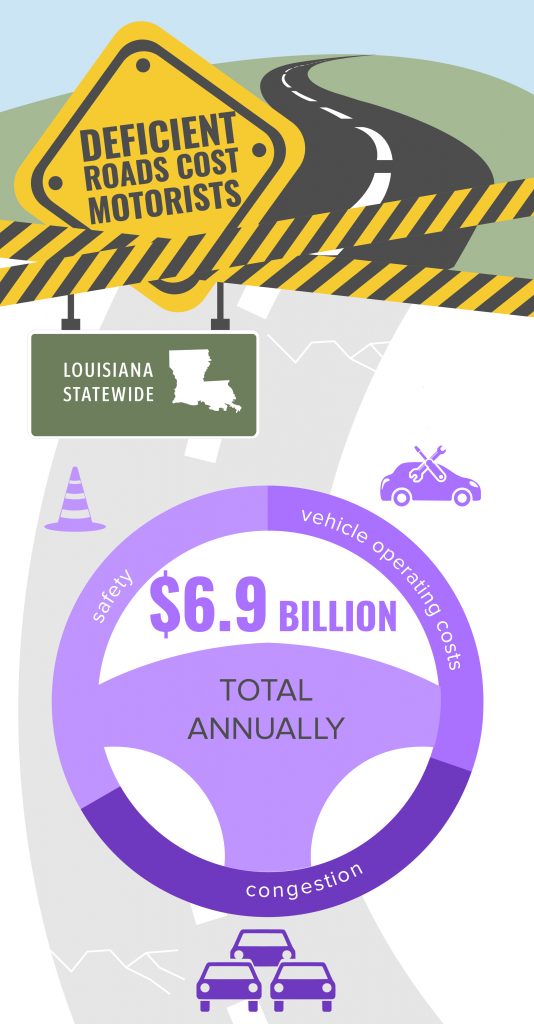 “The strength of Louisiana’s manufacturing economy relies in a large part on reliable, accessible infrastructure. It is getting harder to find a funding solution for new highways and bridges that does not include new revenue and we support that,” said Dow Chemical Southeast U.S. State Government Affairs Director Tommy Faucheux. “We not only have to address the poor condition of our existing roads and bridges, we also need to look to the future and the new projects, like a new bridge in the Baton Rouge area, that the Capital Region and the state desperately need.”

Traffic crashes in Louisiana claimed the lives 3,683 people between 2013 and 2017. Louisiana’s overall traffic fatality rate of 1.54 fatalities per 100 million vehicle miles of travel in 2017 is significantly higher than the national average of 1.16 and the fifth highest in the nation.  Traffic crashes in which the lack of adequate roadway safety features were likely a contributing factor cost Louisiana drivers $2.3 billion annually.

Traffic congestion in Louisiana is worsening, causing up to 58 annual hours of delay for drivers in the most congested areas and costing the state’s drivers a total of $2.5 billion annually in lost time and wasted fuel.

“The TRIP data confirms that Louisiana must invest heavily in improving and expanding transportation infrastructure,” said Johnny Milazzo, owner of Lard Oil Company, and member of Capital Region Industry for Sustainable Infrastructure Solutions. “Our bridges and roadways are not only unsafe and in poor shape, the level of traffic congestion in the Capital Region and the hidden costs of time and wasted fuel are striking, and felt very keenly by area businesses.” 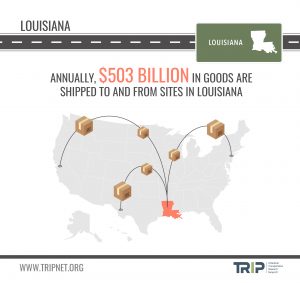 “These conditions are only going to get worse, increasing the additional costs to motorists, if greater investment is not made available at the federal, state and local levels of government,” said Will Wilkins, TRIP’s executive director. “Without adequate funding, Louisiana’s transportation system will become increasingly deteriorated and congested, hampering economic growth, safety and quality of life. 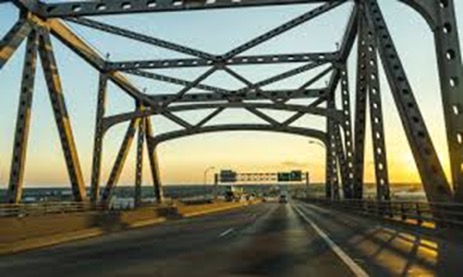 Driving on Louisiana roads that are deteriorated, congested and that lack some desirable safety features costs Louisiana drivers a total of $6.9 billion each year. TRIP has calculated the cost to the average motorist in the state’s largest urban areas in the form of additional vehicle operating costs (VOC) as a result of driving on rough roads, the cost of lost time and wasted fuel due to congestion, and the financial cost of traffic crashes. The chart below details the cost of deficient roads statewide and for the average driver in the state’s largest urban areas.

Due to inadequate state and local funding, 47 percent of major roads and highways in Louisiana are in poor or mediocre condition. Driving on rough roads costs the average Louisiana driver $625 annually in additional vehicle operating costs – a total of $2.1 billion statewide.  The chart below details pavement conditions on major urban roads in the state’s largest urban areas and statewide.

Congested roads choke commuting and commerce and cost Louisiana drivers $2.5 billion each year in the form of lost time and wasted fuel. In the most congested urban areas, drivers lose up to $1,103 and as many as 58 hours per year sitting in congestion.

The health and future growth of Louisiana’s economy is riding on its transportation system. Each year, $503 billion in goods are shipped to and from sites in Louisiana.  Increases in passenger and freight movement will place further burdens on the state’s already deteriorated and congested network of roads and bridges.

According to a report by the American Road & Transportation Builders Association, the design, construction and maintenance of transportation infrastructure in Louisiana support approximately 78,000 full-time jobs across all sectors of the state economy. These workers earn $3.2 billion annually. Approximately one million full-time jobs in Louisiana in key industries like tourism, retail sales, agriculture and manufacturing are completely dependent on the state’s transportation network.