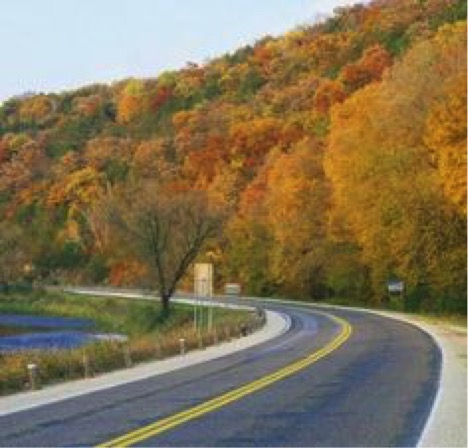 Amid a declining level of funding available for maintenance and improvement to the state’s roads and bridges, Minnesota faces a $2.8 billion transportation funding shortfall over the next four years, leading to deteriorating road and bridge conditions, a lack of safety improvements, and increasing congestion due to increases in vehicle travel. This is according to a new report by TRIP, a Washington, DC based national transportation organization. TRIP’s report identifies unfunded transportation projects in areas outside the Twin Cities, Rochester and Duluth areas, costing between $779 million and $1 billion, that are needed to improve conditions, relieve traffic congestion and improve traffic safety. The amount of funding available for road maintenance and improvements by the state, counties and municipalities is projected to decrease by 16 percent from FY2016 to FY2021.

Six percent of Minnesota’s bridges are structurally deficient, meaning there is significant deterioration to the major components of the bridge. The Minnesota Department of Transportation (MnDOT) estimates that, based on available funding, the number of state-maintained bridges rated in poor condition will increase by approximately 70 percent between 2016 and 2020, from 23 bridges to 39 bridges.

“The data is clear,” said Julie Ring, executive director of the Association of Minnesota Counties. “Minnesota’s transportation system is facing critical needs and the cost of maintaining and improving our network of roads, bridges and transit systems grows every year. It’s time for the Legislature and Governor to compromise and move forward a comprehensive transportation funding package that addresses the needs throughout our state.”

The chart below details needed projects outside the state’s largest urban areas that will not have adequate funding to start prior to 2022. The report also includes needed but unfunded projects in the Duluth, Rochester and Twin Cities urban areas. 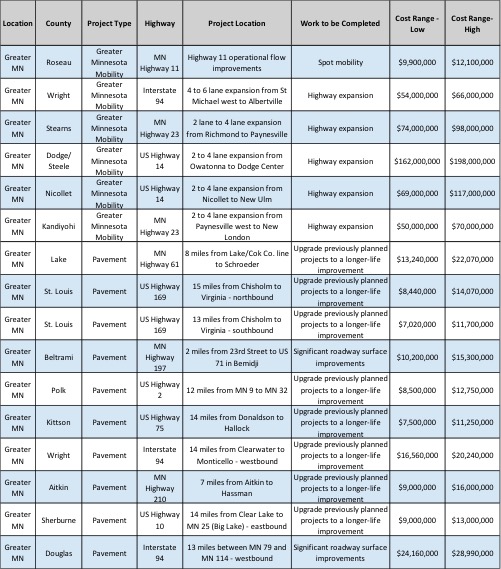 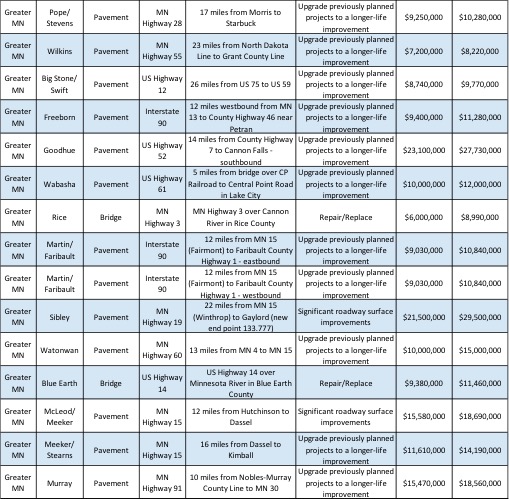 A decade after the nation suffered a significant economic downturn, Minnesota’s economy continues to rebound. The rate of economic growth, which is greatly impacted by the reliability and condition of the state’s transportation system, has a significant impact on quality of life in the North Star State.

Minnesota’s transportation system provides economic and social benefits by affording individuals access to employment, housing, healthcare, education, goods and services, recreation, entertainment, family, and social activities. It also provides businesses with access to suppliers, markets and employees, all critical to a business’ level of productivity and ability to expand. Reduced accessibility and mobility – as a result of traffic congestion, a lack of adequate capacity, or deteriorated roads, highways, bridges and transit facilities – diminishes a region’s quality of life by reducing economic productivity and limiting opportunities for economic, health or social transactions and activities.

The state faces a $2.8 billion shortfall in funds needed over the next four years to make needed improvements to its transportation system. The annual shortfall during this period is projected to more than double, leaving dozens of needed transportation projects throughout the state stranded on the drawing board and unable to proceed.

The rate of population and economic growth in Minnesota has resulted in increased demands on the state’s major roads and highways, leading to increased wear and tear on the transportation system.

A lack of adequate funding has left more than a quarter of Minnesota’s major urban roads and highways with pavement surfaces in poor condition. Based on current funding projections, the condition of state-maintained roads is expected to deteriorate significantly in the future. 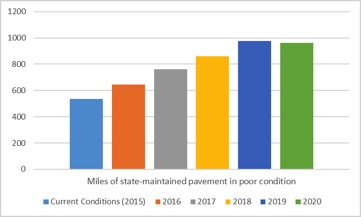 Six percent of locally and state-maintained bridges in Minnesota that are 20 feet or more in length show significant deterioration and are in need of repair. The share of state bridges that are deficient is expected to increase at current funding levels. 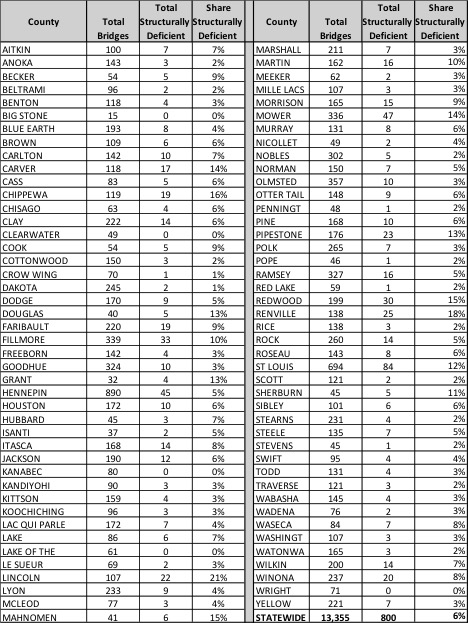 Improving safety features on Minnesota’s roads and highways would likely result in a decrease in the state’s traffic fatalities and serious crashes. Minnesota’s rural roads have a fatality rate that is significantly higher than that on all other roads in the state. It is estimated that roadway features are likely a contributing factor in approximately one-third of all fatal and serious traffic crashes.

Increasing levels of traffic congestion cause significant delays in Minnesota, particularly in its larger urban areas, choking commuting and commerce. Traffic congestion robs commuters of time and money and imposes increased costs on businesses, shippers and manufacturers, which are often passed along to the consumer. 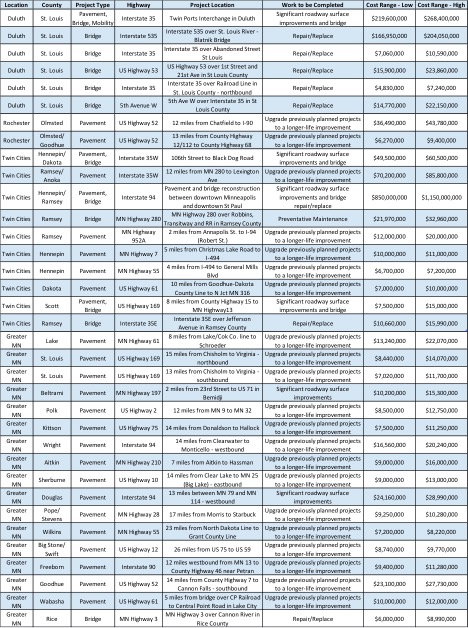 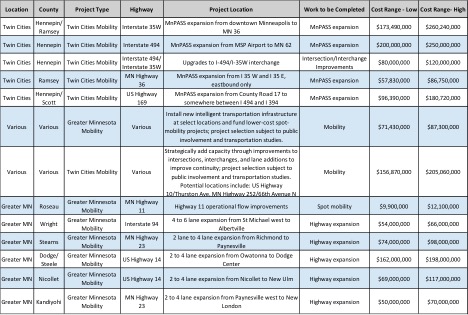 Investment in Minnesota’s roads, highways and bridges is funded by local, state and federal governments. Signed into law in December 2015, the five-year federal surface transportation program includes modest funding increases and provides states with greater funding certainty, but falls far short of providing the level of funding needed to meet the nation’s highway and transit needs. The bill does not include a long-term and sustainable revenue source. The nation faces a significant shortfall in needed funding for road, highway and bridge improvements.

TRANSPORTATION AND ECONOMIC GROWTH IN MINNESOTA

The efficiency of Minnesota’s transportation system, particularly its highways, is critical to the health of the state’s economy. Businesses rely on an efficient and dependable transportation system to move products and services. A key component in business efficiency and success is the level and ease of access to customers, markets, materials and workers.