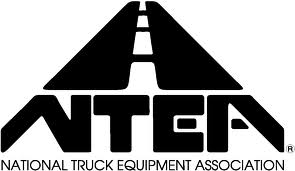 The Environmental Protection Agency (EPA) and the National Highway Traffic Safety Administration (NHTSA) issued a joint notice of proposed rulemaking calling for both fuel consumption and greenhouse gas (GHG) reduction standards applicable to medium- and heavy-duty trucks. This rulemaking was mandated by a 2007 law passed by Congress and an Executive Order issued by President Obama earlier this year. Public comments on the proposal are due to the agencies January 31, 2011.

The NTEA has been very active throughout the development of this proposal, and the unique concerns of final-stage manufacturers of work trucks have been significantly addressed.

The NTEA worked continuously to educate those writing the proposed regulations about the work truck industry. In doing so, the Association:

In their explanation of the just-published proposal, the EPA and NHTSA agree with the NTEA’s concerns and point out that involving body manufacturers and distributors in the compliance framework of this proposed rule would be too complex and that the widely divergent body styles and differing end uses of these trucks would make generalized body improvements of little value.

The proposed rule would create three categories with separate fuel consumption and GHG reduction regulations for each category. The categories are:

Class 7 and 8 Combination Tractors Generally, these vehicles are meant for long-haul use and are manufactured in such a way that the engine and chassis manufacturers can control compliance with new fuel efficiency and emissions regulations. The EPA and NHTSA have concluded that achieving reductions in GHG emissions and fuel consumption from combination tractors requires addressing both the cab and the engine, and the EPA and NHTSA are each proposing standards that reflect this conclusion.

Heavy-Duty Pickup Trucks and Vans This category includes 8,501-14,000-lb. pickups and vans (excluding medium-duty passenger vehicles already regulated under corporate average fuel economy, known as CAFE). These vehicles will be subject to more of a CAFE-type regulation – a whole vehicle regulation expressed as grams/mile for GHGs and gallons per 100 miles for fuel consumption based on weight based measures such as payload and towing capacity and the presence of 4wd. The chassis manufacturers will be responsible for meeting an annual fleet average.

The EPA and NHTSA recognize that some of these vehicles will be used in the work truck industry and will be completed or altered by companies like NTEA members. As such, they propose to move any incomplete vehicles in this weight category to the vocational truck category and leave in this category cab-chassis that would also be completed by final-stage manufacturers in a manner similar to strip chassis.

In recognition of the NTEA’s concerns, the EPA and NHTSA propose that for those cab-chassis still subject to these CAFE-like regulations, the chassis manufacturers can treat these vehicles as equivalent to the complete van or truck product from which they are derived. The second-stage manufacturers would not be subject to any new requirements under this provision.

Vocational Vehicles The EPA and NHTSA point out that the diversity of body configurations and work uses of the trucks produced by companies such as NTEA members require regulations separate from standard pickup trucks or long-haul tractors.

The EPA and NHTSA propose that in this vocational vehicle category, the chassis manufacturers be the focus of the proposed GHG and fuel consumption standards. As they point out, a focus on the body manufacturers would be much less practical, since they represent a more diverse set of manufacturers and the part of the vehicle that they add has a very limited impact on opportunities to reduce GHG emissions and fuel consumption (given the limited role that aerodynamics plays in the types of lower-speed operation typically found with vocational vehicles.)

Summary Combination tractors would be subject to engine and full vehicle standards that begin in the 2014 model year. The proposed rules would require up to a 20% reduction in carbon dioxide (CO2) emissions and fuel consumption by the 2018 model year.

Heavy-duty pickups and vans would be subject to separate gasoline and diesel standards affecting the engine and full vehicle. The proposed rules would phase in starting in the 2014 model year and require up to a 10% reduction for gasoline vehicles and 15% reduction for diesel vehicles by the 2018 model year. Second-stage manufacturers would not be subject to any new requirements.

Vocational vehicles would be subject to engine and tire standards starting in the 2014 model year that aim to achieve up to a 10% reduction in fuel consumption and CO2 emissions by the 2018 model year. Second-stage manufacturers would not be subject to any new requirements.