As the U.S. Interstate Highway System turns 60 years old this week, it faces increasing congestion, unprecedented levels of travel – particularly by large trucks – and insufficient funding to make needed repairs and improvements. The nation’s most critical transportation link continues to save lives with its enhanced safety features and is largely well-preserved, but an aging Interstate system will increasingly require more long-term, costly repairs, according to a new report released today by TRIP, a Washington, DC based national transportation organization.

The TRIP report, “The Interstate Highway System Turns 60: Challenges to Its Ability to Continue to Save Lives, Time and Money” finds that while the Interstate Highway System represents only 2.5 percent of lane miles in the U.S., it carries 25 percent of the nation’s vehicle travel. The system is increasingly congested, with truck travel growing at a rate twice that of overall Interstate travel. And, while the nation’s Interstates tend to be in better condition than other roads and bridges, the aging system lacks the required funding for needed improvements and repairs.

The chart below details the top 10 states whose Interstate systems have the highest levels of congestion, the largest share of large truck travel, the highest increase in travel from 2000-2014, the highest share of pavements in poor and mediocre condition, the highest rate of structurally deficient bridges, and the largest number of lives saved annually. Data for all 50 states can be found in the report’s Appendix.

“Drivers are frustrated with the condition of the nation’s transportation system,” said Jill Ingrassia, AAA’s managing director of government relations and traffic safety advocacy. “While a record 36 million travelers plan to hit the road for Independence Day weekend, nearly 70 percent are concerned that roads and bridges are not in great driving condition. AAA urges lawmakers to keep their eye on the ball to identify a sustainable funding source to maintain and improve our Interstate system for the future.”

The current backlog of needed improvements to the Interstate Highway System, as estimated by the U.S. Department of Transportation, is $189 billion. The nation’s current transportation investment is less than two-thirds (61 percent) of the amount needed to keep Interstates in good condition and make the improvements necessary to meet the nation’s growing need for personal and commercial mobility. And, while the recently enacted federal surface transportation program, the Fixing America’s Surface Transportation (FAST Act) provides a modest increase in spending, it lacks a long-term, sustainable revenue source. By 2020 the shortfall into the nation’s Highway Trust Fund will be $16 billion annually.

“The United States moves in large part thanks to the efforts of many elected officials, organizations and citizens whose shared foresight led to the construction of the national interstate system,” said Bud Wright, executive director of the American Association of State Highway and Transportation Officials. “Now, as we commemorate the 60th anniversary of the Interstate act, it’s clear that our investments in preserving the system are not keeping up even as our nation continues to grow.”

“It’s hard to believe it’s been 60 years since the Interstate Highway System was developed,” said Ed Mortimer, executive director for transportation infrastructure at the United States Chamber of Commerce. “The vision of President Eisenhower has enabled economic mobility throughout our nation and showed we can accomplish big things. As we work to maintain, and in many cases rebuild this great system, let’s continue to think big as we work to fund and finance an improved, smarter network.”

The design of the Interstate – which includes a separation from other roads and rail lines, a minimum of four lanes, paved shoulders and median barriers – makes it more than twice as safe to travel on as all other roadways. The fatality rate per 100 million vehicle miles of travel on the Interstate in 2014 was 0.54, compared to 1.26 on non-Interstate routes. TRIP estimates that the Interstate Highway System saved 5,359 lives in 2014, based on an estimate of the number of additional fatalities that would have occurred had Interstate traffic been carried by other major roadways, which often lack the safety features common to Interstate routes.

While the condition of Interstate pavement and bridges is acceptable, some deficiencies exist. Twelve percent of Interstate highways are in poor or mediocre condition. Three percent of Interstate bridges are structurally deficient and an additional 18 percent are functionally obsolete. Structurally deficient bridges have significant deterioration of the major components of the bridge, while functionally obsolete bridges no longer meet modern design standards, often because of narrow lanes, inadequate clearances or poor alignment.

“The long-term vision that helped establish the current Interstate system 60 years ago is needed again today,” said Will Wilkins, TRIP’s executive director. “In order to maintain personal and commercial mobility, transportation investment and a sustainable, long-term funding source for the federal surface transportation program must remain a priority.”

The above highlighted links will take you to the full report, including the executive summary and appendix of supporting charts and graphs.

or you can scan: Trip Report 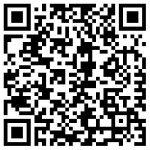 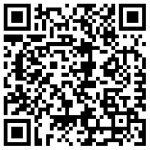