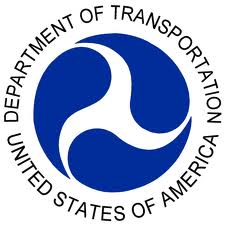 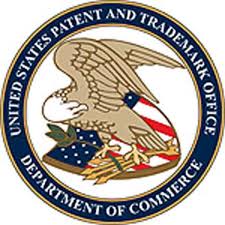 The Department of Commerce’s Manufacturing Extension Partnership (MEP) will help to ensure manufacturers meet the U.S. Department of Transportation’s (U.S. DOT) strict “Buy America” and “Buy American” standards, connecting U.S. manufacturers and suppliers for work on highways, railways and transit projects, and in the process help to create jobs.

“Investment in transportation is a critical piece of President Obama’s American Jobs Act,” said Secretary LaHood.  “Not only are we improving how we move people and goods, but we are strengthening our economy by providing opportunities for American companies and their employees to build our transportation system here at home.”

With a network in all 50 states and Puerto Rico, MEP serves more than 34,000 American suppliers, helping them to retool their manufacturing capabilities to meet demand, compete in the global marketplace and sell American-made products all over the world.

“This initiative is a win for workers and communities across America,” said Acting Secretary Blank. “The Manufacturing Extension Partnership will connect U.S. manufacturers and suppliers with hundreds of millions of dollars in upcoming highway, railway, and airport projects, providing new job opportunities in every corner of the country.”

MEP will leverage over 1,300 expert manufacturing assistance field staff in over 350 locations to provide knowledge of local manufacturing capabilities from across the nation. MEP will identify suppliers’ production and technical capabilities to match them up with viable business opportunities that may have otherwise gone to foreign suppliers, ensuring maximum economic benefit for taxpayer-funded transportation investments across all modes.

The U.S. Department of Transportation’s Federal Railroad Administration (FRA) will team up with MEP to connect American suppliers with opportunities created by the Obama Administration’s historic investments in high-speed intercity passenger rail, including track and station construction and the development of next-generation trains.  MEP will help DOT to guarantee American companies and workers receive benefits from public investments like the upcoming $782 million order for domestically-built passenger rail trains that will travel in California, Oregon, Washington, Illinois, Missouri, Michigan, Indiana and Iowa.

MEP will also help DOT assure that American companies and workers benefit when the state of California today issues a request for information (RFI) for new bi-level passenger coaches. Responses to the RFI will inform the states of the manufacturer’s capacity to complete the order and identify potential domestic suppliers.  A request for proposals will be issued this winter and winning bids will be selected next summer.

Already, MEP is working with the Federal Transit Administration (FTA) to improve its ability to assess the merits of requests for waivers from Buy America requirements, eliminate the need for some waivers, and strengthen FTA’s support for these requirements. In June, representatives from MEP joined FTA Administrator Peter Rogoff and Deputy Secretary John Porcari for a meeting between transit agencies and rail manufacturers to promote the domestic production of steel rails for streetcar projects.

The Federal Highway Administration (FHWA) will partner with MEP to help identify U.S. manufacturing capabilities to produce new technologies and emerging products for the nation’s highway systems. FHWA tasked MEP to identify U.S. manufacturers with potential production facilities for specialized steel fibers used in ultra high-performance concrete, which is a joint filler material between prefabricated bridge elements. Currently, this steel fiber is only made overseas.

At the U.S. Department of Commerce, the Hollings Manufacturing Extension Partnership (MEP) is part of the National Institute of Standards and Technology, an agency of the U.S. Department of Commerce. MEP is a catalyst for strengthening American manufacturing – accelerating its ongoing transformation into a more efficient and powerful engine of innovation driving economic growth and job creation.

President Obama has called on Congress to pass measures in the American Jobs Act, which invests $50 billion in new transportation construction.  In addition to construction jobs, these investments will pump billions into the domestic manufacturing sector, creating new orders and jobs at American manufacturers and suppliers.