Home Sales Are Still Off to a Strong Start

Existing home sales slipped 3.7 percent in February but are still off to a strong start to the year. The decline was somewhat expected following January’s surprisingly strong 3.3 percent increase but February’s report did come in slightly below the consensus estimate and our own lower call. Sales have averaged a 5.56-million unit pace over the past three months and remain above their year ago levels nationally and at all four regional levels.

February’s dip in home sales allowed inventories to rebound somewhat. For-sale inventories rose 4.2 percent to 1.75 million homes. But even with the gain, the number of homes available for sale remains 6.4 percent lower than it was one year ago, continuing a string of year-to-year drops that stretches back 21 months. Relative to sales, there is now a 3.8-month supply of homes available for sale. A balanced market would have around a 5.5-month supply.

With overall inventories as low as they are, sellers are selling their homes very quickly. The typical home sold in February was on the market for just 45 days, which compares to 59 days one year ago. Moreover, 42 percent of the homes sold in February were on the market for one month or less. The hottest markets remain mostly in the West, including San Francisco, Seattle and Denver, where strong job growth in the tech sector and has kept inventories incredibly lean.

By region, sales tumbled 13.8 percent in Northeast, fell 7.0 percent in the Midwest and declined 3.1 percent in the West. The South, which is by far the largest region for existing home sales, saw sales rise 1.3 percent, likely reflecting strong demand in Florida, Texas, Georgia and the Carolinas. 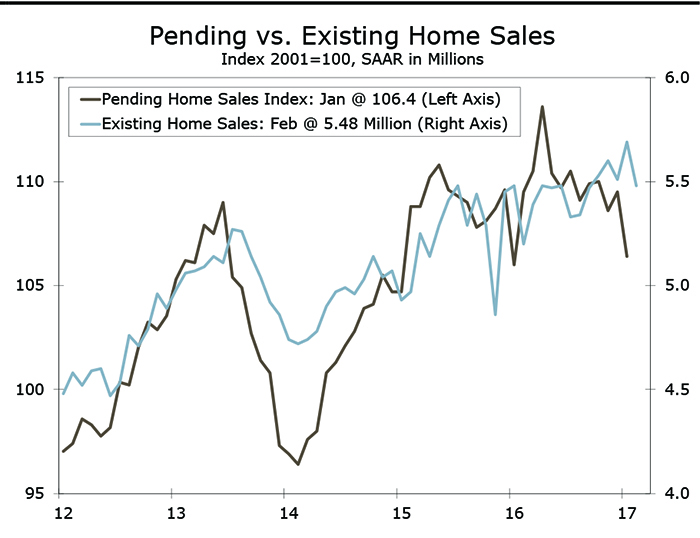 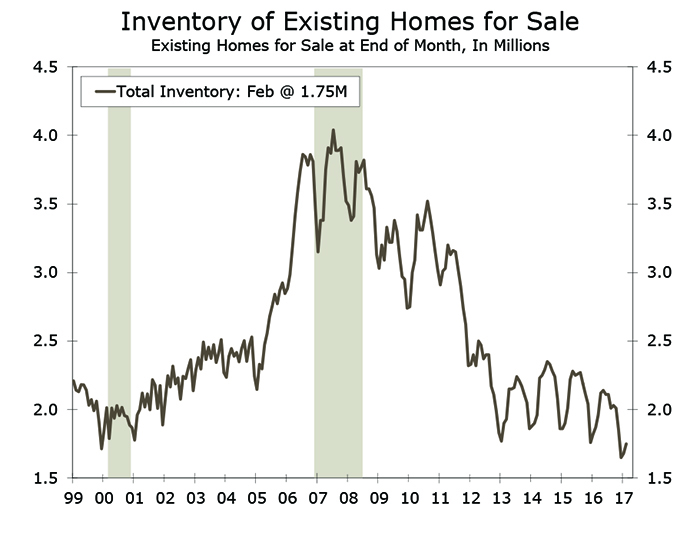 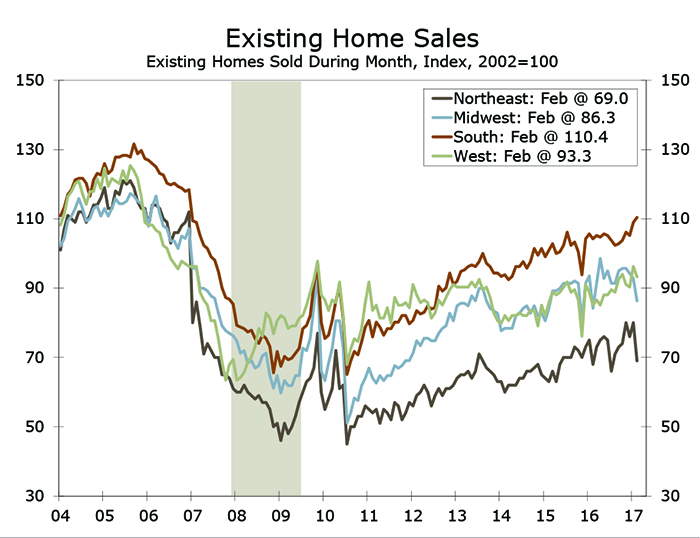