Existing home sales fell 2.8 percent in December to a 5.49 million-unit rate, which was below consensus estimates. Single-family and condos/condominiums were weak on the month. Inventories remain lean. 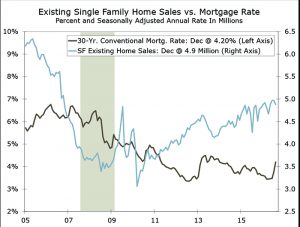