The volatile multifamily component fell a whopping 31.7 percent, while single-family was down 2.4 percent.

 Housing starts came in much weaker than expected, posting the sharpest monthly drop since April 2013. Although single-family and multifamily starts fell in August, the weakness was largely due to the volatile multifamily component. August’s drop follows an upwardly revised 22.9 percent increase in July.

 Overall, starts fell in every region, but single-family starts rose in the Northeast and South during the month.

 Permits fell 5.6 percent in August, also with broad-based weakness. Despite the decline, the level of multifamily permits are running ahead of starts, which suggests we could see improvement in this component in the coming months. However, the recent moderation in apartment demand suggests we could be reaching a peak. Year-to-date single-family permits in August are still about the same level as last year. 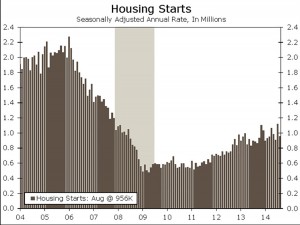 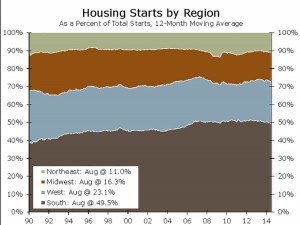 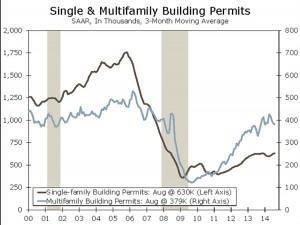 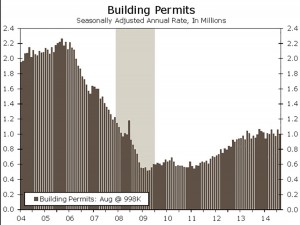