Nonfarm job growth in August of 151,000 is consistent with solid consumer spending in the current quarter. Moreover, historically, August has seen the biggest upward revisions later on, with the initial release underreporting by an average of 62,000 jobs since 2010. Upward revisions are not a guarantee, however, as last August hiring was revised down by 20,000 between the first and third releases.The unemployment rate remained unchanged at 4.9 percent and therefore is still within the FOMC’s estimated range of full employment.

Over the past three months, private payrolls are up an average of 196,000, with strength concentrated in the service sector (top chart). Job gains have remained remarkably steady at slightly below 2 percent on a year-ago basis, with solid gains in education & health services, professional & business services, construction and leisure & hospitality (middle chart). In recent months, job gains have picked up in transportation, professional services and leisure & hospitality. Manufacturing payrolls were down 14,000 in August and have been flat over the past three months. This weakness is consistent with the soft ISM manufacturing print in August and is another sign that the great divide between the service and factory sector continues. The consumer remains the driver of economic growth.

Wages Rising, Watch for Quirk on the 15th

One sign of tightening in the labor market is the gradual pick-up in average hourly earnings with the unemployment rate near estimates of full employment (bottom chart). Average hourly earnings rose 0.1 percent in August, putting the year-over-year gain at 2.3 percent. One caution here is that when the survey week does not include the 15th of the month, there is a tendency for below trend wage gains—exactly what we saw in today’s report. Given weak productivity growth, and thereby upward pressure on unit labor costs, we should see upward pressure on inflation and downward pressure on profits, even with more modest gains in the labor market. 4.0%

While today’s 151,000 print provides further evidence that job growth has 3.5% lost some steam this year, it should be viewed against the longer-term 3.0% structural headwinds facing the labor market. The labor supply is growing less quickly than prior cycles as population growth has slowed and an aging 2.5% workforce has reduced labor force participation. We estimate that even with some cyclical rebound in prime participation rates, as we saw again in 2.0% August, payroll gains above 100,000 should be enough to reduce slack in the labor market. Today’s report reduces the likelihood that the FOMC will 1.5% raise rates in September, but the labor market remains strong enough to support a rate hike in December. 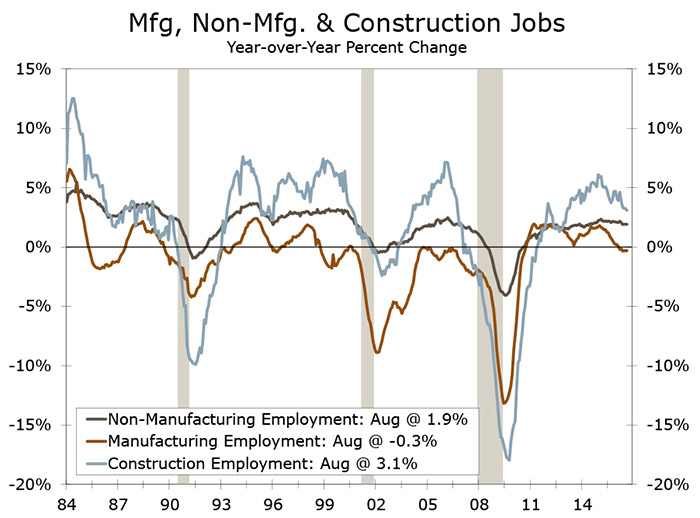 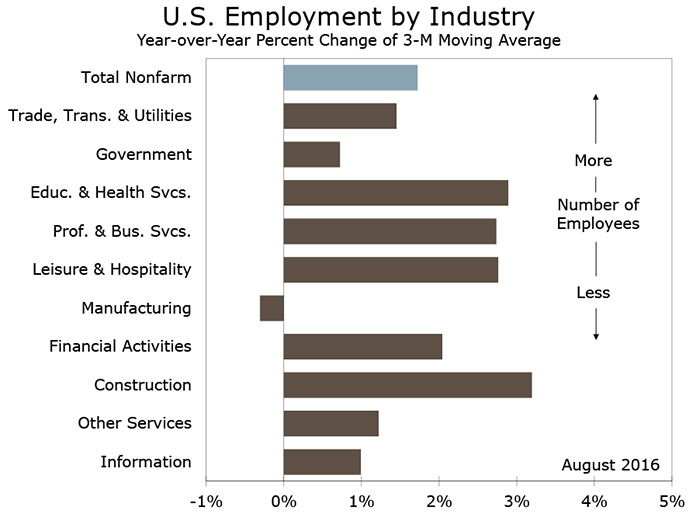 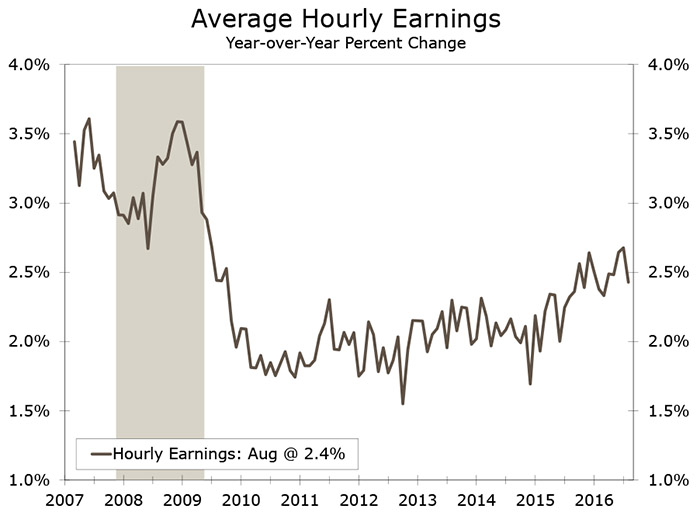