New home sales fell 11.4 percent in April but sales were revised up for the prior three months. Even with the drop, sales remain up solidly on a year-to-date basis and homebuilders continue to report strong demand.

New Home Sales Are Stronger Than They Seem

New homes sales fell 11.4 percent to a 569,000 unit pace. April’s 750 11.4 percent drop in new home sales was much larger than expected but presents less of a change than the headlines suggest. April’s decline was 600 largely due to seasonal influences. Warmer than usual weather pulled the spring selling season forward into the first quarter, particularly in the Northeast and Midwest. Sales were revised significantly higher for each of 450 the three previous months and remain comfortably above their year-ago pace. On a year-to-date basis through April, new home sales are running 300 11.3 percent ahead of the first four months of 2016. Moreover, new home sales have been stronger than their year-ago level every month this year, 150 including April following its big drop.

Sales fell in all four regions during April, with the largest drop occurring in 0 the supply constrained West, where sales plummeted 26.3 percent. Sales also fell 13.1 percent in the Midwest, 7.5 percent in the Northeast and 4 percent in the South, which accounts for the largest proportion of new 600 home sales. But even after those declines, sales through the first four months of this year remain above their year ago pace in all four regions. New home sales in the Midwest through April are up 450 25.6 percent from the first four months of last year and sales in the Northeast are up 14.8 percent. Those two regions were the parts of the country most impacted by this year’s unseasonably mild winter weather.

Mild weather was less of influence in the South and West, where new home sales through the first four months are up 10.1 percent and 7.0 percent year 150 over year, respectively. Supply constraints are a far bigger issue in these rapidly growing regions. While mild weather has generally allowed for more construction in the South and West, builders are running up against 0 shortages of developed lots and having increasing difficulty finding skilled construction workers.

Our optimistic take is backed up by the most recent homebuilders’ survey, which reported that builder optimism rose in May. Homebuilders have shrunk their businesses to fit today’s more modest overall sales pace. For many builders they are seeing all the business they can handle right now. With inventories low, they are also enjoying more pricing power. 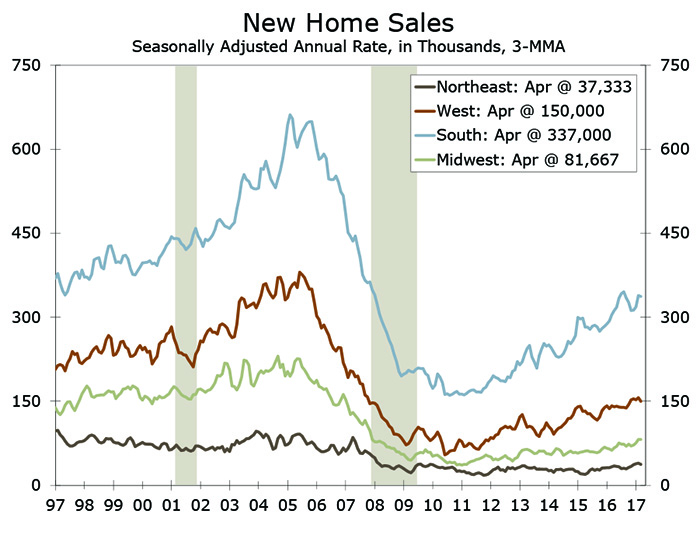 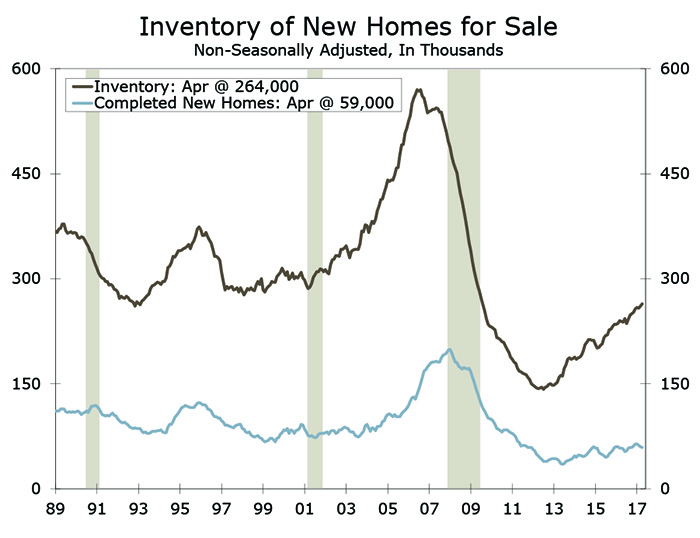 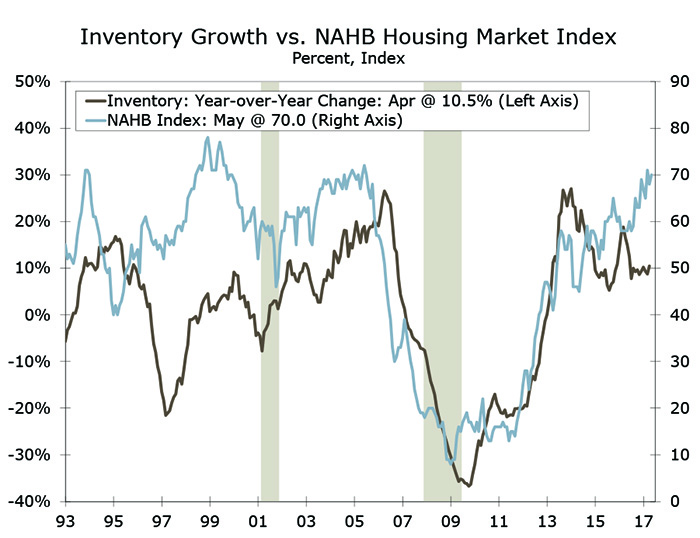