Compensation costs slowed markedly in Q2, increasing just 0.2 percent. Weakness appears concentrated among incentive paid workers, but still may raise doubts among the FOMC as to the strength of wage growth.

Better than the Headline Indicates but Still Not Great

Compensation costs for government workers picked up in Q2, driven by both wages and benefits. In contrast, private sector benefits fell for the second time since the series began in 2001.

The slowdown in ECI wage growth, along with no clear pickup in the average hourly earnings series of the payroll report may lead the FOMC to reevaluate how much slack remains in the labor market and how fast inflation will return to target. 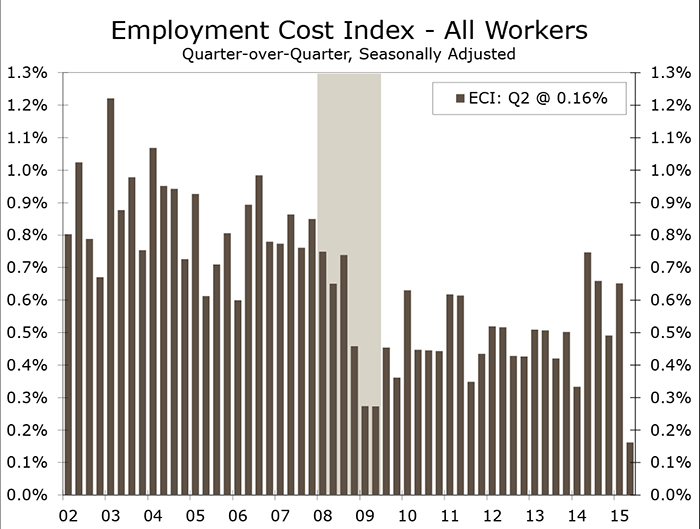 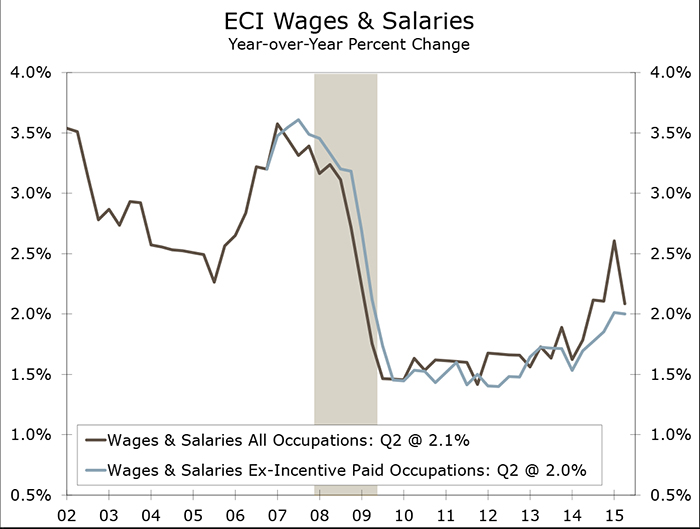 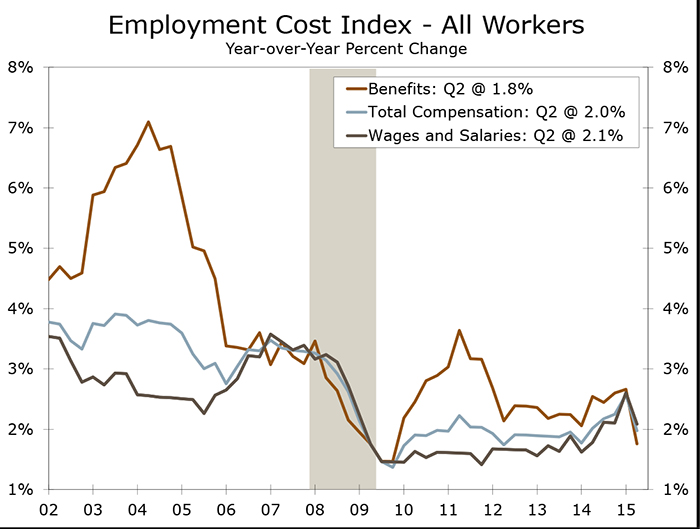 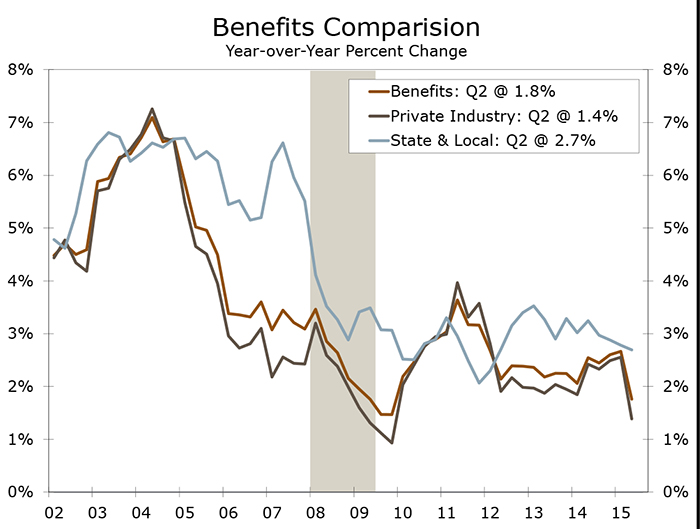