Hard Data Show Slower Job Growth Across the Nation in 2016

Final numbers are in for employment in 2016 and confirm that hiring has slowed across the nation late last year. The Quarterly Census of Employment and Wages (QCEW) is a detailed count of employment and wages derived from the unemployment insurance tax rolls and serve as the basis for the annual revisions to the monthly employment series. The latest data, which are available through December, show hiring slowed a bit more abruptly than previously thought during the second half of last year.

The fourth quarter QCEW data show year-to-year job growth slowing to just 1.2 percent at year-end 2016, or some 0.3 percentage points less than the monthly establishment payroll series. Moreover, the QCEW data show the pace of job growth decelerating more sharply during the second half of last year and shed new light on the slowdown in nonfarm payroll growth over the past three months, which has seen the average gain in nonfarm employment slow to just 120,700 jobs per month. The QCEW series also provide new insights into the lack of wage growth. The U.S. average weekly wage declined 1.5 percent over the past year, which is one of only eight declines in the history of this series, which dates back to 1978.

We usually look to the QCEW data to provide some key insights into local employment developments. Data are available down to the county level. Among the nation’s 344 largest counties, 280 added jobs over the year in December, which is down from 307 counties in September. The fastest growing counties were Williamson, TN (outside Nashville) and York, SC (outside Charlotte). The two counties switched places from September. Lafayette, Louisiana had the largest year-to-year decline, with employment declining 5.1 percent. Counties like Lafayette, which are heavily dependent on natural resources and mining, tended to endure the largest employment declines and job growth in many resource dependent states was either weaker for 2016 as a whole, or, in the case of North Dakota, West Virginia and Oklahoma, declined more than the Current Employment Statistics (CES) survey currently indicates. 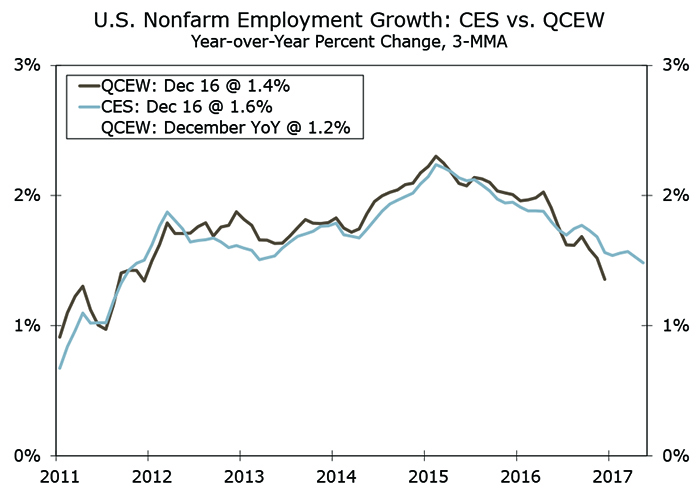 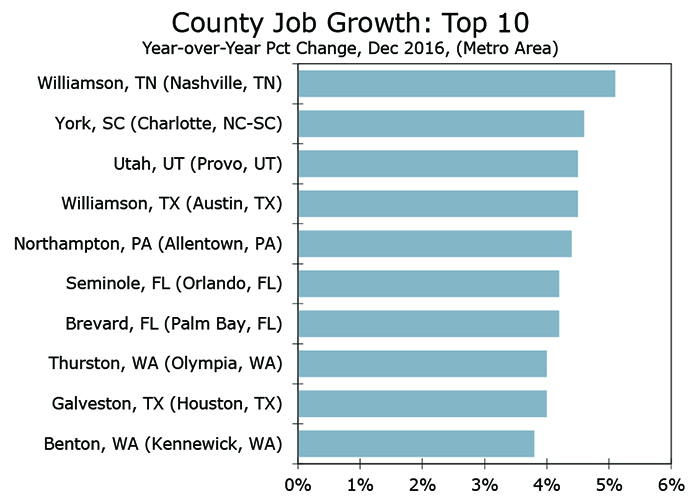 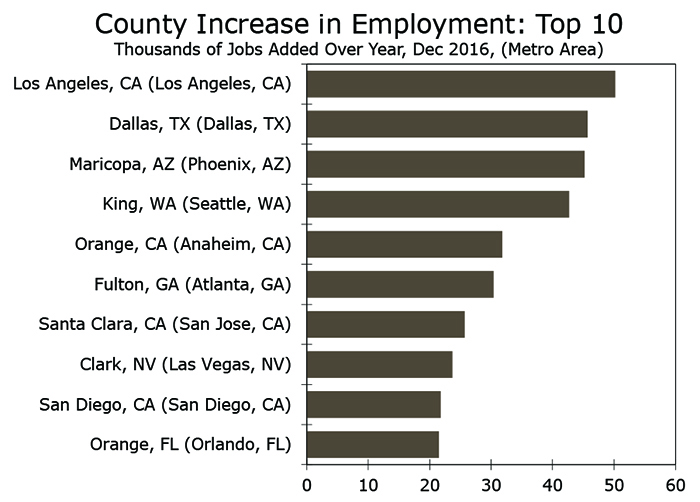