After surging 7.5 points in December, the NFIB’s Small Business Optimism index rose another 0.1 percentage point in January. Five of the indices 10 series rose during the month and five fell, all by a small amount.

The National Federation of Independent Business (NFIB) Small Business Optimism Index rose 0.1 percentage point in January to 105.9. Small business confidence has risen 11.6 percent over the past three months and is currently at its highest level since December 2004. The improvement has been driven by the resurgence in the proportion of business owners that feel the next three months will be a good time to expand, which has more than doubled since October to an expansion high of net 25 percent.

Sluggish sales growth has been a persistent challenge for business owners throughout this expansion. Real GDP growth has averaged just a 2.1 percent pace since the Great Recession ended more than seven and a half years ago. With little pricing pressure, overall revenue growth in the economy has struggled to reach 4 percent each year, which has simply been too slow to cover the rising operating and regulatory costs.

Despite the squeeze on operating margins, more business owners report they plan to boost hiring in the next three months. Hiring plans rose 2 points in January to 18 and are up a cumulative 8 points since October. While more businesses plan to add staff, a rising proportion of firms also report they are having difficulty filling open positions. Attracting skilled workers has persistently ranked as one of the most pressing issues problems facing small business owners, following taxes and regulation. 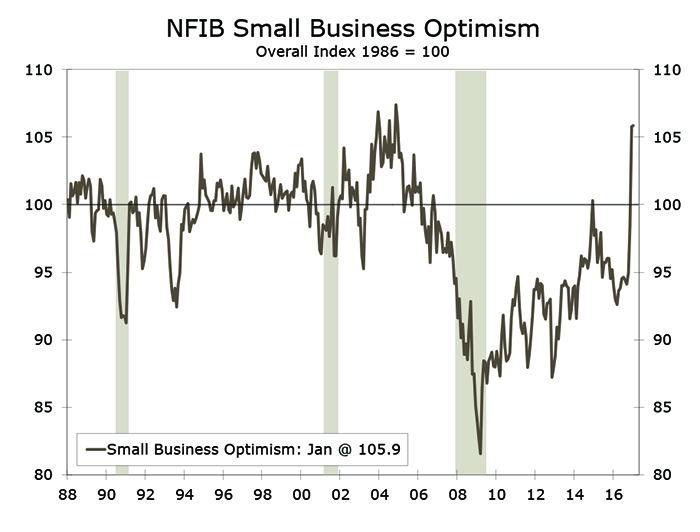 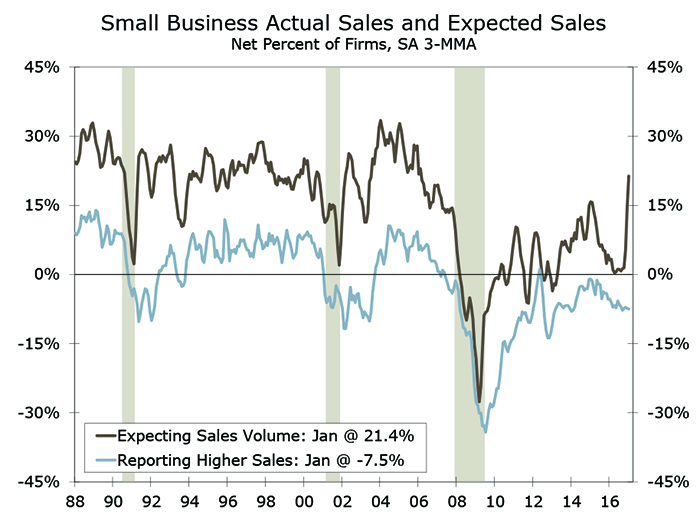 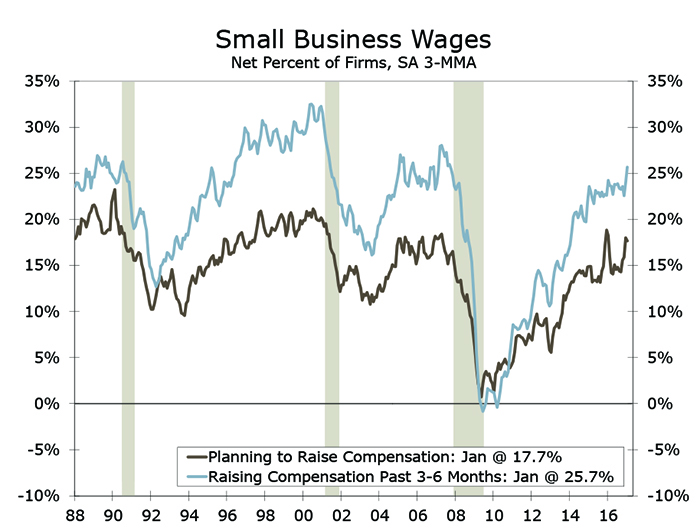