New home sales took off in July, as strong job growth, low mortgage rates and increased construction brought buyers back in droves. The South accounted for most of the gain, with sales surging 18.1 percent.

Momentum Is Shifting Back Toward New Homes

Home Sales Heat Up in the South 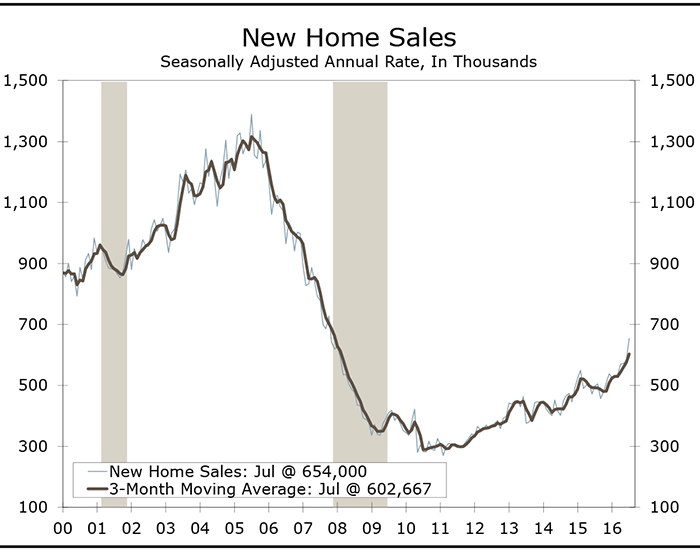 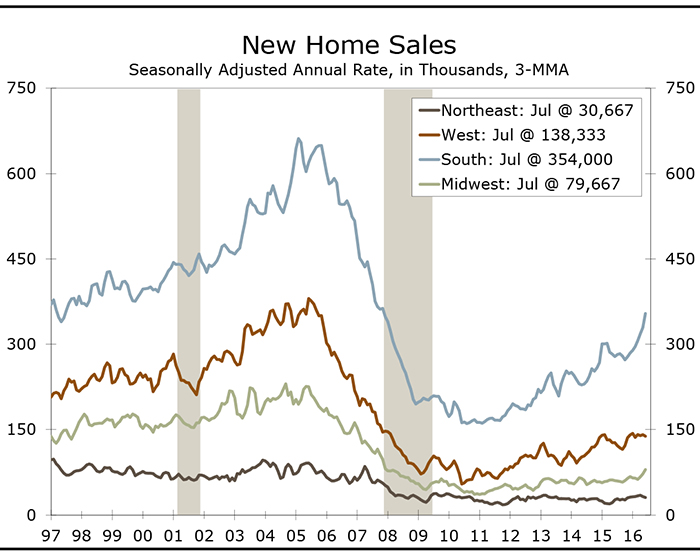 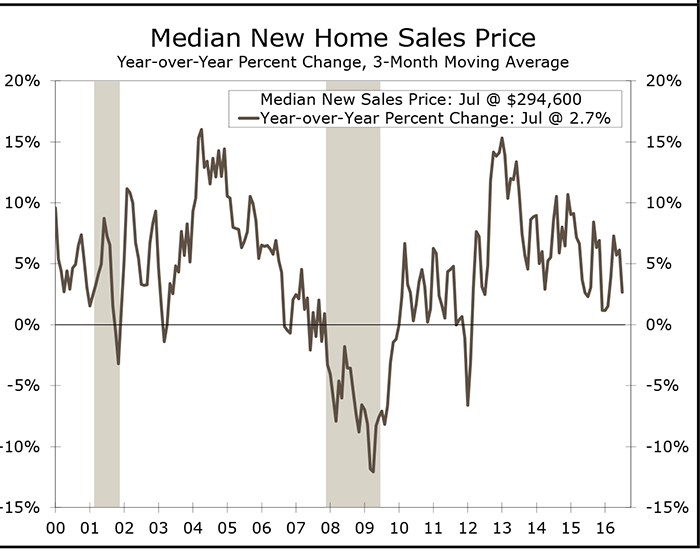 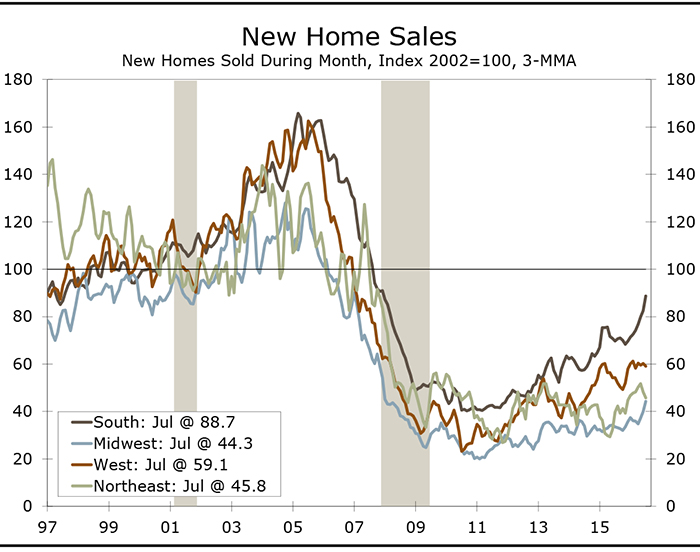 While sales came in below expectations, the lower figures appear to have more to do with a lack of inventories than they do a lack of demand. Overall sales, which reflect closings, are down 1.6 percent from their year ago level. The number of homes available for sale, however, is down a whopping 5.8 percent from its already historically low level. As a result, homes are selling quickly. The average home stayed on the market for just 36 days and 47 percent of homes sold in July were on the market for less than one month.

On a regional basis (Middle Chart), the Northeast saw the sharpest drop, with sales plunging 13.2 percent. Sales fell 5.2 percent in the Midwest and declined 1.8 percent in the South. Sales rose in the West, however, climbing 2.5 percent. The West is home to many of the nation’s hottest housing markets, including Denver, the San Francisco Bay area and Seattle, all of which saw listings remain on the market for a median of just 32 days.

While the overhang of distressed properties has largely cleared the market, the housing crash still casts a large shadow over the housing market, making it difficult for the housing market to rev completely back up. Mortgage underwriting remains stricter than it has in the past and appraisals are often too cautious as well. New home construction has also been slow to come back online, worsening supply constraints.

Moreover, the reluctance of homeowners to put their homes on the market has meant that home prices have risen much faster than income growth, which has reduced housing affordability, particularly in rapidly growing parts of the country such as the West Coast and parts of the Southeast (Bottom Chart). The run-up in home prices has also made it difficult for appraisers to evaluate properties. With many homes selling at or above asking prices, homes are often not appraising at high enough values to qualify for a mortgage, which has led to delays in closings. 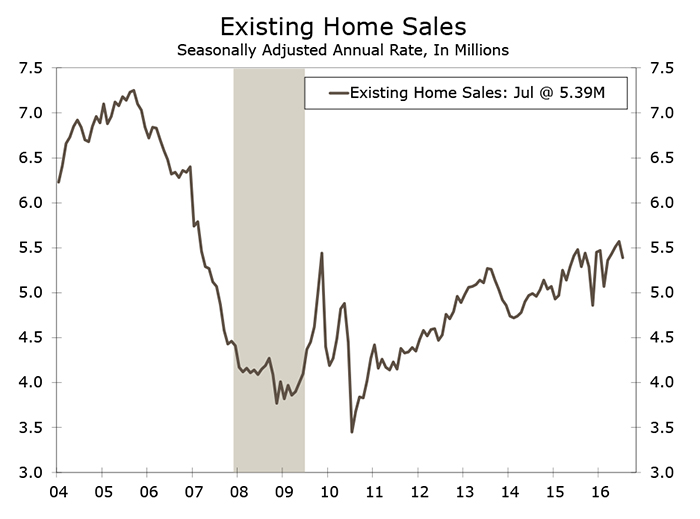 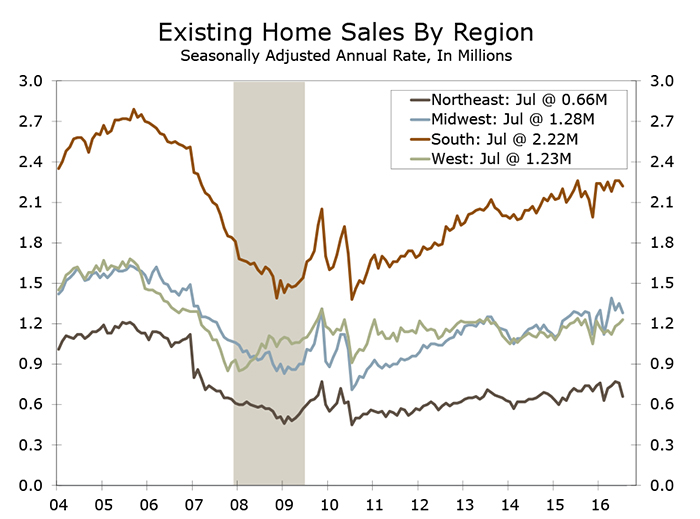 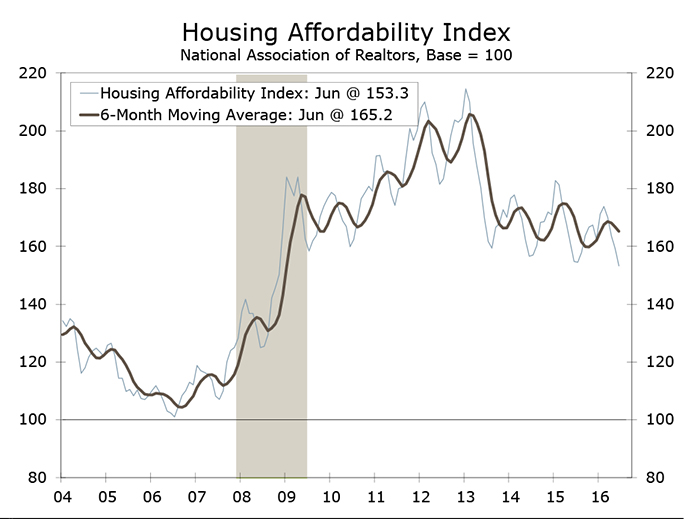