Existing home sales increased 4.4 percent in March to a 5.71-million unit pace—a new cycle high. Inventories remain tight and have helped to push prices up 7 percent over the past year, pressuring affordability

Sales Recover in March with a Little Seasonal Help Existing home sales came in even stronger than our above-consensus call in March. Sales of previously owned homes rose 4.4 percent in March to a 5.71 million unit annual pace—a new cycle high. Sales of both single-family and condos/co-ops rose over the month, but single-family sales have demonstrated a clearer uptrend in recent months and are up 6.1 percent over the past year.

A relatively warm January and February, however, likely helped to propel pending home sales early in the year and suggest some risk to sales early in the second quarter. The Northeast saw the largest increase in existing sales in March (up 10.1 percent), but a late season snowstorm will likely have weighed on closings for April. Sales in the Midwest snapped three months of declines and jumped 9.2 percent in March. Meanwhile, the South, which accounts for more than 40 percent of sales, saw March sales rise 3.4 percent, building on a strong run that began last fall.

Heading into the key spring buying season, inventories remain exceptionally lean. As is typical for March, inventories rose last month, but are down 6.6 percent over the past year. The stronger pace of sales last month kept the supply of existing homes at 3.8 months, well below the 5.5 month supply considered a balanced market. The average number of days a home spent on the market fell to 34 in March from 45 days in February and 47 days a year earlier.

The low level of inventories continues to put upward pressure on prices and dent affordability. The median price of an existing home is up 6.8 percent from last March, with the South and West seeing prices rise north of 8 percent. Combined with higher mortgage rates, affordability has fallen nearly 9 percent over the past year, and has kept the share of first time buyers stuck around 32 percent. Historically, first-time buyers have accounted for about 40 percent of sales. The share of households that believe now is a good time to sell a home reached a fresh cycle high in the preliminary April University of Michigan Consumer Sentiment Survey whereas the share believing now is a good time to buy has been trending lower over the past two years. 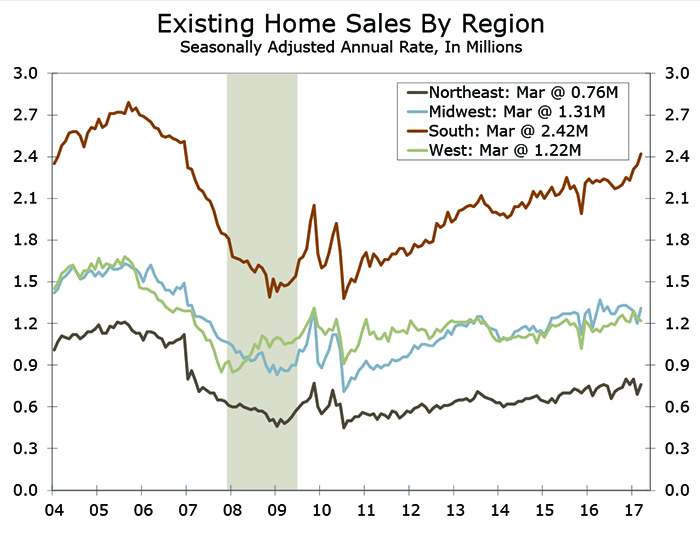 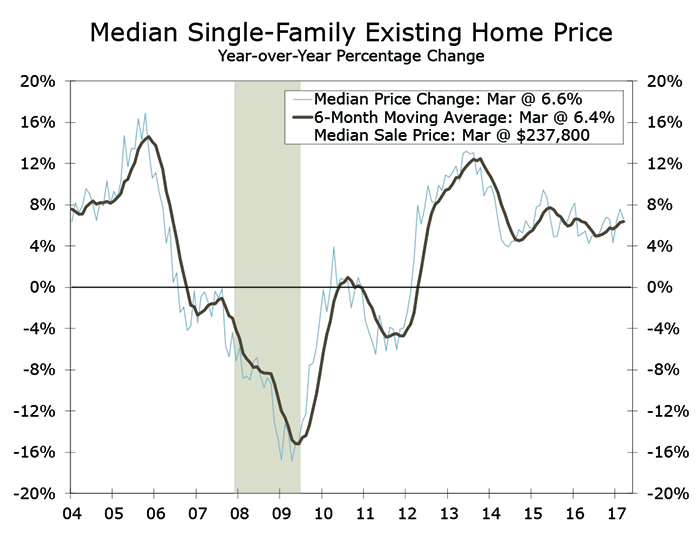 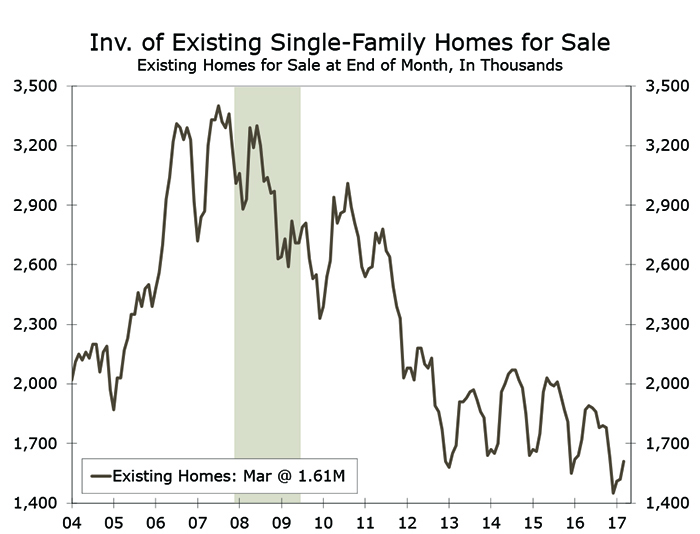