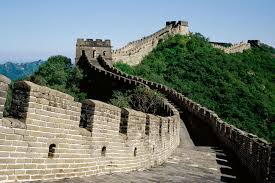 Something has to give.  While China’s journey down the road of economic expansion has transformed the country into the world’s second largest economy, China cannot continue on its present course.  The consensus among business leaders, politicians and economists alike is that Phase One of China’s economic development has run its course and the remarkable era epitomized by 30 years of double-digit economic growth is over.  If the journey toward lasting economic prosperity is to continue significant economic reforms are needed.  Phase Two will require a refueling of political will and a new map.  However, if the reforms are not successfully implemented then the glory days of positive economic progress will likely be behind China and a period of stagnation will ensue.

Whatever happens, China’s future economy will be significantly different from what we have known so far.  The country’s economic fate is in the hands of its current reform minded leaders and their actions will determine if China stagnates or continues to prosper. What’s known for sure right now is that things will not stay the same.

Currently, American companies in China have mostly continued investing and expanding operations there, even though they realize that China’s economy is at an inflection point.  Through ongoing investment, companies are looking to maintain or improve their competitive position while continuing to generate revenue based on the size and ongoing growth of China’s economy, which even as it has slowed recently still outpaces most countries and is the highest among the world’s major powers.  China recently announced that the growth target for the economy this year will be 7.5-percent, the same as 2013.  In making the announcement, Premier Li Keqiang signaled a break with the past by emphasizing that growth would not be allowed to get in the way of reforms.

“Reform is the top priority for the government,” Li said.  “We must have the courage to fight on and break mental shackles to deepen reforms on all fronts.”

For decades, a common refrain among foreign business leaders in China went like this, “China is a tough market where everyone has frustrations and setbacks, but we’ve never gone wrong betting on China’s long term economic success.” Unfortunately, China’s past economic triumphs offer no guarantee for the future.  In fact, historically, when most countries reach the crossroads where China presently finds itself, they fail to make further economic progress.  Economists call it the Middle Income Trap, and Russia along with several South American and eastern European countries are snared in it.

Singapore and South Korea are among those countries that avoided the trap but typically, following an initial burst of frenetic, prolonged economic growth, countries get caught up someplace between poverty and prosperity where growth dramatically stalls.  In China’s case, years of fast-paced economic expansion created inevitable imbalances within the economy.  Now those imbalances have ballooned enough to stand in the way of further economic progress.  Mae West once said, “Too much of a good thing can be wonderful.”  But she wasn’t talking about economics.

Whereas permitting economic imbalances facilitated, and were in fact integral to, Chinese growth for decades, now they are a roadblock to ongoing growth and China is set up for the Middle Income Trap.  The key issue is that the government’s investment-led growth has increased debt to unsustainable levels.

According to Tom Orlik, an economic reporter with Bloomberg and author of the book Understanding China’s Economic Indicators, “The biggest worry about China this year is the state of the financial system.  Massive credit growth has left banks overexposed, and as the economy slows the cracks are starting to show.”

It is imperative for the debt to be addressed and the economy rebalanced away from relying on investment as a primary growth driver.  “The clock is fast running out on China’s tactic of using runaway credit to fuel investment-led growth,” said Patrick Chovanec, an economist with Silvercrest Asset Management.  “At best China faces a growth squeeze from a mounting burden of bad debt, at worse that bad debt will blow up in its face. Either way, China faces a wrenching economic adjustment.”

China’s leaders hope to install a new economic model powered by consumption, services and innovation.  Time is critical now because the old economic model is no longer working and reforms to drive the rebalancing are not fully implemented.  But time is not the only enemy.  Even if the leadership has designed a perfect plan, strong forces within China will try to thwart its execution.

At the heart of the challenge sits this fact: Reform and rebalancing will alter how the benefits of growth are allocated within the economy and the Communist Party leaders, working level officials and government institutions that have been reaping the greatest benefits from China’s growth to-date will receive smaller pieces of the pie.  As the prominent economist Michael Pettis points out, currently the interests of the economic elite and the needs of the greater Chinese economy are not aligned.

Those most affected form a powerful group resisting economic reform. Or to look at it politically within the context of China’s one party system, Party leaders now seek to act against the self-interests of many of the most powerful members and ardent supporters in the Party’s base.

Regarding economic reforms, the main opposition includes cadres and businesspeople who manage the state sector of the economy where much of the previous investment was funneled, along with government officials at the national, provincial and local levels who fed off the system through corruption.   The previous growth model also concentrated tremendous wealth and power within certain economic sectors, such as real estate, and those who were enriched are not going to willingly relinquish their privileged positions within the economy.

By any measure, China’s economic expansion has had an incredible run.  To-date it has lifted more people out of poverty than at any time in history, and created newfound opportunity and widespread prosperity for average citizens.  Many are the Chinese parents and grandparents who can scarcely believe how their living standards have improved, or the modern wonders available to the younger Chinese generation coming of age in this new world.  So, although ordinary households benefited to a disproportionately smaller extent than other segments of the economy, as China grew at a breakneck pace everyone felt like they were winning.

From the US standpoint, American companies and our economy overall have much to gain from a rebalanced Chinese economic model.  For example, as China’s middle class gains spending power there will be new opportunities for US companies in the service sector.  An area where the US is inherently strong.  In addition, China’s plans call for creating more free trade zones which will allow American business to compete without some of the market restrictions encountered elsewhere in China.  And recently the Chinese government has emphasized that markets, not state controls, will play a bigger role in the country’s economic development, a change that if it comes to fruition could satisfy a long standing demand from the American business community.

Like China, the United States once faced a Middle Income Trap of its own, according to economists.  The roaring 20’s were a time of unprecedented growth for our economy which created imbalances and an unsustainable state of affairs.  The reform era which followed escalated tensions within American society as those who amassed wealth and power during the boom years sought to maintain the status quo, but a tough breed of reformers helped the US avoid the trap.

Now, in China, the mettle of a new tough minded group of reformers is being tested.  Their economic decisions and, perhaps more importantly, their political calculations and actions will determine if the Chinese economic miracle continues or stalls.  Many US companies and the success of key sectors of our economy have a stake in how this turns out.

This article appeared in the April issues of the ACP magazines.