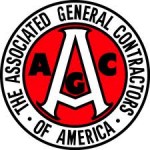 According to the Associated General Contractors of America, employment gains in the construction industry increased across the United States in July. Additionally losses were less severe than in June.

More construction jobs were available in 26 states in July. The states with the largest increases include Kansas, New Hampshire, Oklahoma, West Virginia, Alaska and Arkansas. “Encouraging as it is to see some modest signs of progress, it is increasingly unlikely we’ll keep seeing these kinds of gains over the next few months,” said Ken Simonson, the association’s chief economist in a statement. “There is little to indicate that construction will be adding workers to a significant extent any time soon.”

Over the last year, several states lost a larger percentage of jobs including Nevada, Illinois, Idaho, Colorado and California. The comeback kids from June depressing outlook include Vermont and Wyoming, which managed to recoup the jobs it lost in the previous month. Oregon, New Mexico and Louisiana also added jobs.

Though Simonson credits the job increases with the glut of federal stimulus funded projects around the country, he states that the outlook may not be so rosy as the stimulus money fades. “There are few signs of life in privately funded construction, and state and local budget deficit projections are forcing further cuts in non–stimulus public projects,” he said.

What could stimulate the construction job market as the stimulus money fades is increased investment and revitalization in aging infrastructure, something that has been long neglected in this country. “Continued neglect of our aging infrastructure will damage our economic competitiveness and plunge the construction industry into another cycle of layoffs and hardship,” said Stephen E. Sandherr, the association’s chief executive officer in a statement.