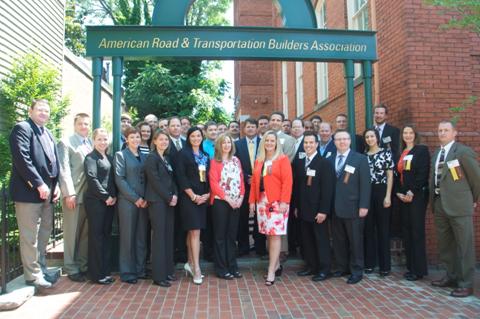 The program was held in conjunction with the association’s annual Federal Issues Program so that YEDP fellows could meet with their congressional representatives to urge them to complete action on the nearly three-year overdue surface transportation program reauthorization.

The ARTBA Transportation Development Foundation (ARTBA-TDF) was established in 1985 as a 501(c)3 tax-exempt entity to promote research, education and public awareness.  It supports an array of initiatives, including educational scholarships, awards, roadway work zone safety and training programs, special economic reports and a national exhibition on transportation.