Ruane noted that while the federal gas and diesel excise rates have remained static since 1993, “the price of paving asphalt has risen 170 percent, the price of iron 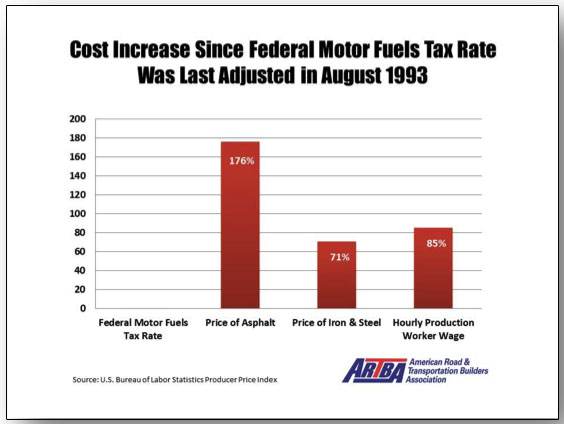 Ruane said data from the U.S. Energy Information Administration (EIA) show that in 1993 when the gas tax rate was last adjusted, American motorists were being asked to contribute 17 percent of the $1.06 per gallon they paid for motor fuel to help fund federal investments in their highways, bridges and transit systems. “This year,’ he said, motorists are contributing 6.6 percent of the $2.80 per gallon they pay on average for motor fuel to support those investments.”

In the letter, Ruane used data and forecasts from the Congressional Budget Office, Federal Highway Administration and EIA to dispute the assertion that the motor fuels excise is no longer a reliable mechanism for generating a sustainable and predictable revenue stream to support future federal investments in surface transportation improvements.

“The mechanism is stable for the next decade,” he said. “The problem is the excise rate.”

A 15 cents-per-gallon increase in the federal gas tax, which would fund a $400 billion six-year highway and transit authorization, “would restore the user pays principle, cost the average motorist less than 25 cents as day and end this morally bankrupt cycle of dumping more and more debt on our children and grandchildren to pay today’s highway and transit bills,” the ARTBA leader said.

Ruane pointed out such a move could also quickly end the chronic congressional search for non-user revenue to bail-out its highway and transit authorizations. “Treasury could begin collecting additional revenue from a rate adjustment as soon as Congress and the president give it statutory authority to do so,” he said. 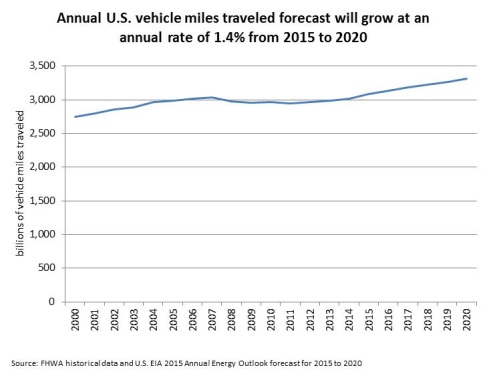 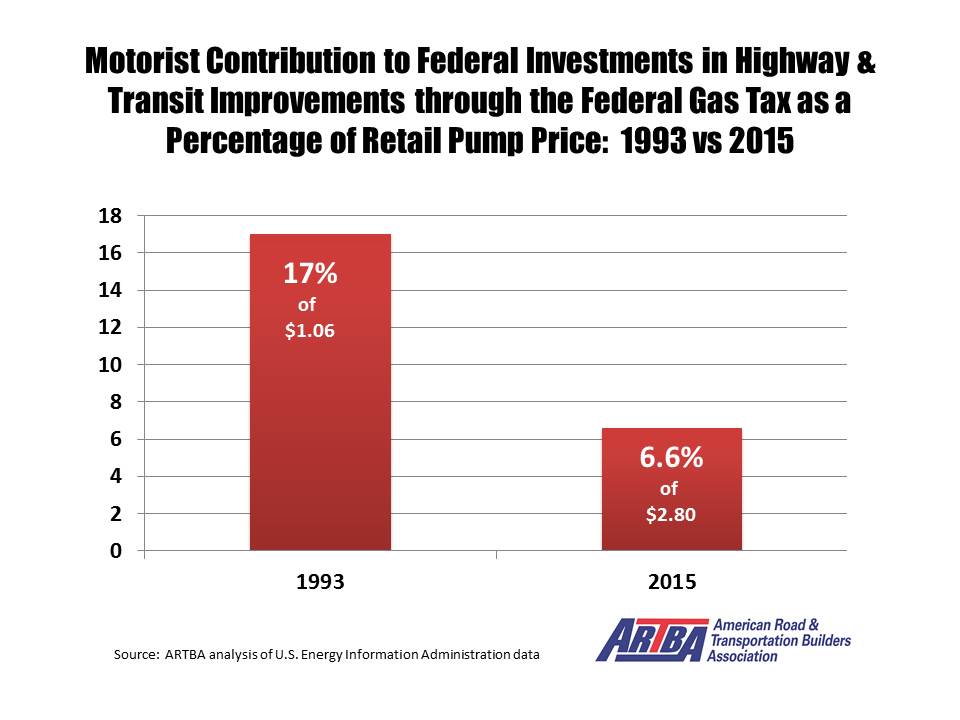 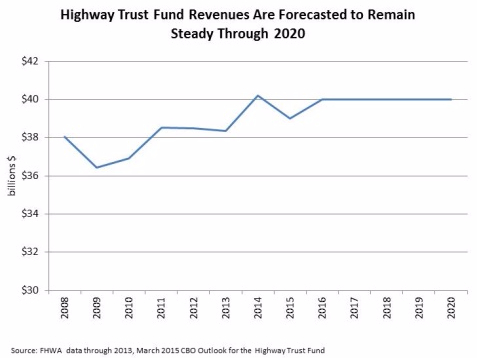