Voting for a gas tax increase to fund transportation investments has not hurt Republicans or Democrats at the ballot box, a new political analysis shows. 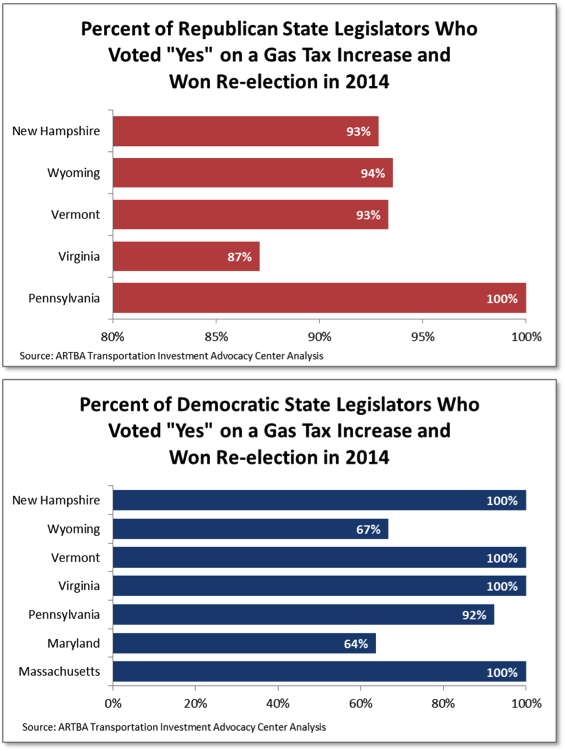 Ninety-five percent of all Republican state legislators who voted to increase their state gas tax to fund transportation improvements in 2013 and 2014 and ran for re-election last November won their races.  That was a one percent higher winning percentage than that racked up by all state Republican legislators who voted against a gas tax increase during the prior two years.

On the Democratic side, 88 percent of state legislators who voted in favor of a state gas tax increase and ran last year were re-elected, as were 86 percent who voted “no.”

“This analysis shows two things members of Congress need to know,” American Road & Transportation Builders Association (ARTBA) President & CEO Pete Ruane says.  “First, a bipartisan majority can be found to increase transportation investment if the leadership of both parties actually lead—rather than play politics—and give their colleagues a chance to vote.   Second, if legislators are honest with their constituents and clearly explain why a gas tax increase is necessary and important and what benefits their constituents will derive from it, they have little reason to fear the ballot box over a gas tax vote.”

Three of the states passing increases had a Republican governor and GOP control of both the House and Senate—Pennsylvania, Virginia and Wyoming.  Three had Democratic governors with party control of both legislative chambers—Maryland, Massachusetts and Vermont.  New Hampshire had a Democrat as governor and a split party state legislature.

The analysis shows 384 Republicans voted against the gas tax measures in the seven states.  Of the 305 who ran for re-election, 19 lost.

A total 1,385 state legislators cast votes on gas tax measures, the analysis found.  Of those voting, 191 were registered as signing the Americans for Tax Reform (ATR) state pledge “to oppose (and vote against/veto) any efforts to increase taxes”—180 Republicans and 11 Democrats.  Thirteen percent of the signees ignored the ATR and supported increased revenue for transportation improvements, the analysis found.  Only one legislator who defied the ATR and sought re-election was not returned to office. 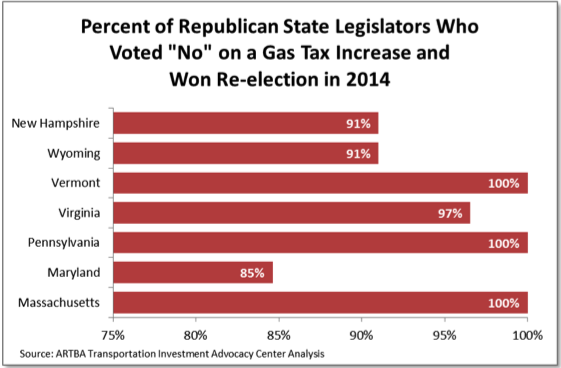 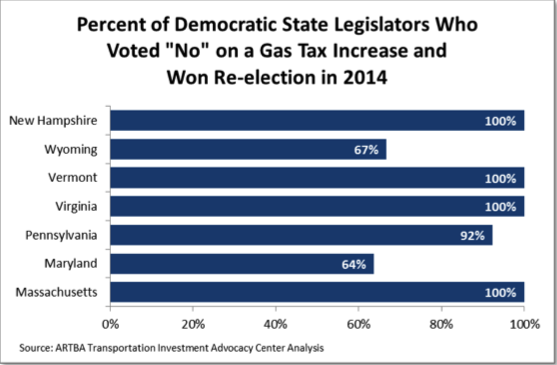 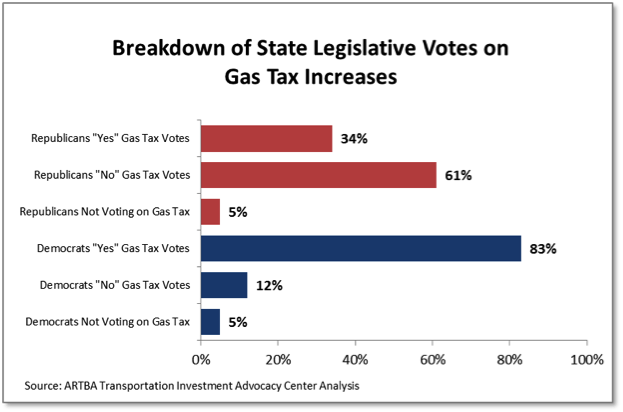