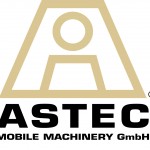 With its eye on international growth Astec Industries has purchased manufacturing and office space in Hameln, which is located not far from Hanover in the state of Lower Saxony. The entity has been named Astec Mobile Machinery GmbH.

Staffed by German engineers, service technicians, and sales staff, the facility will serve all of Europe. The Astec Industries company Roadtec will be taking the lead in developing the facility, however plans are for the location to serve as a European hub for most Astec Industries companies eventually. Roadtec core products are asphalt finishers, cold planers, Shuttle Buggy® material transfer devices, soil stabilizers, cold-in-place recycling equipment and self-propelled brooms used in road construction.

Among the projects in the works already at Hameln is the development of a tamper bar screed, which will be manufactured at Astec Mobile Machinery Europe beginning 1st quarter of 2012. This screed technology is standard in many European countries and will allow Roadtec to begin marketing its pavers there.

The facility will stock parts and provide service to the growing Astec Industries European customer base.

Mr. Michael Pottkaemper is the director of the new facility.