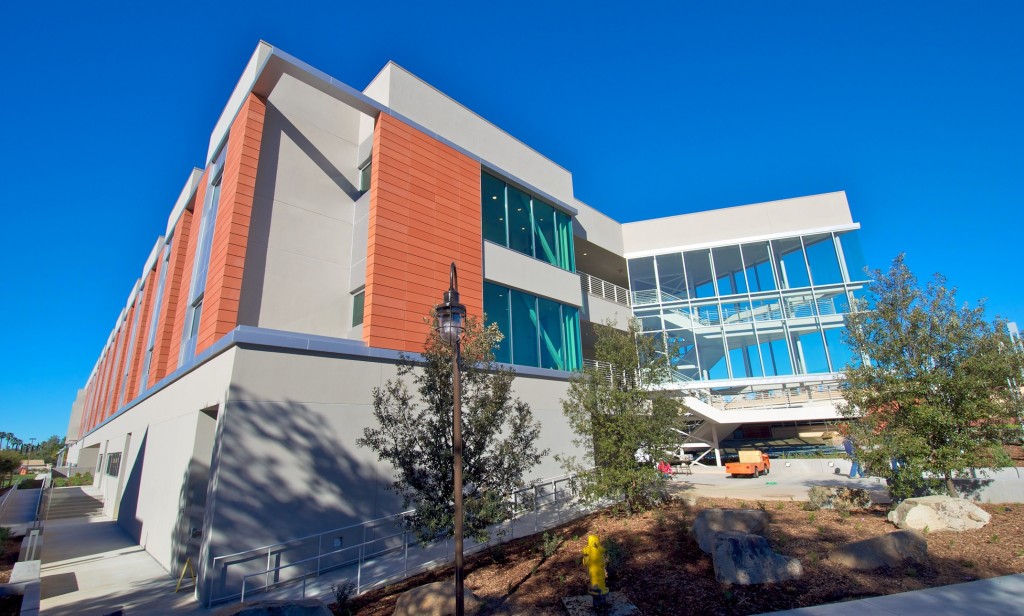 Work has completed on the new, $37 million, Multidisciplinary Building constructed by C.W. Driver on the campus of Palomar College in San Marcos, Calif. The 111,000 square-foot, three-story structure in the San Diego County town took 25 months to complete. C.W. Driver, a builder of higher education facilities in the Western U.S. since 1919, managed the project from preconstruction through commissioning for the Palomar Community College District.

“We are thrilled to have had such an important role in this new state-of-the-art facility on the Palomar College campus, which was built on time and within budget,” said C.W. Driver VP of Operations Darren Mann. “The C.W. Driver team delivered this new classroom and office building while conducting its work within very tight quarters between, and adjacent to, existing campus structures.”

Several unique aspects involved C.W. Driver’s completion of the structure. First, the builder’s work involved the demolition of four existing buildings on campus. Additionally, C.W. Driver crews had to coordinate with a separate construction firm building another project situated directly adjacent to the Palomar College Multidisciplinary Building site. Since the other project had no access to its site except through C.W. Driver’s project site — and because the maximum number of staff and student parking spaces also had to be preserved — the two firms had to share a very limited staging area.

“We scheduled our work in an area so it would not interfere with the other site’s operations,” said Mann, whose team met on a weekly basis with the other site’s workers to discuss common issues and resolve them as a team. “This cooperative effort is indicative of C.W. Driver’s approach when we have situations like this.”