Caterpillar Inc. announced recently it has selected land near Athens, Georgia, as the location for a new facility that will build small 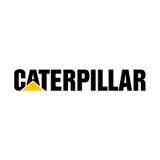 track- type tractors and mini hydraulic excavators. The state-of-the-art, one-million-square-foot- facility is expected to directly employ 1,400 people once it is fully operational. The total investment for opening the new facility will be about $200 million. In addition to the 1,400 people working in the new facility near Athens, Caterpillar estimates another 2,800 full-time jobs will be created in the United States among suppliers and at other non-Caterpillar companies that will support the new facility. Company leaders and officials from the state of Georgia and the Athens area announced the decision today at a news conference held at the Georgia state capitol in Atlanta.

“We are making a series of significant investments around the world to position Caterpillar to maintain its leadership position, and I am thrilled to be in Georgia today to announce that Athens will be the newest city to be home to a Caterpillar production facility. We are even more excited that this project will create more than 4,200 jobs in the United States,” said Caterpillar Chairman and Chief Executive Officer Doug Oberhelman.

“Georgia is proud to have built a business climate that provides the logistics, workforce, speed and efficiency that global industry leaders like Caterpillar are looking for,” said Georgia Governor Nathan Deal. “We appreciate Caterpillar’s continued investment in our state, and this new operation will resonate in our workforce and our economy for generations to come.”

In late 2011, as part of a strategic decision to move production closer to the majority of customers who use small track-type tractors and mini hydraulic excavators, Caterpillar announced plans to open a new manufacturing facility in North America. The new facility will be part of Caterpillar’s Building Construction Products (BCP) Division, which is based in Cary, North Carolina.

“The decision to shift production from Japan to the United States is driven by the proximity to a large base of customers in North America and Europe. Our objective is to better serve those customers from this new factory,” said BCP Vice President Mary Bell. “The Athens site was selected from among dozens of locations considered due to its proximity to the major ports of Savannah and Charleston, a strong regional base of potential suppliers, a positive and pro-active business climate and a good pool of potential employees with manufacturing experience,” Bell added.

“We are thrilled to welcome Caterpillar as our newest corporate citizen and look forward to the opportunity to partner with them in their success,” said Athens-Clarke Mayor Nancy Denson. “Our two counties joined forces to support this project because of its vast potential to create job opportunities and revitalize our local manufacturing industry.”

“Caterpillar’s location in our county will be a major force in establishing an industrial base that balances our residential development and diversifies our tax base,” said Oconee County Chairman Melvin Davis. “With this location, the company will become the largest private employer in Oconee County and an integral part of our community.” 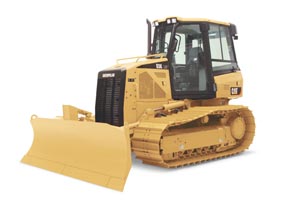 The North American facility will become Caterpillar’s global source for small track-type tractors. For mini hydraulic excavators, the new facility will provide completed machines for customers in North and South America. In addition, the company plans to export partially assembled mini excavator base units to a facility in Europe, where final assembly will take place, improving delivery times for European customers.

“Investments in high output manufacturing operations like the new Caterpillar facility to be built in Athens can be a huge benefit to the local and regional economy,” said Dr. Sharon Younger, President of Younger Associates research firm and faculty member of the Economic Development Institute. “Based on the production capacity of the new plant, I estimate the total economic impact to reach $2.4 billion per year as key suppliers locate in the region and the regional supply chain matures.”

Work at the new plant will include major fabrications, paint and final assembly for both product lines. The company also plans to 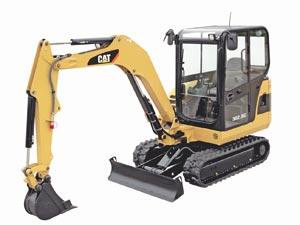 have an on-site product distribution center for small track-type tractors and mini hydraulic excavators produced at the new facility. These machines are currently made at Caterpillar’s Sagami, Japan, facility. Once the transition to the new facility in Athens is completed, the Sagami plant will continue to serve a key strategic role in Caterpillar’s global growth strategy as a high-tech component facility.

Caterpillar plans to break ground on the new facility in Athens in the first quarter of 2012. Initial production at the facility is expected to begin in late 2013, ramping up to full production over a five-year period. The company will use the website www.jointeamcaterpillar.com to fill the majority of open positions at the facility.