Arguing the CAA does not allow state control levels, ARTBA-TDLAEC filed a brief with the U.S. Court of Appeals for the District of Columbia Circuit saying EPA authorization of state preemption of the CAA could render unusable billions of dollars of construction equipment on job sites nationwide, require contractors to purchase new or retrofitted equipment and result in confusing and conflicting state-by-state regulations impacting transportation construction, as well as a marked increase in the costs of infrastructure projects. The court has jurisdiction on CAA cases.

The lawsuit is the launch case for the ARTBA-TDLAEC, the only entity in the U.S. that exclusively focuses legal activities on helping ensure that approved state, regional and local transportation plans and projects move forward expeditiously. It monitors and becomes involved in environmental and business issues that have the potential to impact the planning, design and/or construction of transportation infrastructure projects.

“Whether it’s building or maintaining public transit, high-speed rail, interstate highways, city streets or bridges, every element of our transportation infrastructure network relies on heavy equipment,” ARTBA assistant general counsel Nick Goldstein said. “Amidst an economic recession, we should be taking every step to maximize the return on public infrastructure investment. Permitting a hodge-podge of state rules—many far more restrictive and costly than others—complicates the ability of our industry to reduce congestion, improve infrastructure and add new transit, road and bridge capacity.”

Due to the enormous expense of replacing the affected in-use off-road construction equipment—in some cases more than $1 million per machine—the cost of vital transportation and infrastructure projects will increase if EPA does not act to prevent states from enacting individual controls, the association’s brief said.

In addition, construction firms rely on the value of their construction equipment as assets to finance the purchase of new equipment and to secure bond financing to conduct public project work.

By simultaneously eliminating the value of existing equipment and forcing companies to buy newer equipment, preemptive state-level controls, such rules currently enacted in California, make compliance impossible. Companies will not be able to afford new equipment or bond additional work.

EPA is joined in contesting the litigation by the National Resources Defense Council (NRDC), California Air Resources Board, South Coast Air Quality Management District and the American Association of Railroads (AAR). They are expected to submit their own legal briefs later this year.

Oral arguments in the case could be heard as early as fall of this year. A decision could come by late 2009 or early 2010.

There is always a potential danger involved in the operation of cranes. New ISO standards on crane inspections aim to reduce the risk of accident both to persons involved in a lifting operation and those in the vicinity, as well as damage to property.

Last year there were several deadly crane accidents around the country, including one in Houston that killed four workers and injured seven others. Crane-related deaths have also occurred in New York, Miami, Las Vegas, and again in Houston. These are the major incidents that have made the national press. There are dozens of others that have not received news coverage.

According to www.craneaccidents.com, an Internet site dedicated to reporting crane related accidents:

An Associated Press analysis in June 2008 found that cities and states have wildly varying rules governing construction cranes. For example, cranes in Oklahoma fall under OSHA regulations but operate without any state oversight, state Labor Commissioner Lloyd Fields said. He said Oklahoma might join other states considering improved regulatory oversight of cranes. Oklahoma is among 35 states that do not require crane operators to be licensed.

The new ISO standards are a significant step in the right direction.

ISO 23814:2009, Cranes – Competency requirements for crane inspectors, specifies the competency required of persons who carry out periodic, exceptional, alteration and thorough inspections of cranes. It excludes the day-to-day inspection and checks performed by crane operators and maintenance personnel.

The standard addresses the following issues:

The objective of this International Standard is to achieve a uniformly high competency of crane inspectors worldwide. In some countries, there may be additional regulatory requirements that must also be taken into account.

Two other standards point out that to ensure cranes are operated safely, their proper working and operational conditions need to be maintained. Therefore, all cranes require undergoing inspections to detect deviations from safe conditions so they can be put right. The inspections are the responsibility of crane users or owners. 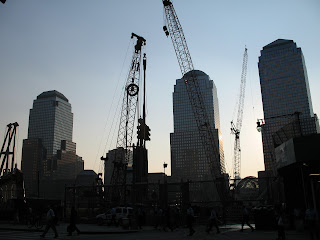 Cranes are used worldwide in the construction, manufacturing and transportation industries wherever the safe lifting and moving of loads is required. The progressive introduction of new International Standards and the regular review of existing ones will have a direct and positive effect on general safety by reducing potential hazards, as well as helping to remove technical barriers to the international trade in cranes.

Safety can never be over stressed, especially in the construction industry. Some equipment is by its very nature and application at greater risk of being involved in jobsite accidents. Cranes are at the top of the list. The industry is acutely aware of the associated risks and working towards establishing standards that will minimize the risk hazard as much as possible.